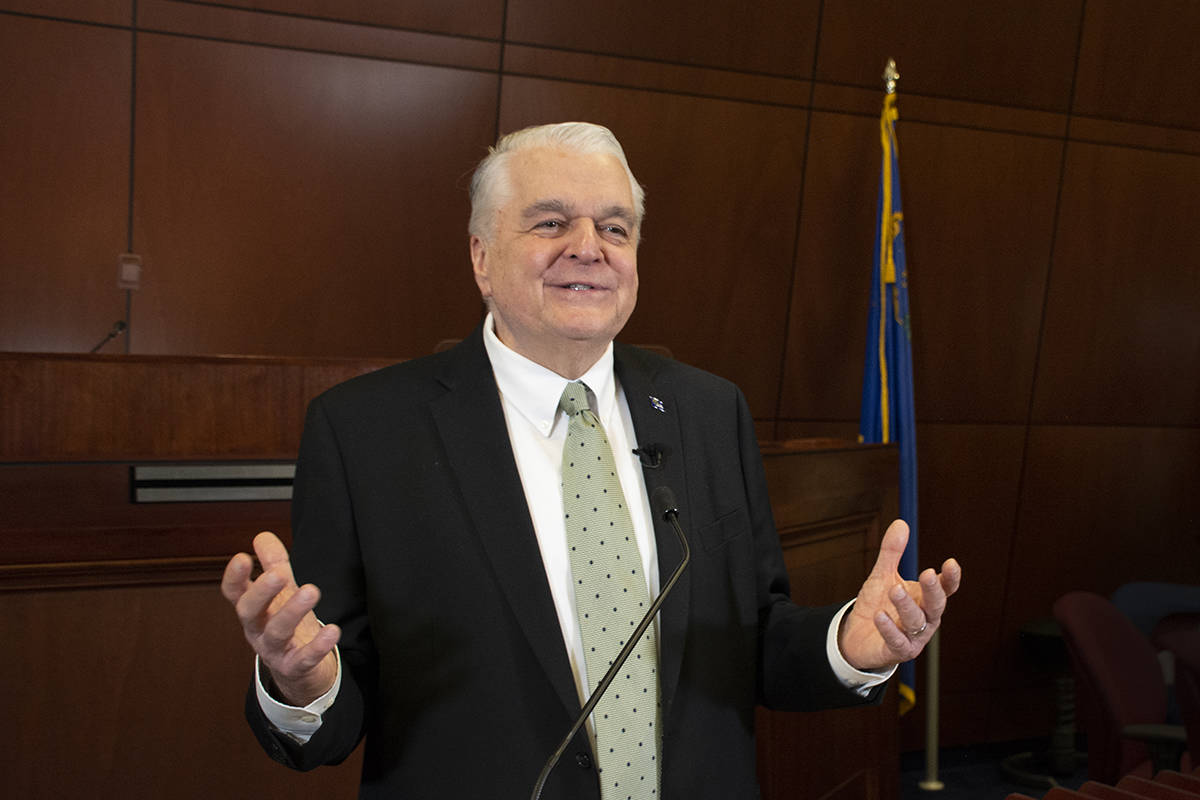 A handful of Nevada’s small-business owners gathered in a virtual setting Tuesday afternoon to share their concerns with state leaders on the financial impact COVID-19 has had on their business and employees.

“I tested positive and we had to completely shut down and that was really tough because we lost three weeks of business,” said Empowered Café owner Cassandra Barcelo, who spoke with her husband and café owner, Christopher. “Luckily, none of our workers got infected but three weeks of product went bad and our employees were without pay.”

The small business roundtable was a chance for local businesses to provide insight into how the state could better help Nevada’s business community from more financial support to questions on when restaurant workers will be eligible for receiving a vaccine.

Sisolak said the state is facing a difficult budget situation but his recent proposal for an additional $50 million towards direct grant assistance to small businesses should offer relief.

“I’m thrilled we were able to find $50 million,” Sisolak said. “We’ve managed to help two-thirds of the businesses with this being approved. We’ll have to see what comes from the federal government … but right now we’re going to be at $100 million (in grant funding).”

Trina Jiles, owner of Las Vegas restaurant Gritz Café, received grant funding from the state and said the money would be used toward payroll.

Jiles said her business has been closed since Monday after an employee tested positive for the coronavirus, adding all of the steps she needed to quickly take from shutting down her business, making sure staff members were tested to sanitizing her restaurant.

“(We’re) slated to reopen Thursday (but) that’s something we could talk to the Legislature about — how can we assist small businesses when an employee tests positive and expedite their business getting open,” she said.

Conine said the state has realized there’s a massive need for assistance to small businesses.

“(PETS is) the largest small business assistance program in the history of the state,” Conine said.

The program currently has $51 million, but Sisolak has requested an additional $50 million to be allocated for the program, bringing the total funding to $101 million.

However, if approved, the additional $50 million is expected to support applicants that applied for funding in October 2020. The program is currently not accepting new applicants, according to GOED.

Conine said the program’s $51 million will be depleted in the next couple weeks but hopes Nevada legislatures will approve the additional funding when it convenes Feb. 1.

He suggested businesses in need of help should also consider programs such as the Paycheck Protection Program as well county and city grants.

Reno-based Smiling with Hope Pizza owner Walter Gloshinski said he and his wife, Judy, temporarily closed their business until they’re able to receive the vaccine.

Gloshinski said the couple have had friends die while others experience lasting health effects after contracting the virus.

“Our employees are mainly college students at UNR, but they live communally and get exposed to the virus all the time,” he said. “All of a sudden our staff (is) short and it was getting so complicated that Jan. 1 we decided to close our business until we get our vaccine.”

Currently, Nevada ranks as one of the lowest in allocation of vaccines, and Sisolak has publicly shared his frustration.

Business was booming for the couple during the pandemic and while Golshinski acknowledged they’ve been luckier than other business owners, the health risks were too great.

“I see so many business friends, small restaurants, and their employees are making $10 an hour. They come to work sick and they don’t say anything because they have to eat and you can’t blame them for that,” he said. “It was getting too scary for us so we had to shut down.”

Randi Thompson, Nevada director of the National Federation of Independent Business, said many businesses have been forced to shut down permanently.