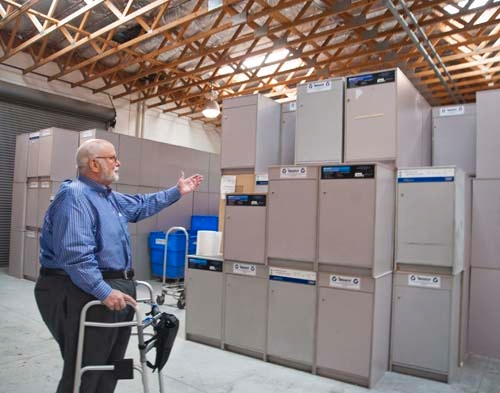 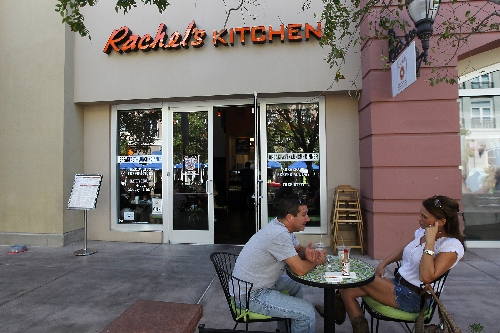 A recent national survey indicated growing pessimism among small-business owners about the economy, but interviews with a smattering of Las Vegas business owners yielded a sunnier outlook.

A survey released last week by the National Federation of Independent Business shows that owners became more pessimistic during September as employment and sales remained weak. The NFIB’s index of owner optimism fell 0.1 point to 92.8.

The survey, which questioned nearly 700 of the NFIB’s members, also indicated the number of owners who plan to create jobs fell 3 points, while the number who plan to reduce their payrolls rose 2 points. More than a fifth of the survey’s participants said weak sales are their biggest business problem.

One reason the NFIB survey showed that more owners expect business to improve: The presidential election will be decided and Congress is likely to have taken action on tax bills. That would remove some of the uncertainty that has contributed to owners’ pessimism the past few months.

Interviews with a Las Vegas Chamber of Commerce official and several Las Vegas business owners painted a different picture from the survey’s results.

Roberts said trends such businesses reporting easier access to capital and increasing numbers of startups in the area are positive signs for the economy. "Unemployment is still too high, but it’s getting better. Overall we’re making improvements. Most of the trends are going in the right direction," she said.

Bob Linden, owner of Shred-It Las Vegas, said he’s feeling positive about the economy – and so are his colleagues.

"Absolutely things are picking up," Linden said. "It’s by no means a torrid pace, mind you, but it’s headed in the right direction."

Business at Shred-It started seeing an uptick toward the tail end of last year, Linden said.

"It’s a welcome change, let me tell you," he added.

Regular Shred-it customers who had scaled back on services because business was slow have started adding them back as business picked up, and Shred-it has attracted new business as well. "I feel good. We’re seeing some good things. Our revenue is growing," he said.

Things are so much better at Shred-it that the company is adding a part-time clerical employee, a full-time salesperson and a new driver.

"I wouldn’t be doing that if I thought things were spiraling downhill like a year ago," he said. "It’s my sense that the economy’s god and there’s business to go after."

Linden is proud that Shred-it did not have to lay off anyone during the depths of the recession. The company handled the economic downturn by not filling vacancies and by instituting an across-the-board salary cut. Linden looks forward to restoring those salary levels.

Count Debbie Sofer Roxarzade, founder of Rachel’s Kitchen, as another local business owner who is bullish on the economy.

Two locations of Rachel’s Kitchen – the original restaurant on the outskirts of Summerlin and one in The District in Henderson – are doing well, and two new locations – in north Summerlin and at The Ogden in downtown Las Vegas – will be opening soon. Roxarzade said she also recently signed a lease for a location in Centennial Hills.

"It’s definitely picking up. All in all, there’s just more growth and movement," Roxarzade said, noting contractors are telling her they are seeing more building going on now.

The first location, which opened in 2006, and the second location have weathered the recession, and even thrived. "We have a good product, and our two locations have survived the tough economy. We’re fortunate enough to be doing very well," she said.

Now, "we’ve got the confidence we’ll be able to survive in the new markets as well."

Roxarzade said Rachel’s has hired 20 new people for the new north Summerlin location, and has added another three to handle an expansion at The District location. She anticipates another 15 to be hired when the Ogden location opens this winter.

"As long as we have a good product, regardless of the economy, people still need to go out and eat," she said.

At Couture Bride, business was so brisk that owners Annette Cirillo-Bergen and Dawn Heaney barely had time to sit down for a quick interview Thursday afternoon. "It’s just been crazy busy," said Cirillo-Bergen.

The recession hit hard at the upscale Las Vegas bridal shop, but it managed to make it through the difficult throes of the recession by rethinking the business model. Before the recession, the shop’s opening price point for a dress was $3,200 and went north of $8,000 to $10,000. When the recession hit, fewer brides were looking for the high-end dresses.

"People were walking in and walking back out when they heard our opening price point was $3,200," Cirillo-Bergen said. "More people were coming in looking for dresses in the $1,000 to $1,500 range."

That’s when the two owners decided they had to find a line of less expensive bridal gowns that still managed to fit in with their couture brands. They found a Canadian line that had a top price of $1,650, and found a new stream of customers.

"We’ve had to reinvent ourselves," Heaney said.

"We brought our business more in line with the economic needs of brides while still providing for the couture needs," added Cirillo-Bergen. "And whether the dress costs $5,000 or $1,650, the bride is still just as important."