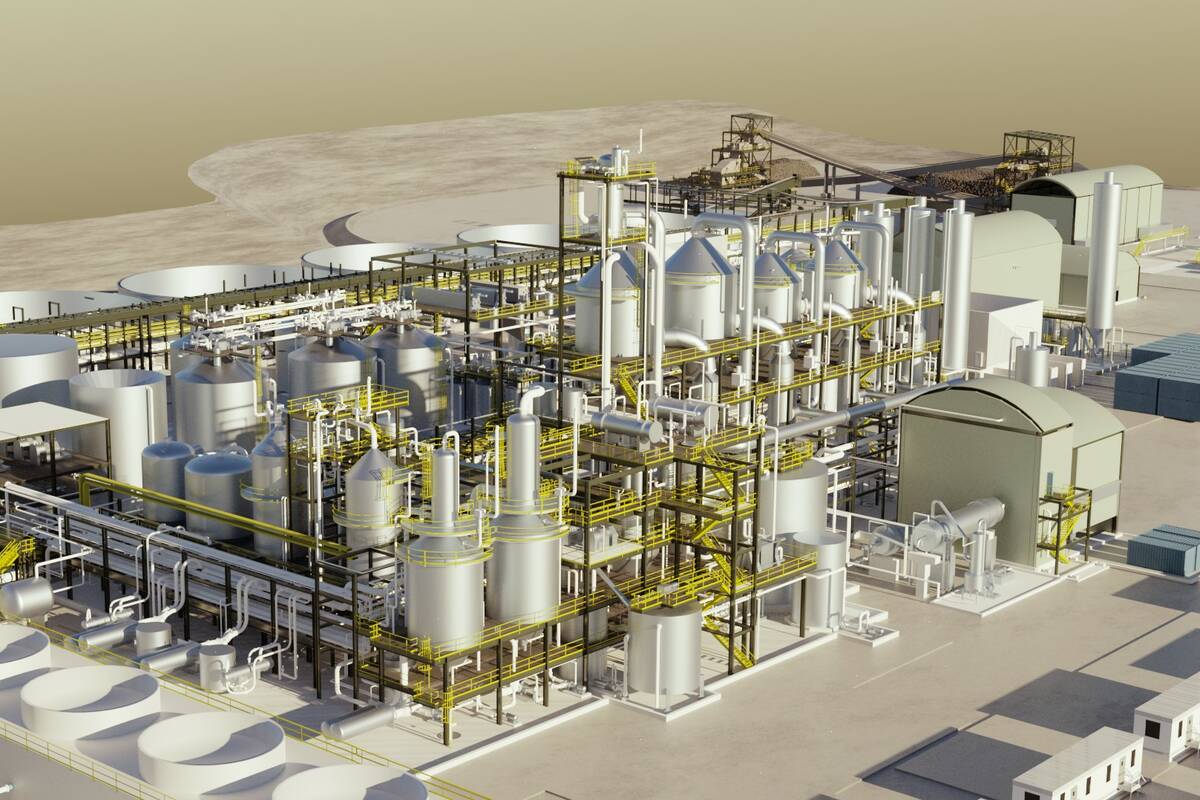 A rendering of the production facility at the planned Rhyolite Ridge lithium mine in rural Nevada. (Courtesy)

A South African mining firm is pumping $490 million into a lithium mine project in rural Nevada, giving the venture a big financial boost as demand for electric vehicles and other lithium uses grows.

Management would start construction of the mine after it obtains a federal environmental permit, which isn’t expected until the second half of 2022, and hopes to have the facility up and running in 2024, according to James Calaway, executive chairman of Australia-based Ioneer.

Nevada is a key source of metals and minerals for mining firms, with the state comprising by far the biggest source of gold production in America. Ioneer’s lithium mine, some 240 miles northwest of Las Vegas, is expected to produce more than 20,000 tons of lithium battery material per year, Calaway said.

Lithium has a range of uses, including, most importantly, in rechargeable batteries for cellphones, laptop computers and electric vehicles, according to the Royal Society of Chemistry.

Plenty of lithium exploration has occurred in Nevada over the past 10 years, though only one lithium mine, also in Esmeralda County, is operational statewide, said Tyre Gray, president of the Nevada Mining Association.

That facility, operated by Albemarle Corp., is the only producing lithium mine in North America, according to the company.

All this in a county that, as of summer 2019, boasted only 873 residents, the U.S. Census Bureau reported.

Located on federal Bureau of Land Management land, the Rhyolite Ridge project is expected to cost nearly $1 billion and span around 600 acres, Calaway told the Review-Journal.

He said that when the mine is fully operational, it will support production of about 400,000 electric vehicles per year.

Calaway also said the mine is expected to produce 175,000 tons of boric acid annually.

More than 500 products with boric acid are sold in the U.S., including pesticides, fertilizers, household cleaners and laundry detergents, according to the National Pesticide Information Center.