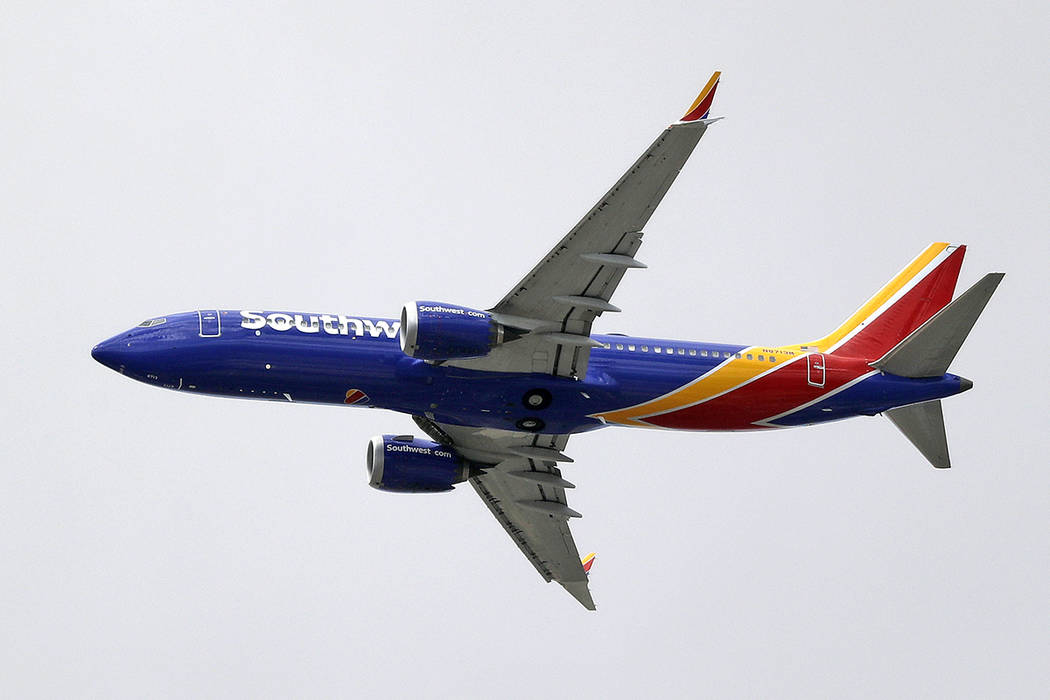 Flights on Southwest’s MAX jets have been removed from the airline’s schedule through Feb. 8.

MAX jets have an important role in the airline’s Las Vegas schedule because many of the 228 daily nonstop flights to and from 54 cities through McCarran are long-range flights for which the MAX is best-suited.

In announcing earnings Thursday, the airline again said that it will seek compensation from Boeing Co. for the grounding of the jets, which were taken out of service after two MAX jet crashes that killed 346 people in Indonesia and Ethiopia in November and March.

Southwest has indicated the jet groundings will have no additional impact on holiday travel.

“We are engaged in ongoing discussions with The Boeing Co. regarding compensation for damages related to the MAX groundings,” Southwest Chairman and CEO Gary Kelly said in a statement issued Thursday with its earnings announcement.

“The operating income reduction from the MAX groundings is estimated to be $435 million for the nine months ended Sept. 30, 2019, and we expect the damages to continue to grow in 2020,” he said. “We have not reached a settlement with Boeing, and no estimated settlement amounts have been included in our third-quarter 2019 results.”