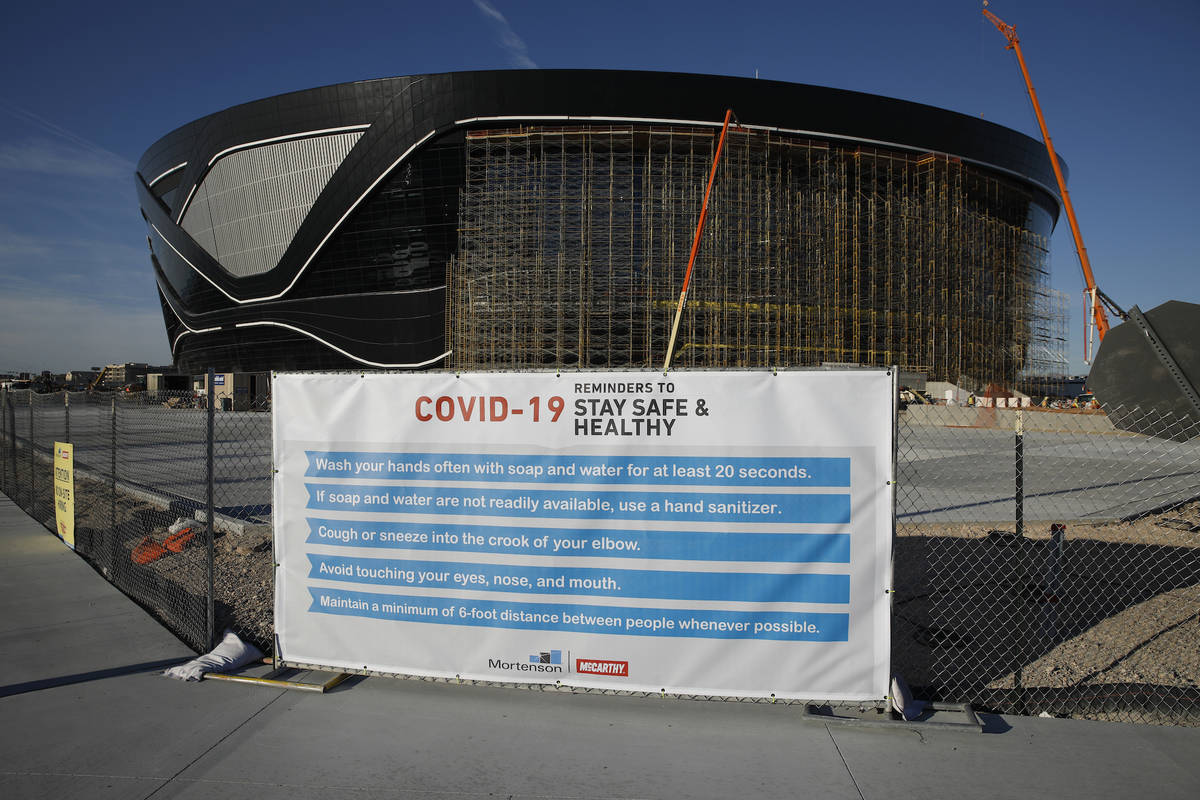 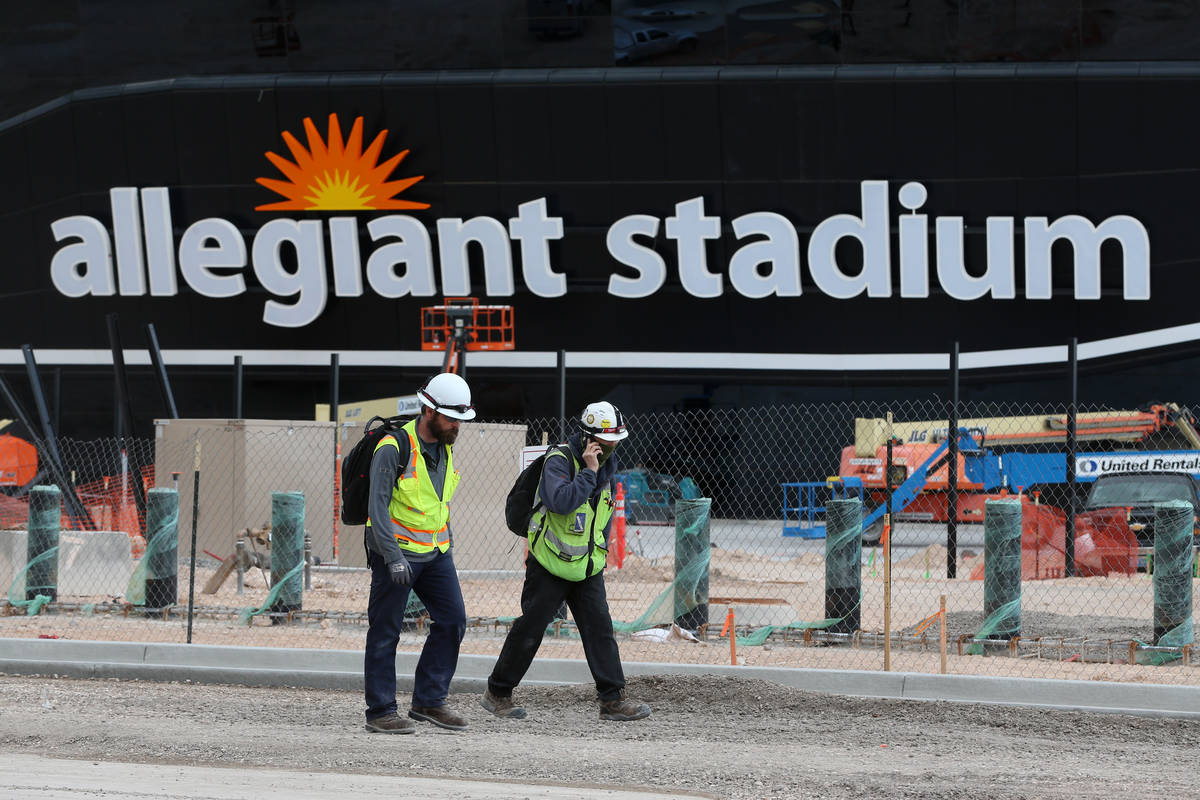 Construction on the Allegiant Stadium project was already going to be a challenge for contractors, given workers needed to complete more than 25,000 tasks to get from undeveloped land to a $2 billion stadium in 31 months.

Layer in the unprecedented shutdown of the economy resulting from the outbreak of the coronavirus pandemic in March and the challenge became even more daunting.

But two key factors helped keep the 65,000-seat stadium project on track: the vast experience of Minneapolis-based general contractor Mortenson Construction on stadium and arena projects and Gov. Steve Sisolak’s directive that construction work is an essential business that could continue, even through the pandemic.

“I worked with both Mortenson and (its joint-venture partner) McCarthy (Builders) earlier in my career, so I knew they were capable of finishing on time even though they had steel supply-chain problems early on,” said Steve Hill, president and CEO of the Las Vegas Convention and Visitors Authority.

“We had additional signage (on the site), hand sanitizers, and all those did pose somewhat of a challenge when you had a site of 2,200 workers all day, every day, trying to enforce that along with face coverings and everything else,” said Paul Dudzinski, project manager for McCarthy.

“We had split shifts and brought other people in on nights and the whole 6-foot social distancing was a little bit of a challenge in regards to just keeping workers separated,” Dudzinski said. “A lot of construction tasks do require two people based on weight of materials and other things, so that was another challenge. How do you do two-person tasks while maintaining the governor’s recommendations and (the state Occupational Safety and Health Administration)’s and (Centers for Disease Control and Prevention)’s recommendations?”

Much of the solution came down to precision scheduling.

Don Webb, chief operating officer of the Raiders’ StadCo stadium construction subsidiary, who often equates choreographing schedules on the stadium site to “building a 17-acre Swiss watch,” said the key is making sure the manpower, equipment and parts are within easy access at exactly the right time so that there are no delays in trying to find something. It’s all organized with a computer program.

On top of the scheduling came the special health and safety requirements imposed as a result of the virus.

Dudzinski said among the special protocols imposed by the Mortenson-McCarthy joint venture for the stadium job site were to require face coverings for all workers and site visitors, physical distancing and recommended personal hygiene practices and reduced worker concentrations.

The job site also imposed increased sanitation and cleaning throughout the project site, including high traffic areas, which were sanitized multiple times a day. The company also staggered start times to minimize the number of workers entering the site at the same time and used teleconferencing whenever practical. The companies also formed a COVID-19 compliance team to ensure adherence to local, state and national laws and recommendations.

Large-group activities were suspended March 16, right around the time crews were working feverishly to move the stadium’s roof into place and intense interior projects were ramping up.

The project, in all likelihood, wouldn’t have been completed by July 31 as planned had it not been for Gov. Steve Sisolak insisting that construction was an essential service and could continue to operate.

Public health experts said it was possible for job sites to be operated safely amid the outbreak if extra precautions were taken, and state officials released guidance on social distancing and the restriction of group meetings to no more than 10 people. They also required daily surveys of workers’ health conditions.

Even with the special protocols in place, 15 workers tested positive for the coronavirus and self-quarantined. In addition, Nevada OSHA in July imposed a $13,494 fine on Mortenson-McCarthy for an unspecified violation. The company disputes the OSHA findings and has formally contested them.