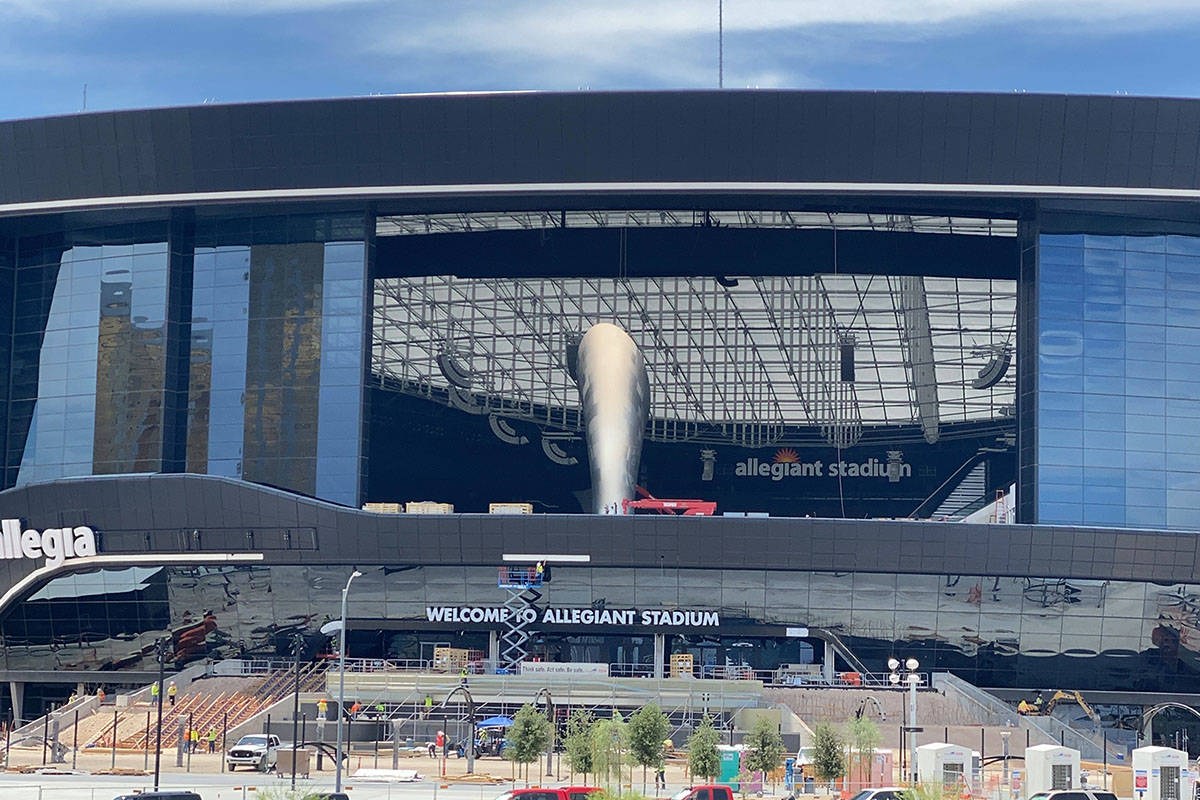 For the first time in months the massive lanai doors of Allegiant Stadium opened, revealing the shining light of the facility.

The 85-foot Al Davis memorial torch that spans multiple levels of the stadium could be seen towering over the main entrance on the north end of the Raiders’ new $2 billion home.

What is the largest 3D-printed object in the world, according to Don Webb, chief operating officer of the Raiders’ construction subsidiary, coupled with the lanai doors, will serve as a centerpiece in a stadium filled with notable features.

The torch is made of carbon fiber and aluminum. It won’t have an actual flame but instead will be a mixture of lights and special effects.

Davis was the team’s principal owner and general manager from 1972 until his death in 2011.

The lanai doors are retractable doors that will open on game and event days, weather permitting, giving the 65,000-seat stadium an open feel.

A 55,000-square-foot peristyle club will encircle the torch. It is one of nine clubs in the stadium, but it’s the only one open to any attendee who purchased a ticket for a stadium event.

With the doors open, fans will have a spectacular view of the Strip to the northeast.