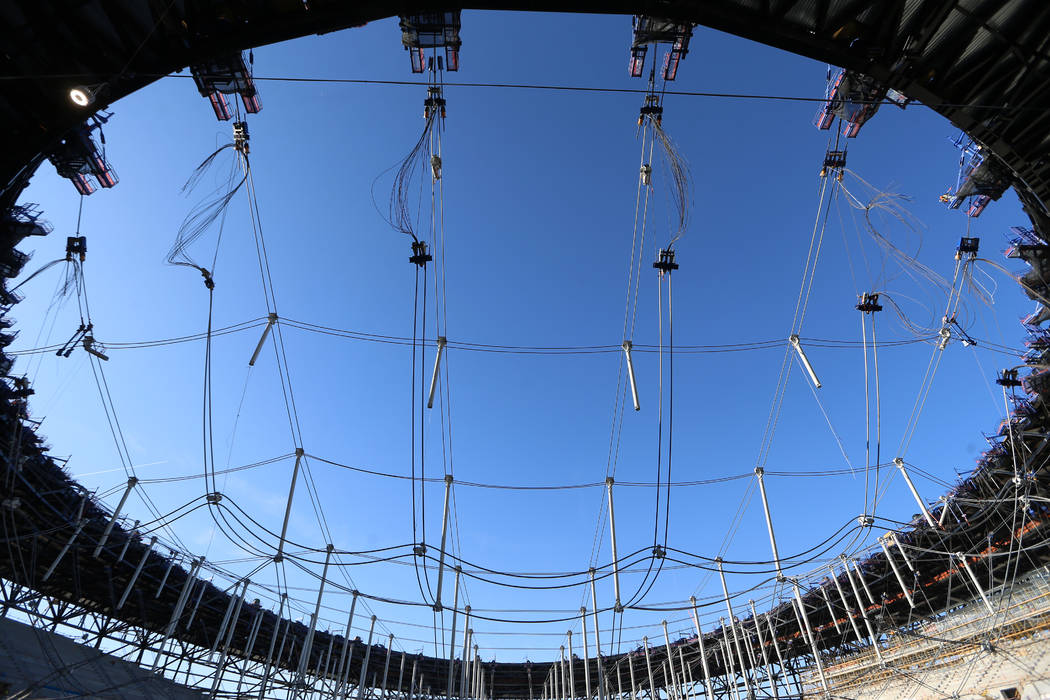 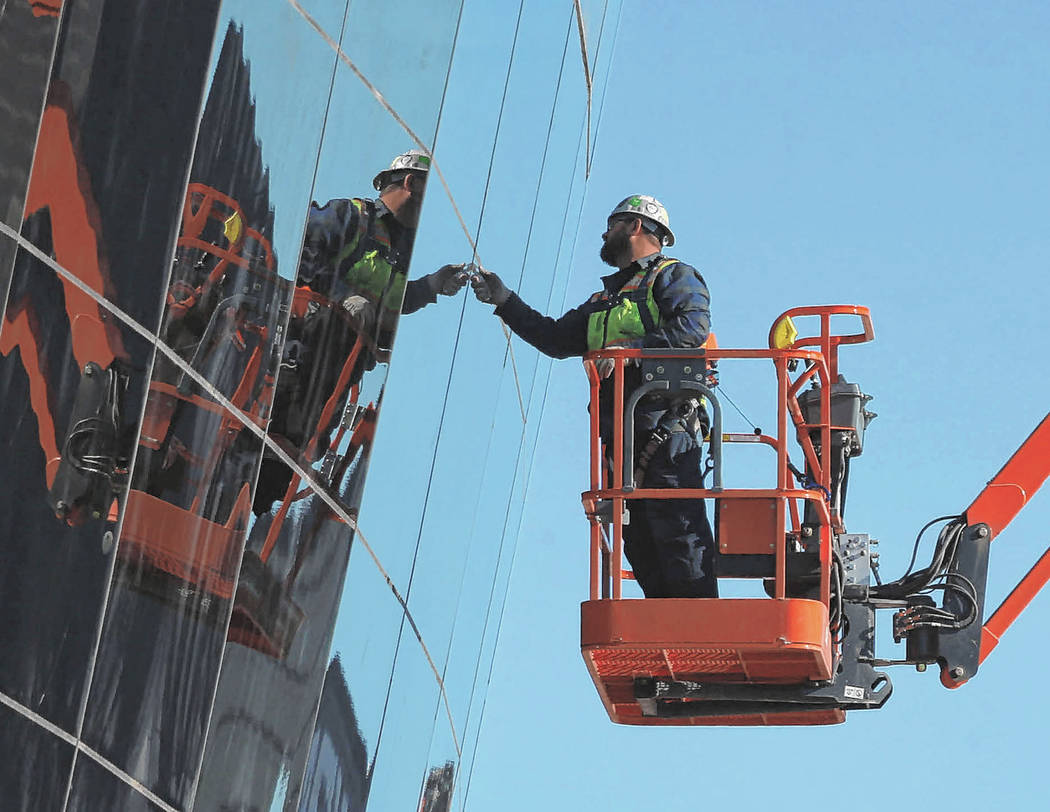 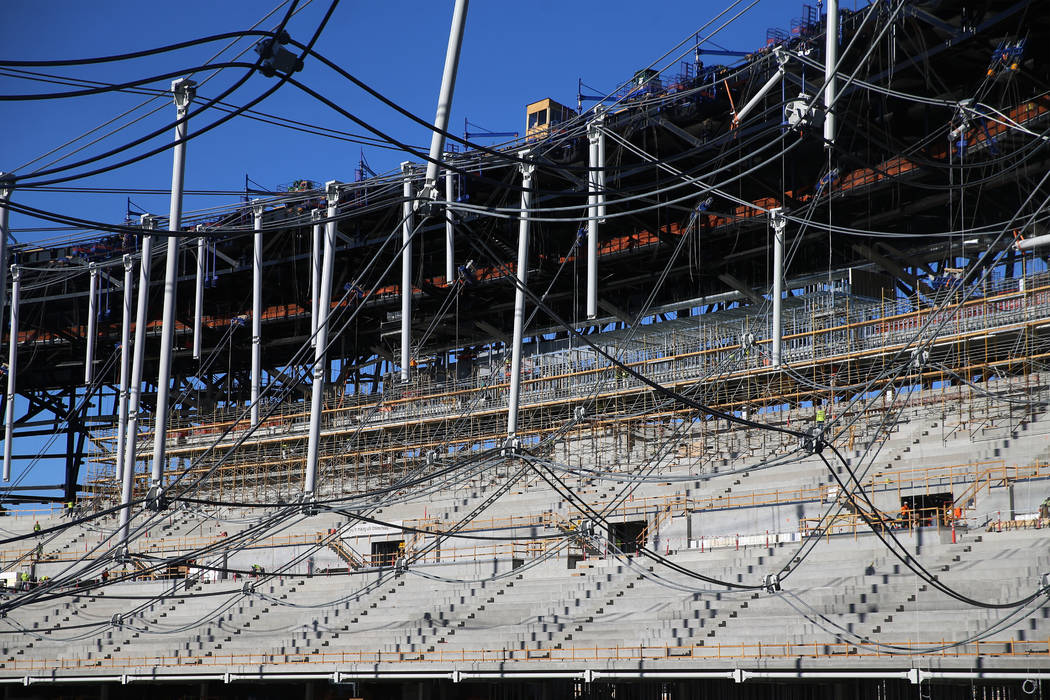 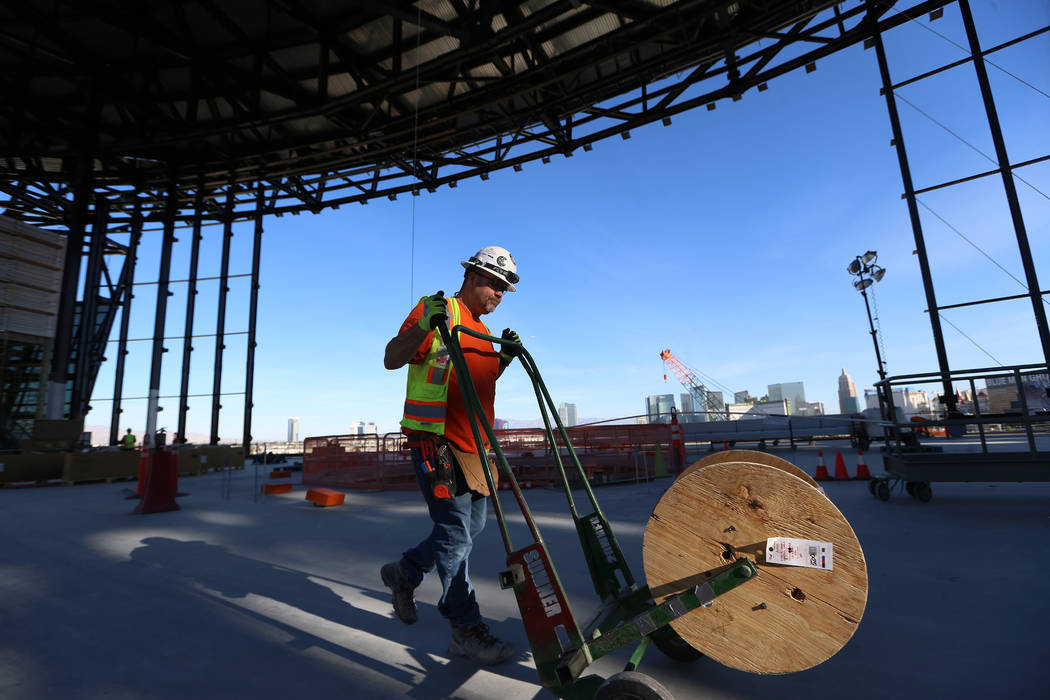 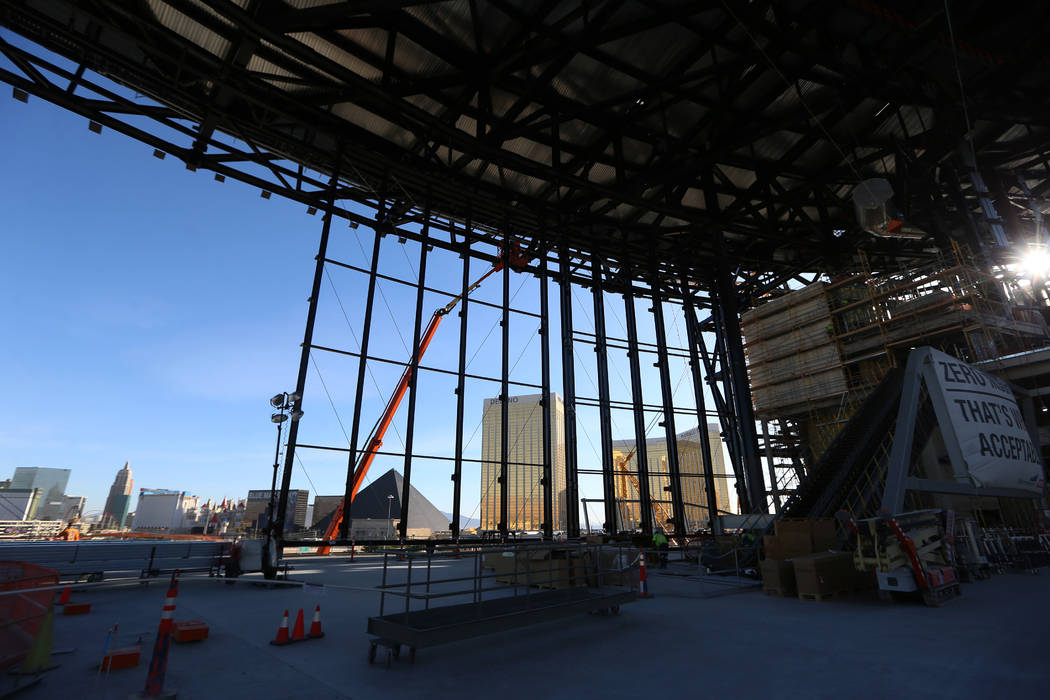 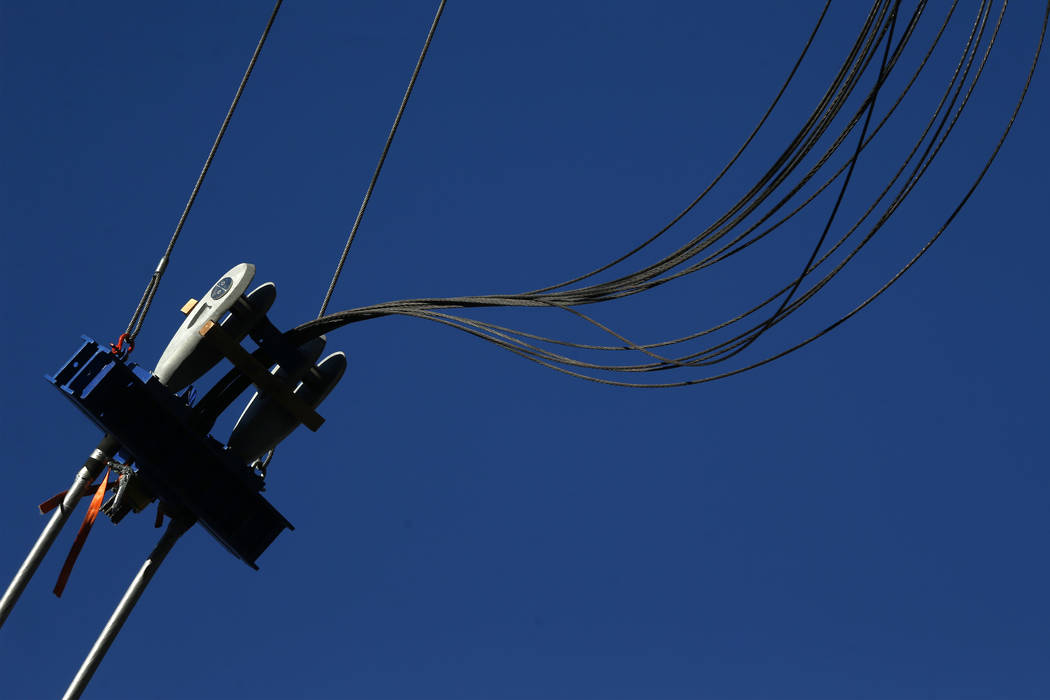 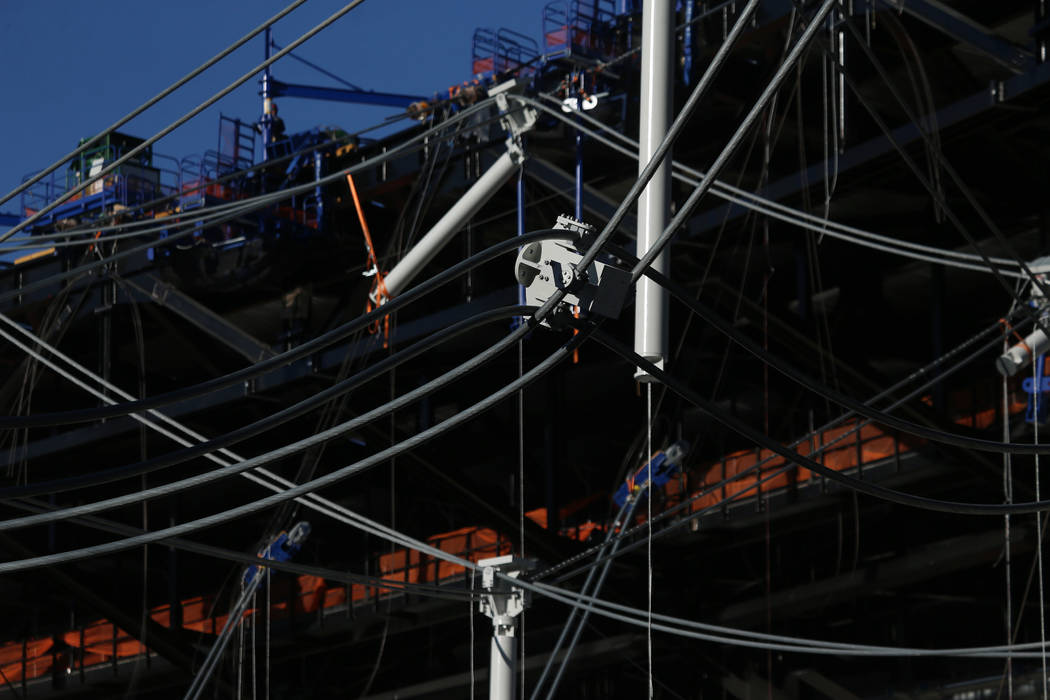 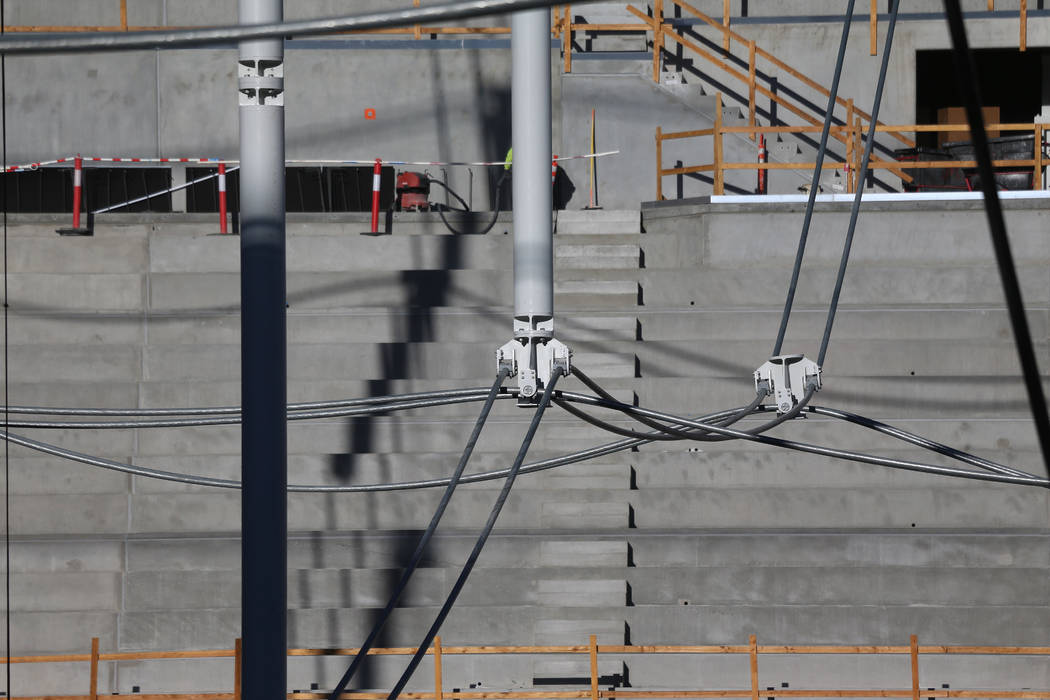 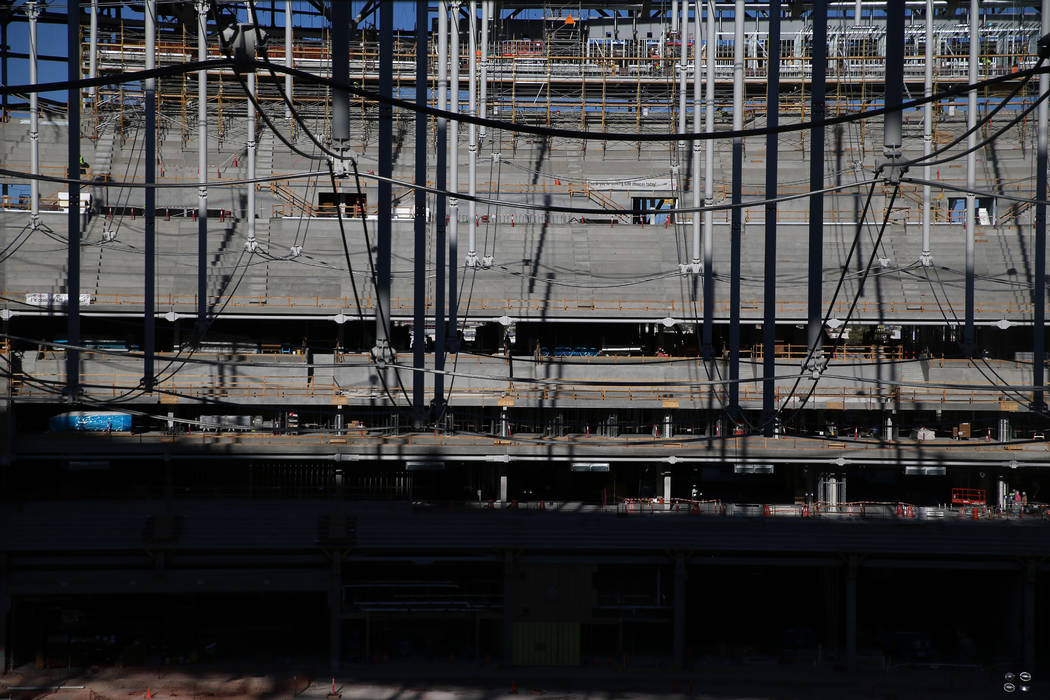 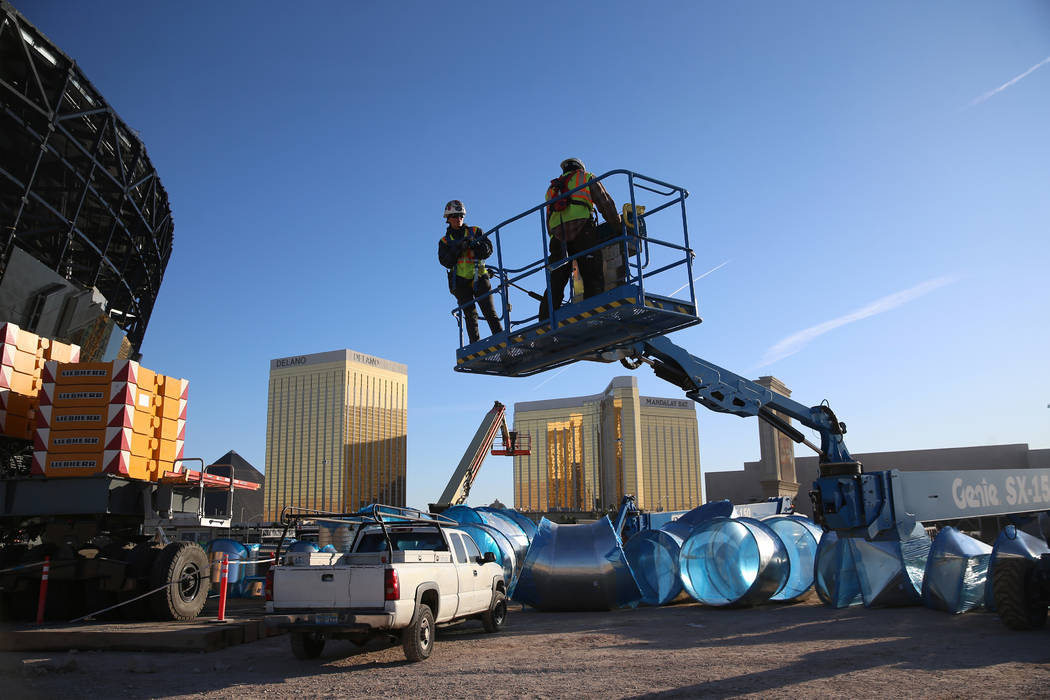 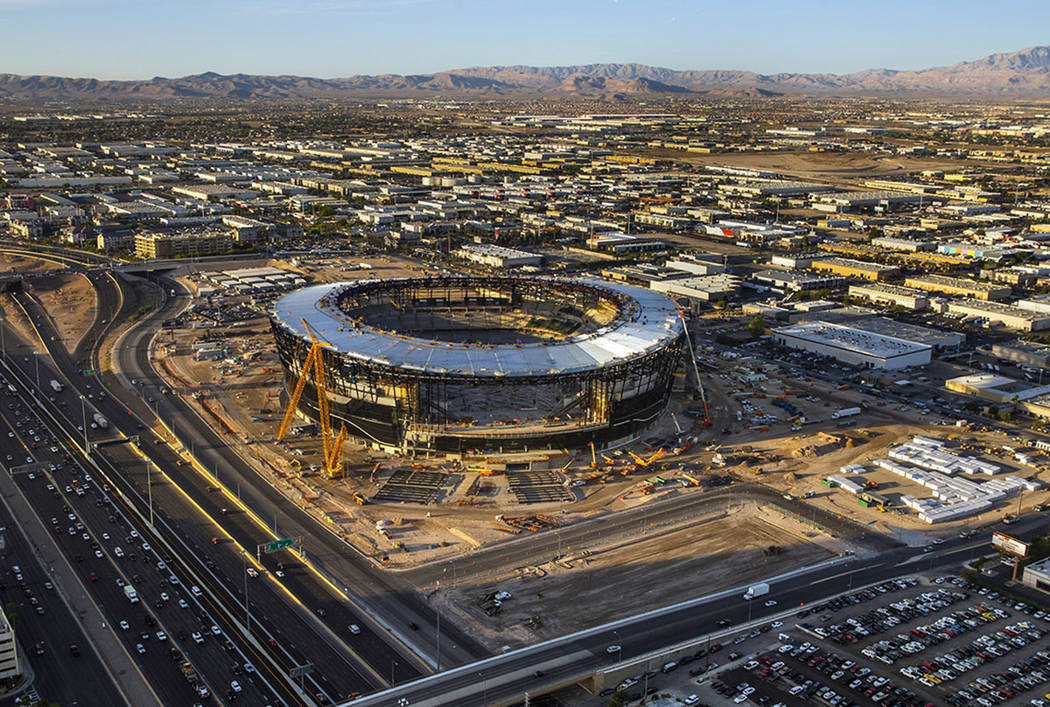 The heavy lifting has begun at Allegiant Stadium.

Construction crews on Thursday continued the slow process of raising a net of multi-ton steel cables that will support a translucent roof on the $2 billion, 65,000-seat indoor football stadium that will become home to the Raiders next year.

The raising of the cable net with a coordinated system of hydraulic lifts is the first step in enclosing the building and is expected to take several weeks to complete.

Don Webb, chief operating officer of the Raiders’ subsidiary that is building the stadium, said he expects the cables to be attached along the top rim of the roof — a process called “pinning” — by the middle of November.

The final pinning of cables along the top of the roof may be the most challenging work to date because the cables, manufactured in Switzerland, must be stretched to reach across the stadium’s top opening and were manufactured to within seven-eighths of an inch of specifications.

Workers with the Mortenson-McCarthy Joint Venture have been preparing for this month’s cable lift since August, placing the network of custom-built stainless steel cables 2½ to 3 inches in diameter with some as long as 800 feet on the floor of the stadium and attaching them with guide wires to a series of nodes ringing the top level of the stadium.

Eventually, the cables will be raised more than 200 feet above the playing surface. A cable can weigh up to 24 tons, depending on its length.

The crosshatch pattern of cables will form a durable support system for a roof made of fluorine-based plastic known as ETFE — short for ethylene tetrafluoroethylene. Because the roof is clear, the stadium interior will be naturally lighted for day games in air-conditioned comfort.

Next week, Webb said, construction crews will begin around-the-clock shifts, once the cable net is lifted high enough off the ground to enable cranes to work from the stadium floor, to install 800 pieces of precast concrete to complete the lowest levels of stands for seating.

About 1,800 workers are now employed at the site with the workforce expected to hit its peak of around 2,000 laborers by the end of the year or in early 2020.

Workers also are finishing the concrete surface just south of the wide stadium floor opening where they will build the field tray that will move the natural grass field in and out of the stadium.

The concrete floor for the field tray can be used as an event surface when the field is inside. The tray will be transported along 13 rails that are being built flush to the floor surface.

Webb also noted that two of the lanai doors — able to cover the broad opening in the wall on the north end of the building — have been installed. The doors are mounted on tracks that will enable the opening of a 240-foot window looking out to the Las Vegas Strip.

The doors will be covered with the same black glass that’s being installed along the stadium exterior.

From the exterior, the glass appears like a sheet of obsidian rock with an accented ribbon pattern that is as functional as it is a design element. While the ribbon provides a sleek light pattern to the black glass it also functions as a conduit for air circulation and, from the top, a drainage system for water that collects on the roof.

On the eastern face of the stadium, the glass stadium walls will have an added element — a mesh screen of LED lights that will be able to produce video images like a giant movie screen facing Interstate 15 and the line of MGM Resorts International properties.