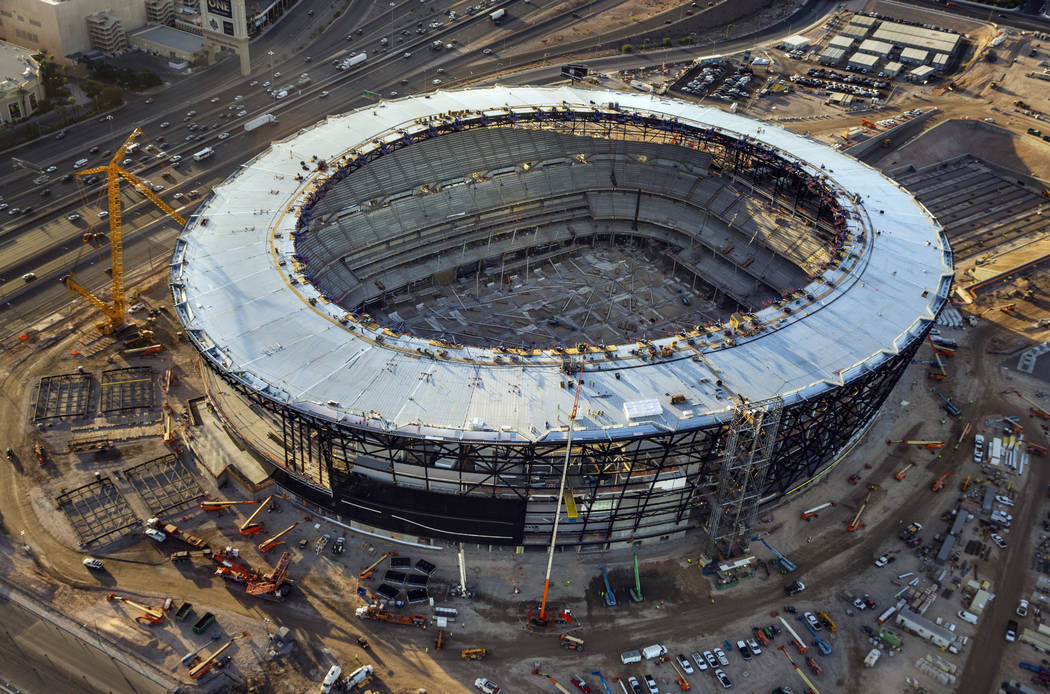 After a pair of delays, the Clark County Zoning Commission on Wednesday approved the Raiders’ request for waivers to development standards for signs planned for Allegiant Stadium.

The delays were caused by a review of the plans by the Federal Aviation Administration, which received the plans late last month.

Following its review, the FAA had no objections regarding three of the 650 signs planned for the $2 billion stadium.

“We determined the three signs in question would not pose any hazard to air navigation,” said Ian Gregor, FAA spokesman.

Because of the height and location of some of the signs and the stadium’s proximity to McCarran International Airport, they were subject to FAA review. The pylon sign standing 185 feet above ground level must have obstruction-marking red lights affixed to it.

The documents list the construction period for the signage as between Nov. 30 and July 1, 2020.

The 650 planned signs include 48 animated boards, the largest being a 180-foot video screen along the stadium frontage facing I-15 and Dean Martin Drive that would cover 18,000 square feet — about one-third of the size of a football field.

The proposed signage is needed to promote the stadium and events within it and is similar to other uses within the resort corridor, which includes hotels and facilities such as T-Mobile Arena, the Raiders application said.

Raiders President Marc Badain said the county was great to work with on the signage plan.

“They’ve been fantastic partners,” Badain said. “I don’t think anybody was necessarily worried about the approval. It was a matter of making sure they were comfortable with what we were doing.”