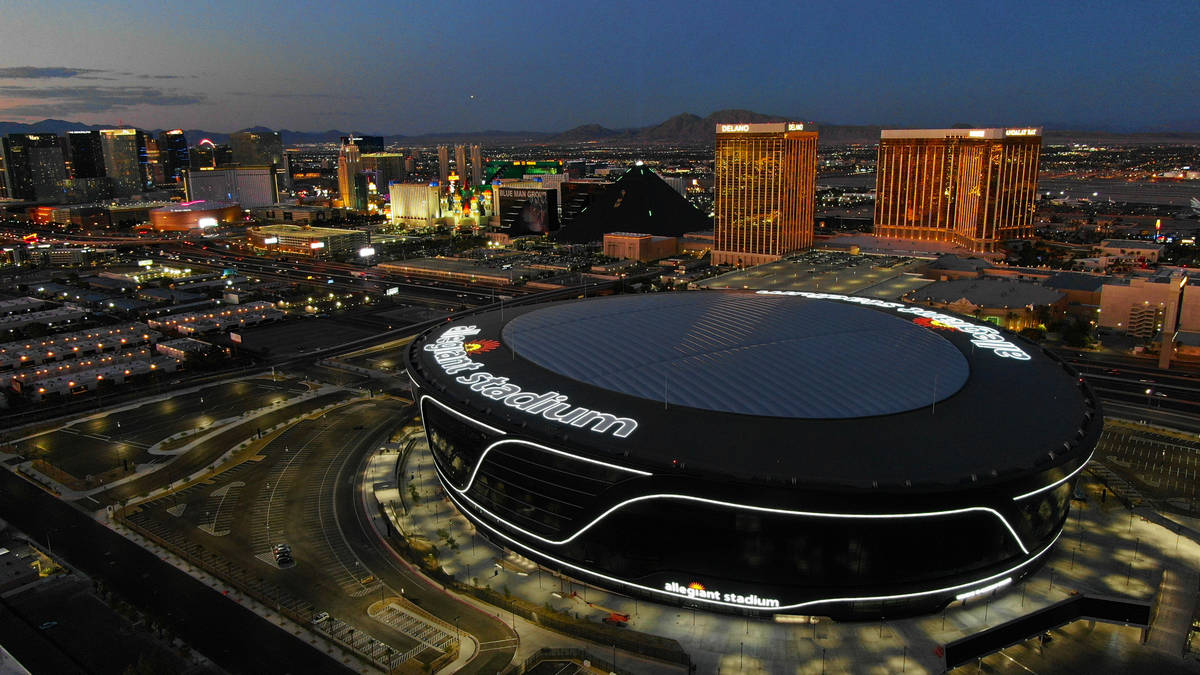 With tourism still on the rebound, Clark County had to dip again into the debt reserve account to make Tuesday’s scheduled Allegiant Stadium bond payment.

The county pulled $11.7 million from the Las Vegas Stadium Authority’s debt reserve account to make the $18.6 million due Tuesday, according to Dan Kulin, Clark County spokesman.

Officials were expecting to use the reserve account, as they did to make the Dec. 1 bond payment last year, pulling $11.6 million then, as there continues to be a shortfall in room tax revenue. Revenue toward the stadium bond payments is generated by a 0.88 percent tax on hotel rooms in Clark County.

“Clark County recently filed a material event notice notifying the market of an anticipated draw on the Stadium Authority bond reserve fund on May 25,” Kulin said. “This action does not constitute a default and was expected in light of the decline in tourism to Las Vegas. Fortunately, the financing for the Stadium Authority bonds included the funding of a debt service reserve fund to weather economic declines like the one Las Vegas is currently experiencing due to the pandemic.”

The debt reserve fund was set up to be able to cover two full years of bond payments — $90.2 million — if there was a deficit in room tax revenue, as there is currently.

Funds for the debt reserve are derived from room tax revenue after the annual debt service on the bonds is paid. Up to $9 million can be deposited into the reserve each year until the two-year cap is met.

A total of $54.4 million is estimated to remain in the reserve fund after this draw, which would be enough to cover the scheduled debt payments through all of fiscal year 2022, said Jeremy Aguero, principal with Applied Analysis, who serves as staff for the Las Vegas Stadium Authority, during the May 20 authority board meeting.

“We do not anticipate that anywhere near that amount will actually be required,” Aguero said.

Also, the bonds sold to pay the public’s $750 million share of Allegiant’s construction cost have been accruing interest, and that interest will be transferred to the stadium authority once the public’s share is fully funded. Aguero anticipates that amount to total around $10 million, which will be used to help make the next bond payment.

“We expect these funds will be available for the Dec. 1 debt payment of $16 million,” Aguero said. “With the $10 million offset, about $6 million would be required in room tax revenue. The expectation is if trends continue on their current course, the expectation is that the stadium authority would earn substantially more than that $6 million, not requiring anything from the debt service reserve in December to make that payment.”