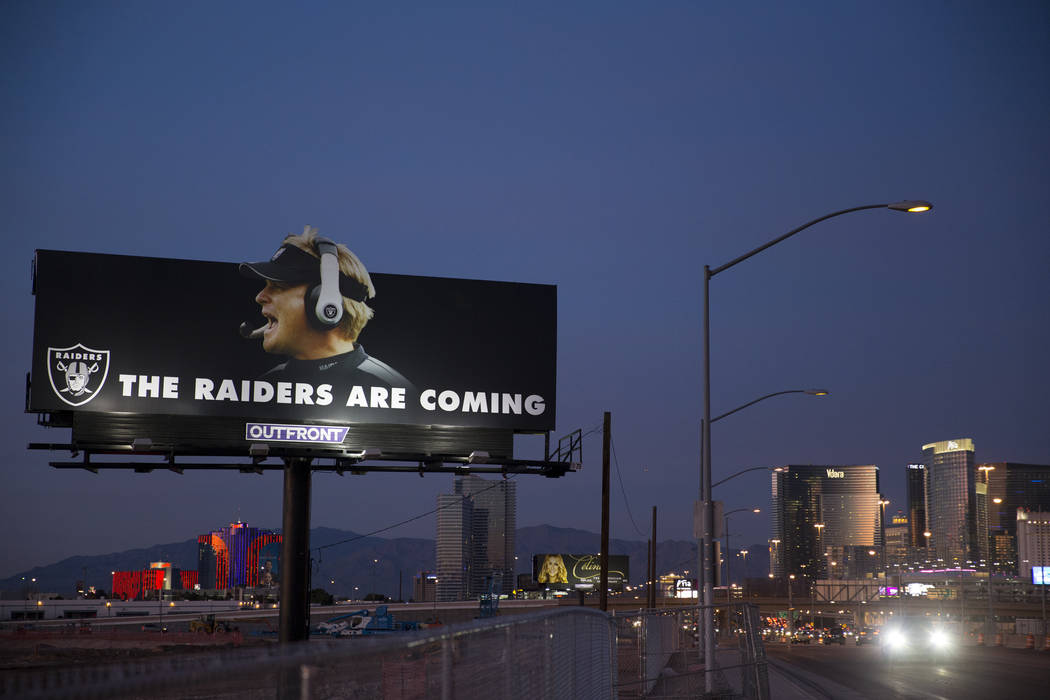 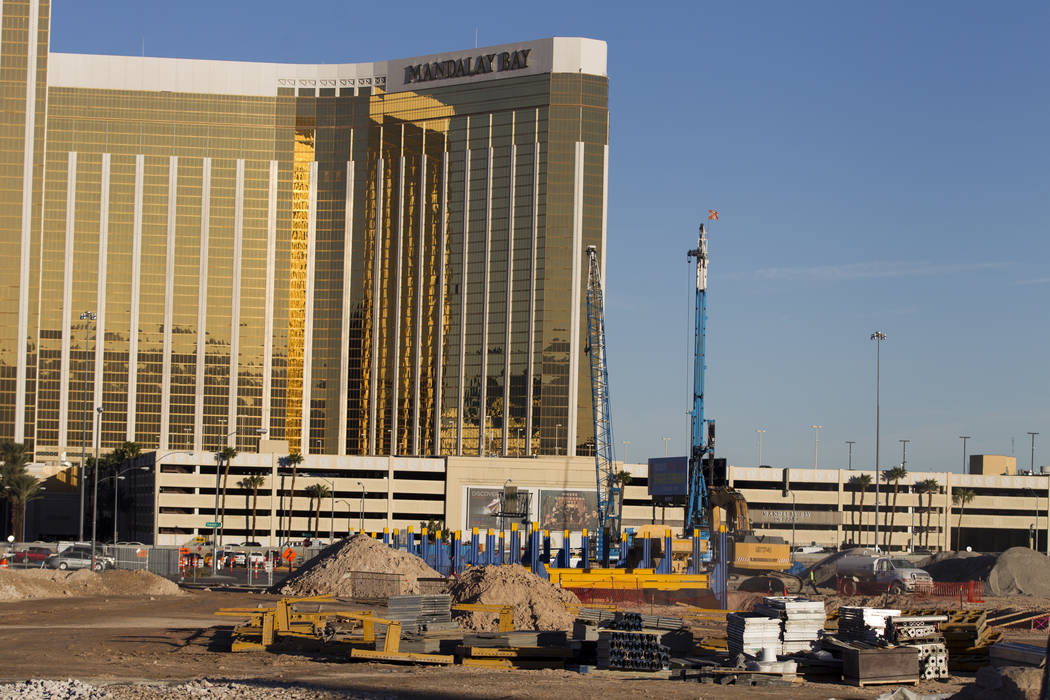 It’s fourth-and-goal for the Oakland Raiders in their bid to play in Las Vegas by the 2020 football season.

What the team does in the next month will determine whether it will keep the drive alive or punt.

The process takes a crucial step Thursday at a special meeting of the Las Vegas Stadium Authority. The board, the team, the Clark County Commission and attorneys representing them have been working for months to complete a stadium development agreement that will formalize the process of how the team builds the 65,000-seat indoor facility and ultimately turn its ownership over to the authority when completed.

The Stadium Authority has talked about it for 17 meetings.

The process so far has been a 25-month road, including the work previously done by the Southern Nevada Tourism Infrastructure Committee. It’s complicated because it includes several details demanded by the requirements of Senate Bill 1, the legislation approved by the Legislature in a special session and signed into law by Gov. Brian Sandoval in October 2016. Among the details:

— It assures a place for UNLV’s football team to play and gives the university access to the facility.

— It guarantees that small business and minority subcontractors have opportunities for jobs on the project, estimated to cost $1.9 billion.

— It outlines how the Raiders will finance the project, including how the team will be able to access $750 million in public funds offered as an incentive for the team to relocate to Southern Nevada.

— It describes what happens in worst-case scenarios if projections don’t turn out the way they were expected.

There also are nearly three dozen other agreements that will be put in place that address other specifics. Most of them reference that final stadium development agreement by date, which is why authority board members have been reviewing and debating them but haven’t taken many final actions until they’re brought to a vote Thursday.

Some of the documents have required reviews by other government boards and agencies. The Nevada Board of Regents, for example, approved the UNLV joint-use agreement with a process that took two meetings.

The Federal Aviation Administration had to give final clearance on the height of the stadium because the site is close to McCarran International Airport flight patterns.

An underground drainage channel that passes beneath the stadium site had to be relocated in a process overseen by the Army Corps of Engineers.

And the Clark County Commission has been actively involved because bonds the county will manage will finance construction and will be paid off by revenue generated by a 0.88 percentage point increase in the county’s hotel room tax. The county also is responsible for making sure services are in place in the vicinity around the stadium site: water, sewer and utility lines, drainage, traffic mitigation and parking.

The parking issue has been one of the most vexing parts of the process. The county has given the Raiders until next summer to come up with a solution because the 63-acre site at Interstate 15 and Russell Road doesn’t have enough room for the required 16,250 spaces.

Raiders President Marc Badain, at the Stadium Authority’s February meeting, said the team will unveil its parking plans Thursday. They are expected to involve acquisitions or leases of one or more offsite locations where fans would park and shuttle to the stadium. One of the leading contenders for such a location has always been the Bali Hai Golf Club, about a half-mile southeast of the stadium site.

Another critical piece of the final stadium development agreement is determining a guaranteed maximum price of the project.

Don Webb, chief operating officer of the LV Stadium Co., an Oakland Raiders subsidiary, met last week with contractors Mortenson Construction Co., of Minneapolis, and Henderson-based McCarthy Builders to firm up the cost of the project with a detailed line-item-by-line-item accounting of every element of construction.

Webb has been mum on progress in those talks, and the elephant in the room has always been what happens if the final guaranteed maximum price exceeds the Raiders’ ability to pay.

Team executives haven’t outwardly expressed any concern about the process. When asked the question in January, Badain said, “I’m going to politely decline that answer. We have a very talented team of people working on that. I’m optimistic we’ll come in on budget.”

The process could, of course, include the Raiders scaling back on some stadium amenities or reducing quality, but that could mean paying for it later. Besides, Senate Bill 1 requires the Raiders to deliver a “project to be consistent with first-class, premier National Football League facilities currently in operation or approved for construction by the National Football League.”

When the Minnesota Vikings went through the same process with Mortenson in the construction of U.S. Bank Stadium in Minneapolis, the Vikings skimped on elevators and escalators. Just over 1½ years after the stadium opened with a price tag of $1.1 billion, the Minnesota Sports Facilities Authority is already looking to replace or add elevators and escalators as well as upgrade kitchen facilities.

Authority Chairman Michael Vekich said the “value engineering” proposition was part of a give-and-take process between Mortenson, the Vikings and the authority, just as it will be here with the contractor, the Raiders and the Las Vegas Stadium Authority.

What’s certain is that regardless of what cost overruns occur, the Raiders will be on the hook for paying for them. Senate Bill 1 locks in the $750 million public contribution, and government leaders, including two of the stadium’s biggest supporters, Sandoval and Clark County Commission Chairman Steve Sisolak, a candidate for governor in 2018, have no appetite to revisit additional funding for the project.