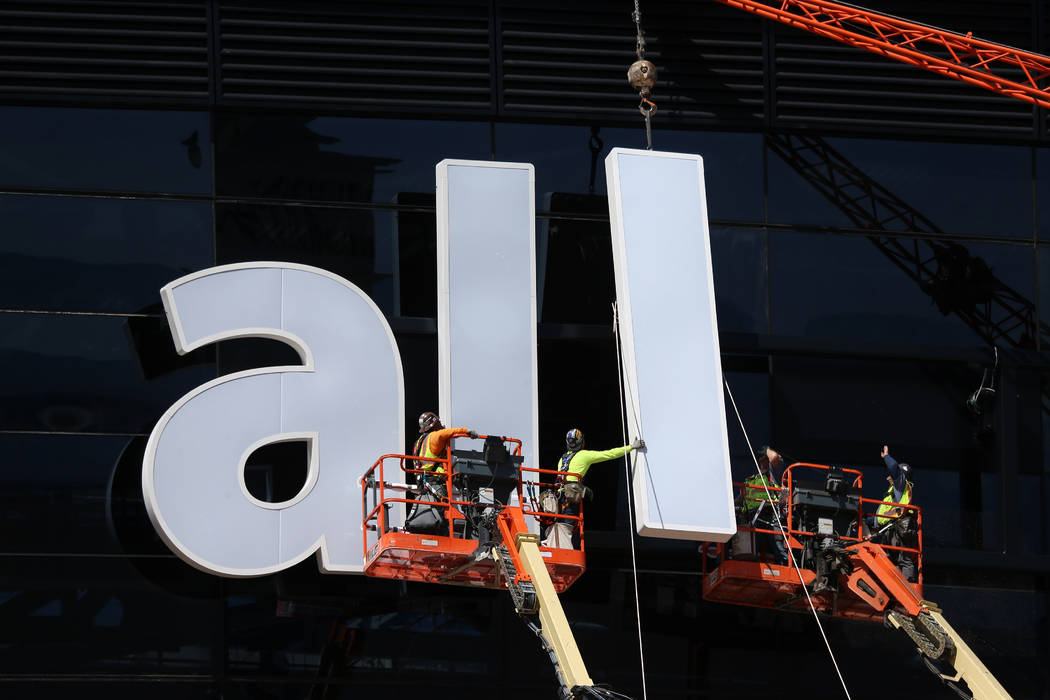 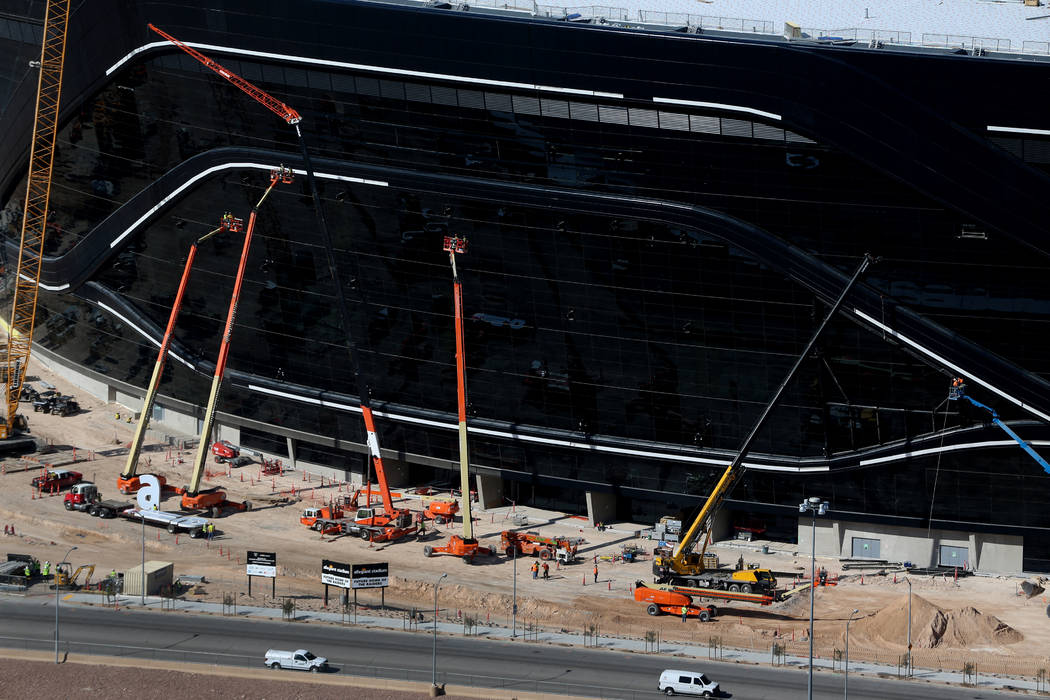 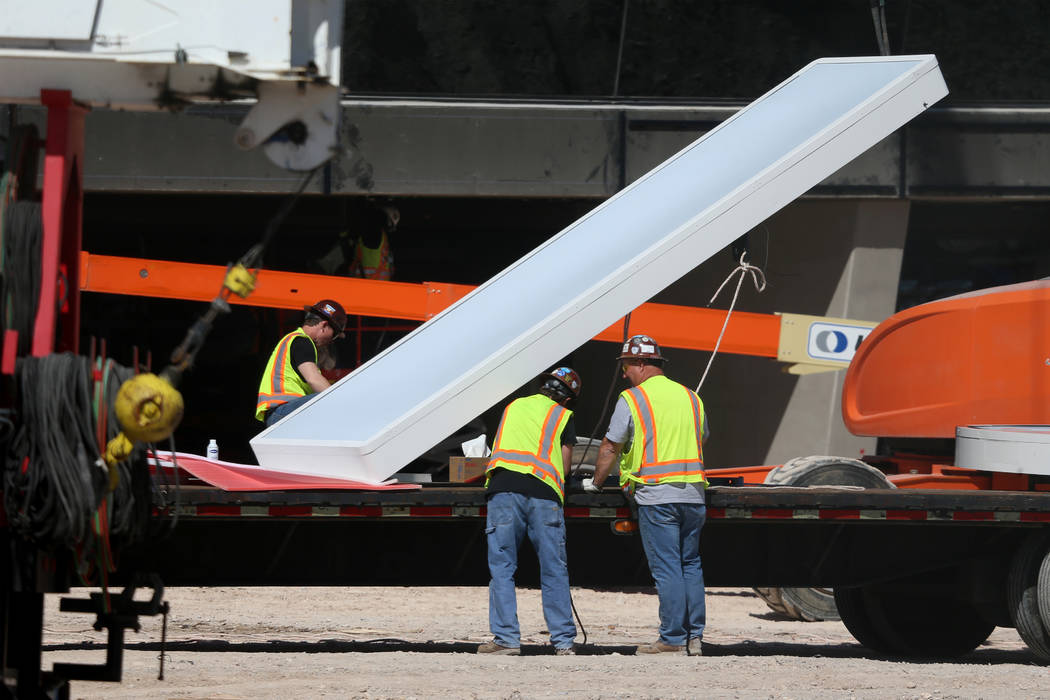 The sign at the Raiders Allegiant Stadium in Las Vegas gets prepared to be installed, Thursday, March 5, 2020. (Erik Verduzco / Las Vegas Review-Journal) @Erik_Verduzco 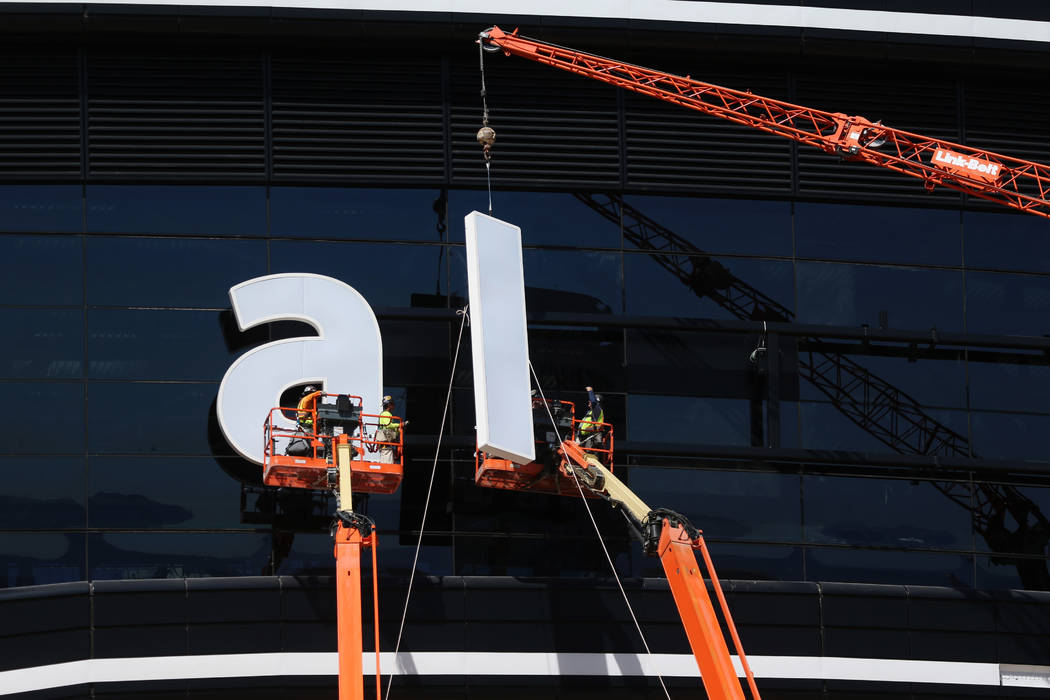 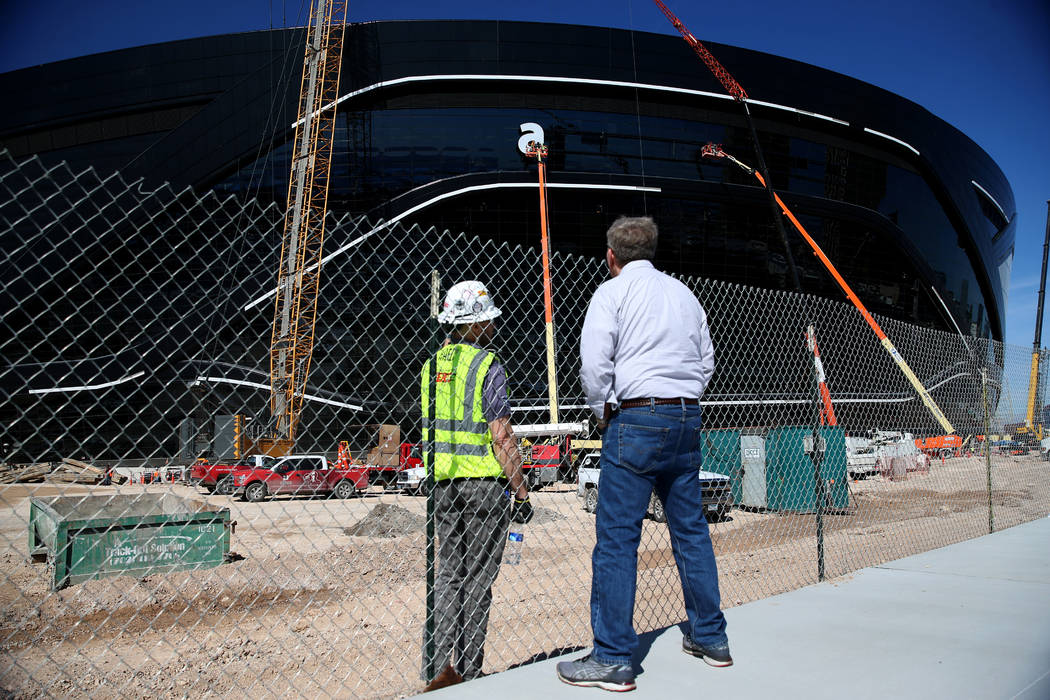 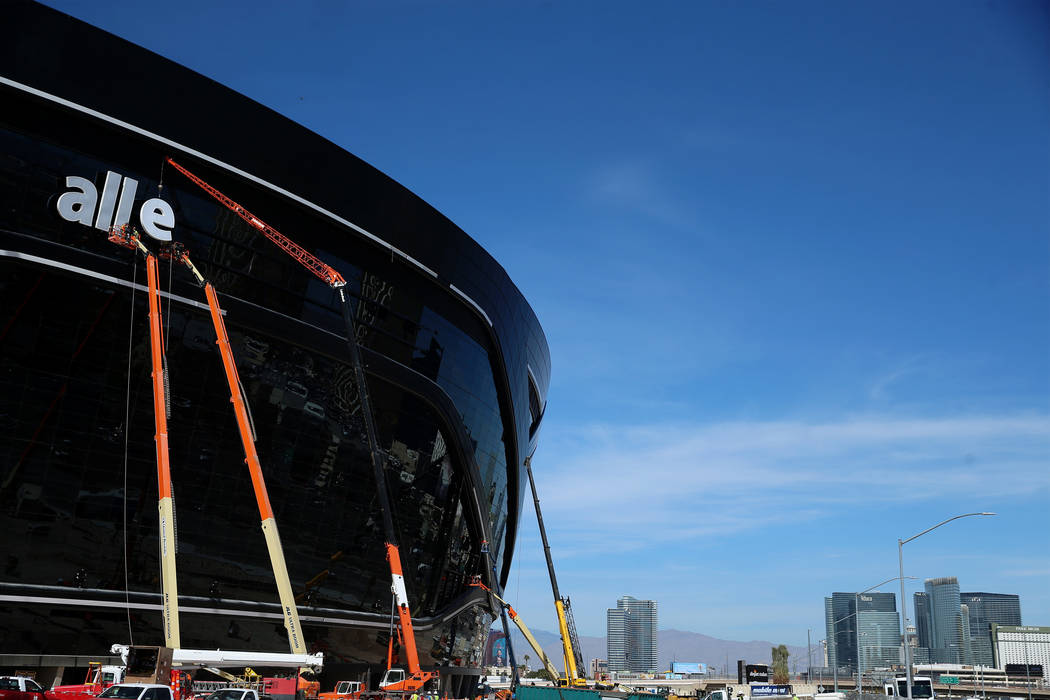 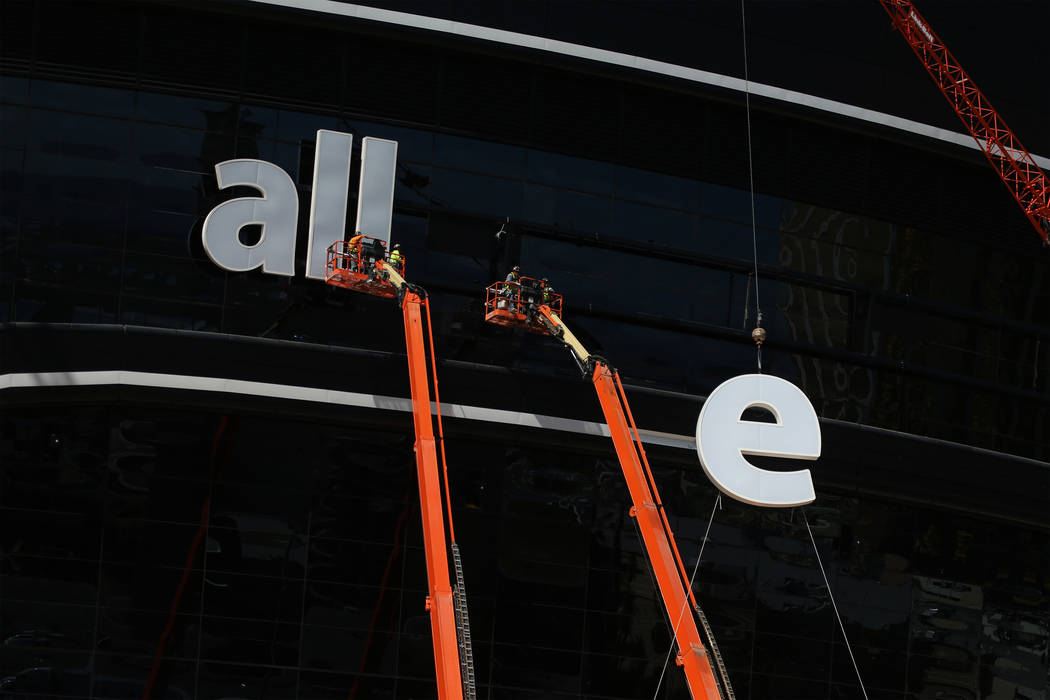 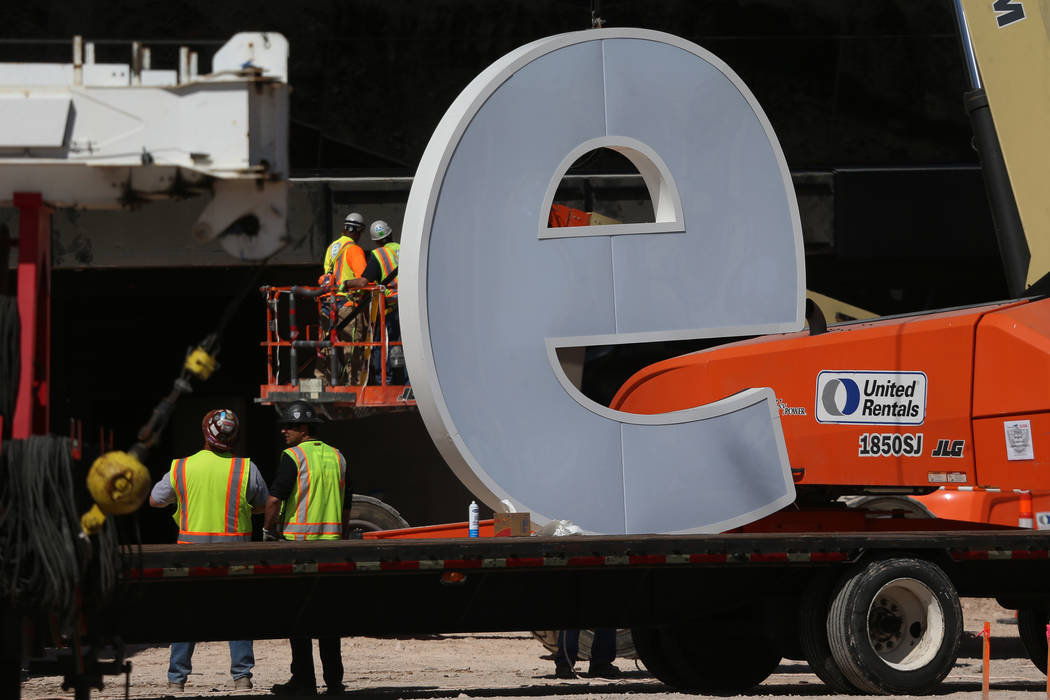 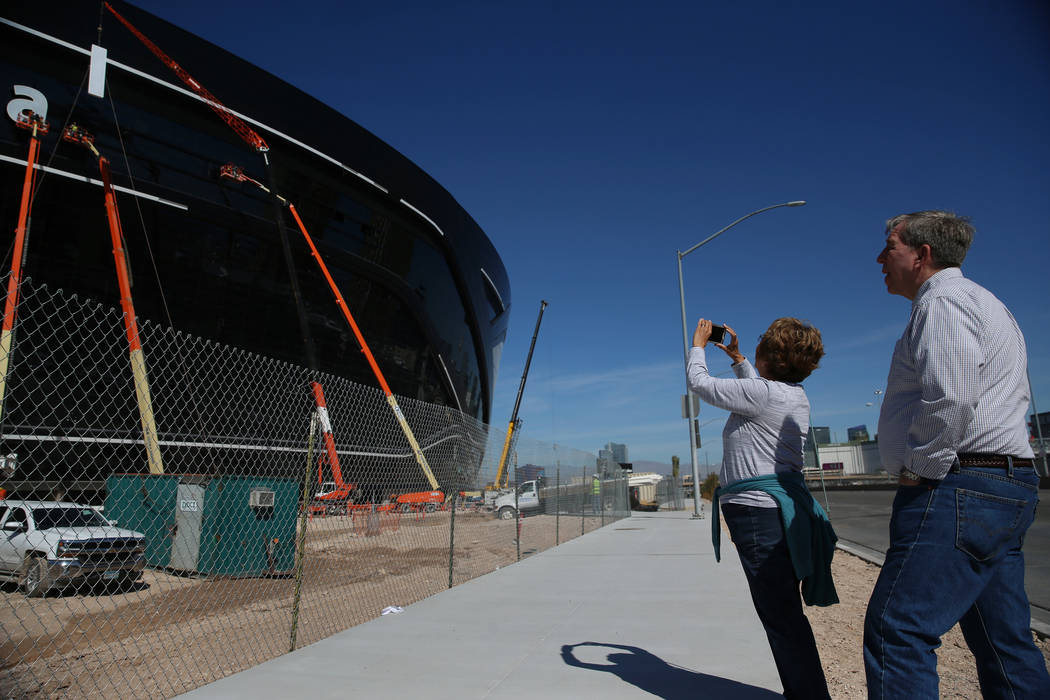 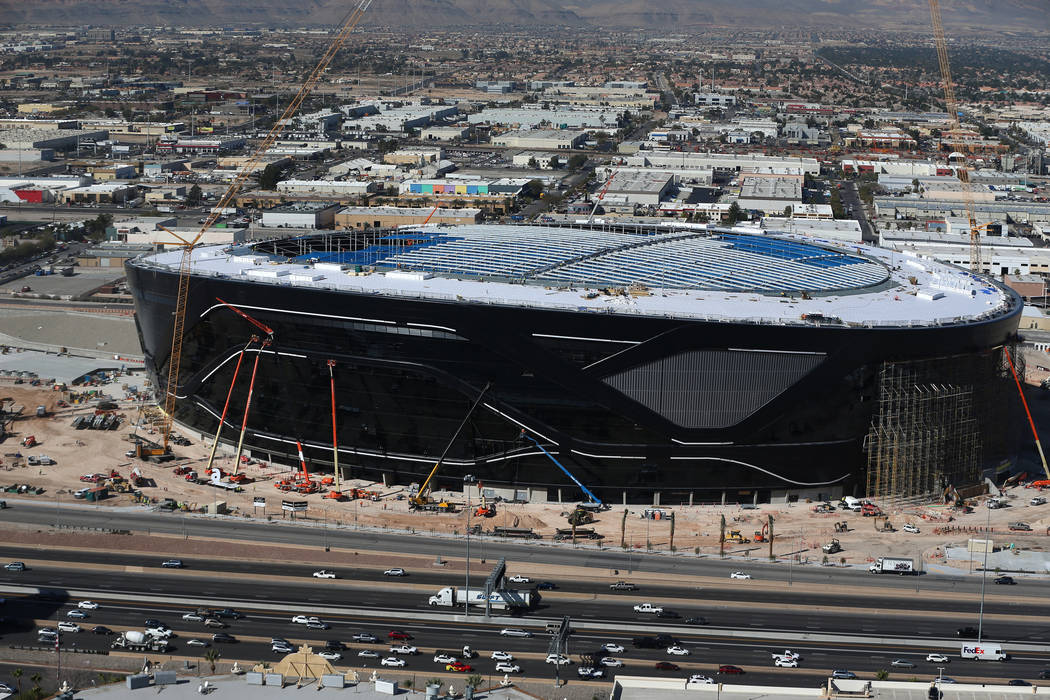 As Allegiant Stadium’s exterior has come into form, the dark tinted glass has drawn various nicknames. Now, however, the stadium will begin to reflect its official name.

The first stadium signage for Allegiant Stadium was beginning to be installed Thursday morning, with the lowercase “a” from Allegiant being affixed to the east facing portion of the $2 billion stadium. Once the sign is installed, it will be tough for anyone passing by the stadium on Interstate 15 to miss the Allegiant name.

“Seeing those distinctive letters raised today makes us proud — not just as a company, but as Las Vegas locals,” DeAngelo said. “To have a hometown company’s name on the most distinctive stadium in sports, in one of the world’s most famous and iconic cities, is incredibly exciting. It really shows that the stadium belongs to our community, in every sense.”

The sign is the first of 650 signs planned to go up in and around the stadium, varying in size from as large as thousands of square feet in area to ones the size of a human palm.

The majority of the signage is being created by sign maker Yesco, with the various signs taking up a big chunk of their 140,000-square-foot warehouse just miles from the stadium site.

Yesco, which is celebrating its 100th anniversary, is also contracted to install the signs at the Raiders’ Intermountain Healthcare Performance Center and team office in Henderson.

The stadium project ranks right up there with any project the sign company has been a part of, according to Yesco senior vice president and chief marketing officer Jeffery Young.

“I tell you the Raiders stadium and having the Raiders here in town is one of those things everyone is going to look back on and say, ‘Where were you when this happened,’” Young told the Las Vegas Review-Journal last month.