The first six seats were put into place last week at Allegiant Stadium in a surprise unveiling for the Diaz family, who hold season tickets. (Las Vegas Raiders) 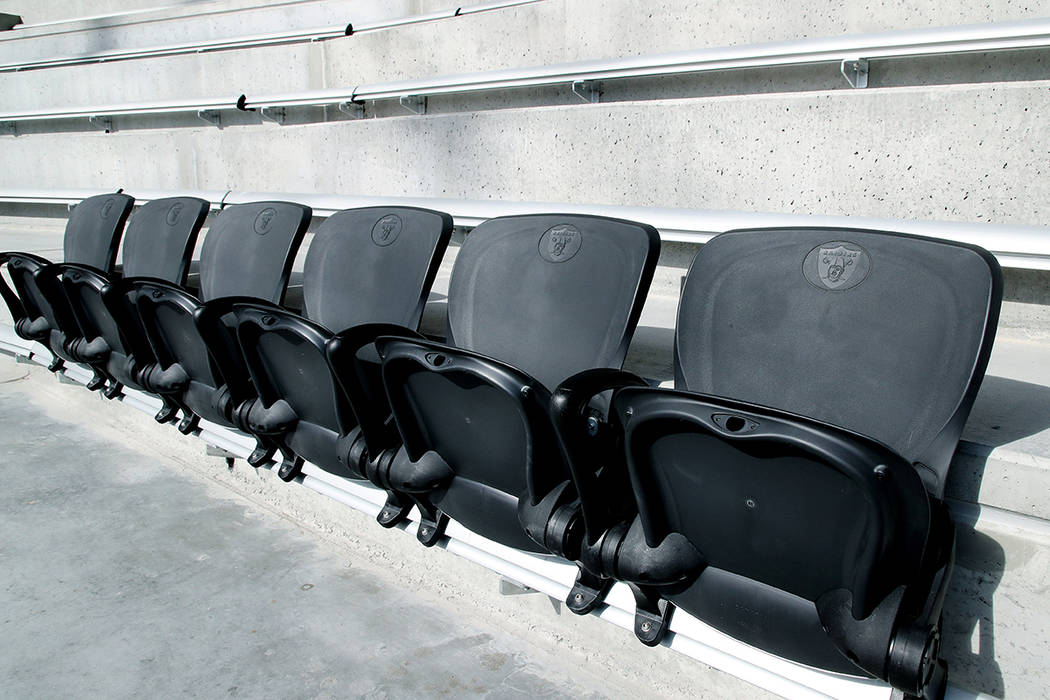 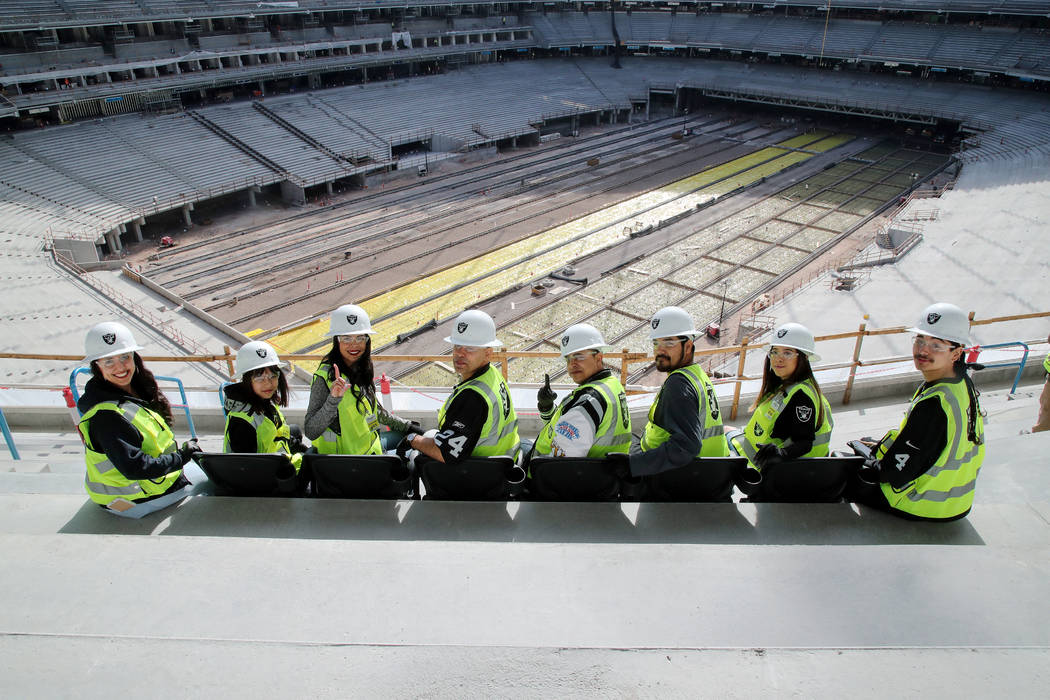 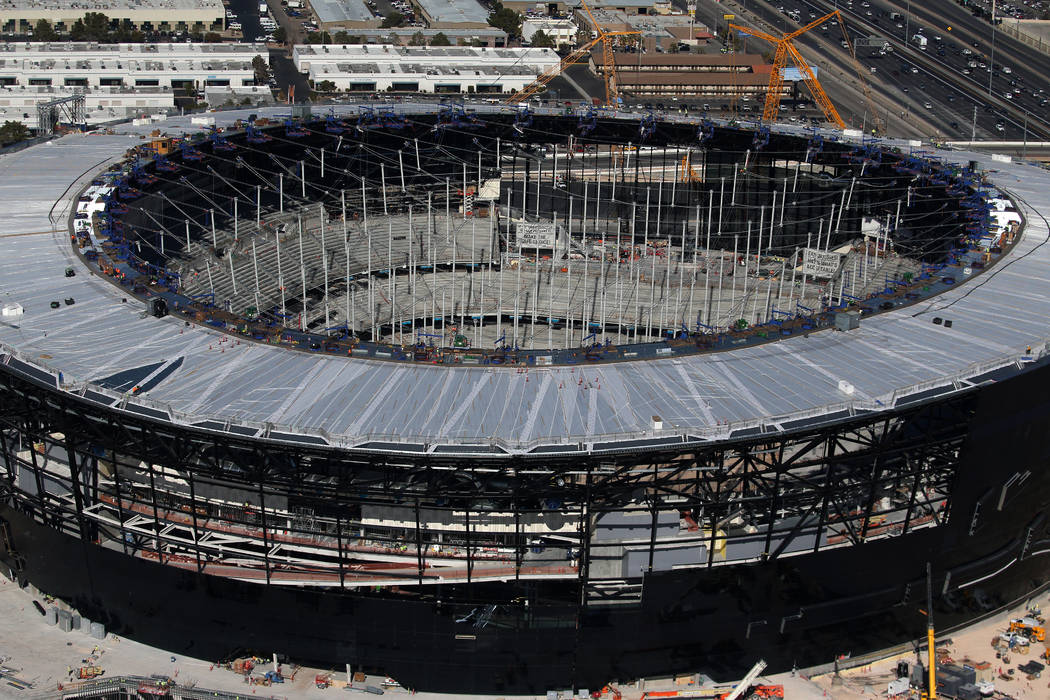 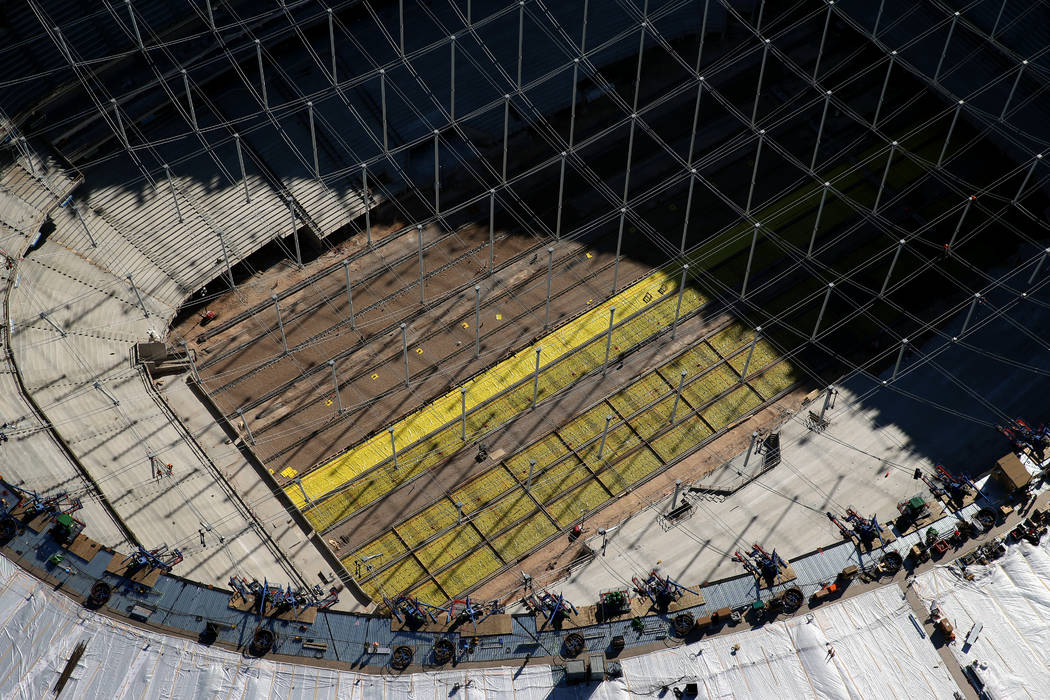 A stadium isn’t a stadium with nowhere to sit and the Raiders are readying their soon-to-be Las Vegas home with the installation of the first of 65,000 seats.

The first six seats at Allegiant Stadium were put into place last week in a surprise unveiling for the Diaz family, who hold season tickets.

“I’m speechless,” said Jaime Diaz on a video of the seat unveiling. “To be the first ones here to see and our seats, it’s absolutely a dream come true.”

The seats are black, with the Raiders’ pirate logo adorning the top center of the backrest.

Raiders President Marc Badain said the first seat ceremony is important to involve local residents who will welcome the team as it kicks off play in Las Vegas this summer.

“We wanted to find a local family and who would enjoy that experience together and make a moment out of it,” Badain said. “The Diaz family was a perfect candidate for it and as you could see, it was a great moment for them.”

The construction team at the site has wasted no time since then, as a stadium live camera Tuesday showed dozens of seats have been installed in the 400 level on the northeast end of the $2 billion stadium.

Installation of the seats will go through the summer, Badain said.

“We started last Wednesday and to my understanding, they’ll go all the way up until July,” he said. “You’ll start to see some of the bowl fill out as they’re able to. Different sections that they’ll have access to that don’t require any additional work there. The entire work will go even until they do the retractable seats sometime in July.”

With glass installation occurring at a rapid pace around the stadium, the sides of Allegiant Stadium should be fully covered by March, marking another milestone for the project.

“You see they’re going up on the exterior doors (on the north side), then on the south side you’re starting to see them enclose it there. In the next few weeks essentially the entire exterior curtain wall will be finished. That’s the next big milestone.”

The cable net roofing system and ETFE roof are slated to be raised and in place, completely enclosing the stadium, in May, Las Vegas Stadium Co. chief operating officer Don Webb said earlier this month.

Seat installation is not affected by the stadium not being fully enclosed, Badain said, as they’re durable and waterproof.

The substantial completion date for the stadium remains July 31, weeks ahead of the start of the NFL preseason.

When that date rolls around, the Diaz family will be ready for the occasion.

“Being born and raised in Las Vegas and to have a stadium and a team,” Diaz said. “We can say Las Vegas Raiders.”