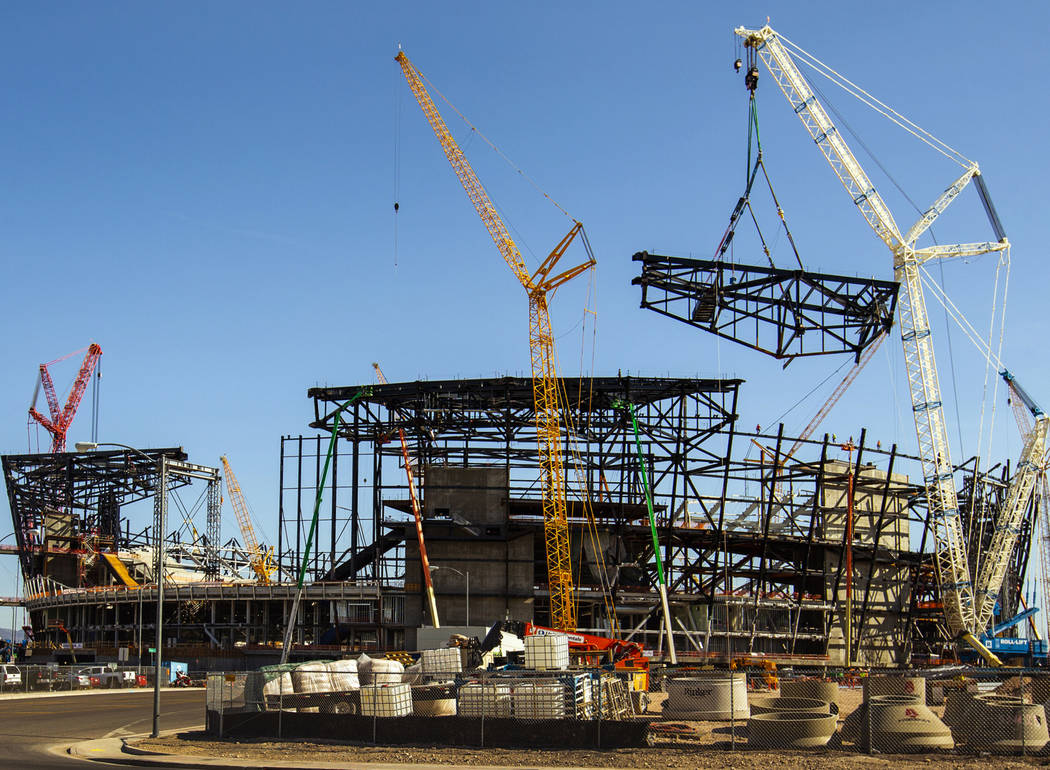 The newest truss is slowly lowered and attached into place at the top of Raiders Stadium on Wednesday, May 1, 2019 in Las Vegas. (L.E. Baskow/Las Vegas Review-Journal) @Left_Eye_Images 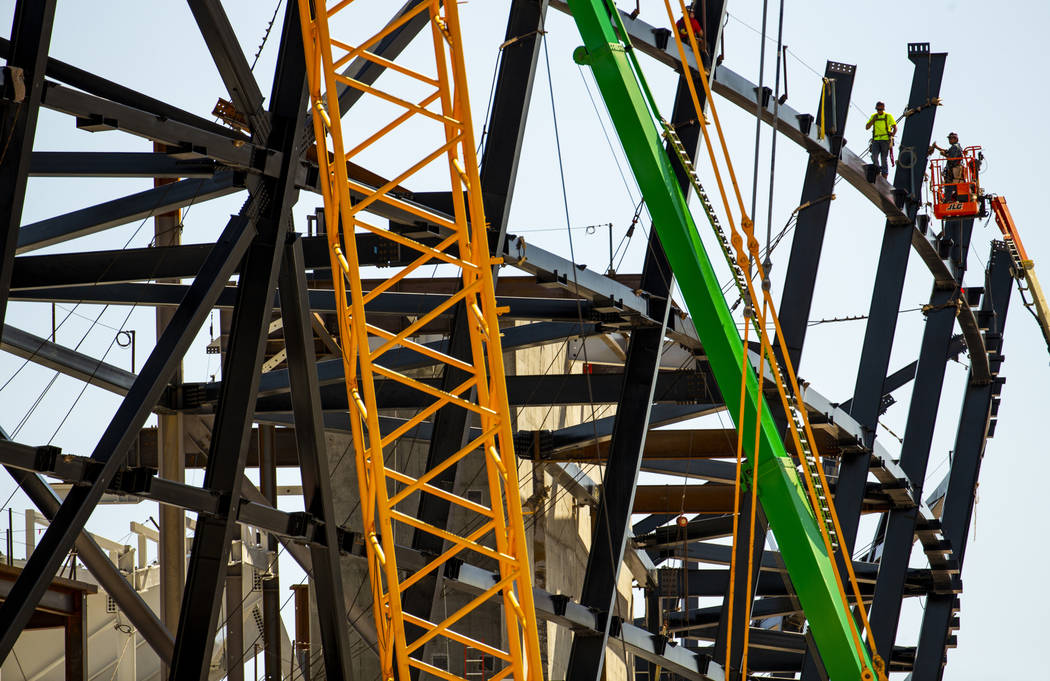 Steelworkers ready for the newest truss to be lifted to them so they can attach it at the top of Raiders Stadium on Wednesday, May 1, 2019 in Las Vegas. (L.E. Baskow/Las Vegas Review-Journal) @Left_Eye_Images

Nearly half the money is spent and construction work on the $1.8 billion, 65,000-seat Las Vegas stadium is closing in on the halfway point, a representative of Raiders said Wednesday.

Don Webb, chief operating officer of the Las Vegas Stadium Co., a subsidiary of the Oakland Raiders, said construction work is about 44 percent completed with opening day just over 14 months away.

Webb said the company has spent between 47 and 48 percent of the total cost, which is supplemented by a $750 million public contribution generated by a 0.88 percentage-point increase in Clark County’s varied rate hotel room tax.

Eleven of the 26 canopy trusses ringing the stadium perimeter have been installed with the help of two supercranes and a small army of ironworkers responsible for the precision placement of the steel that will support the translucent stadium roof, Webb said.

The roof will be assembled on the stadium floor, then lifted into place.

Last month, Webb said he hoped all the trusses would be in place by July 31, adding that if they aren’t placed by then it wouldn’t result in a delay in the opening. He said the schedule would be resequenced and the time made up.

The 65-ton canopy trusses are assembled on the ground, then lifted into position and bolted to the highest reaches of the stadium frame. Each truss is then secured with steel infilling between them.

LIVECAM: Monitor the progress of Las Vegas Stadium in this view looking south toward the construction site.
MOST READ: Raiders
1
Here’s why Josh Jacobs played in Raiders’ HOF game