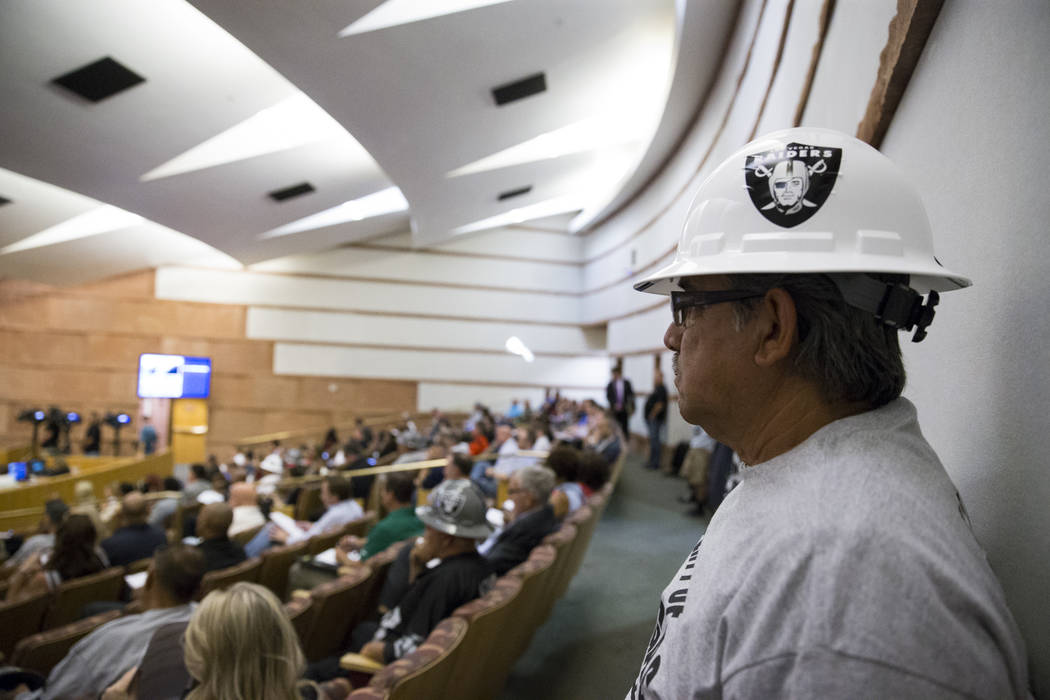 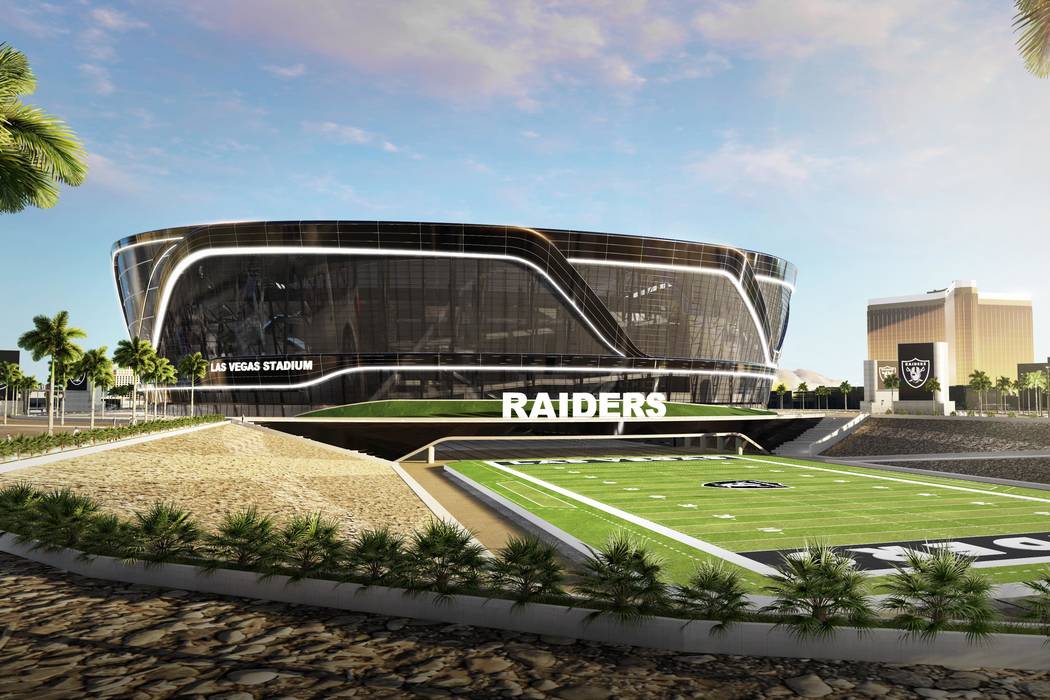 The lot where officials want to build a NFL football stadium to draw the Raiders to Las Vegas as seen from Hacienda Avenue near Russell Road exit on Southbound I-15 on Tuesday, April 18, 2017, in Las Vegas. Bizuayehu Tesfaye Las Vegas Review-Journal @bizutesfaye

The lot where officials want to build a NFL football stadium to draw the Raiders to Las Vegas as seen from West Russell Road on Tuesday, April 18, 2017, in Las Vegas. Bizuayehu Tesfaye Las Vegas Review-Journal @bizutesfaye

The lot where officials want to build a NFL football stadium to draw the Raiders to Las Vegas as seen from West Russell Road on Tuesday, April 18, 2017, in Las Vegas. Bizuayehu Tesfaye Las Vegas Review-Journal @bizutesfaye 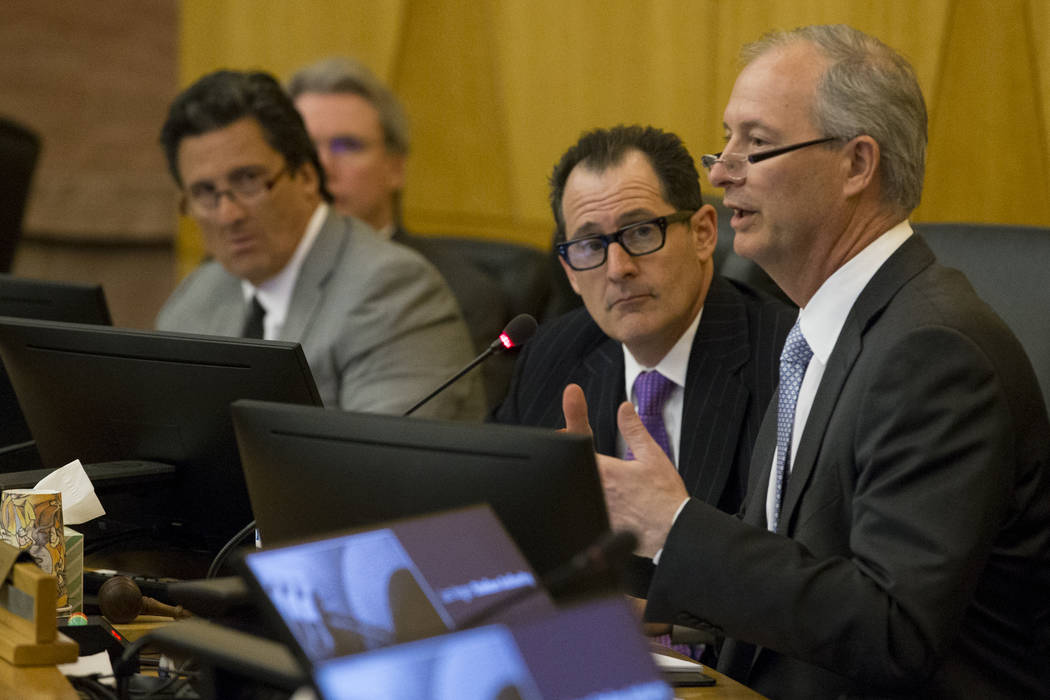 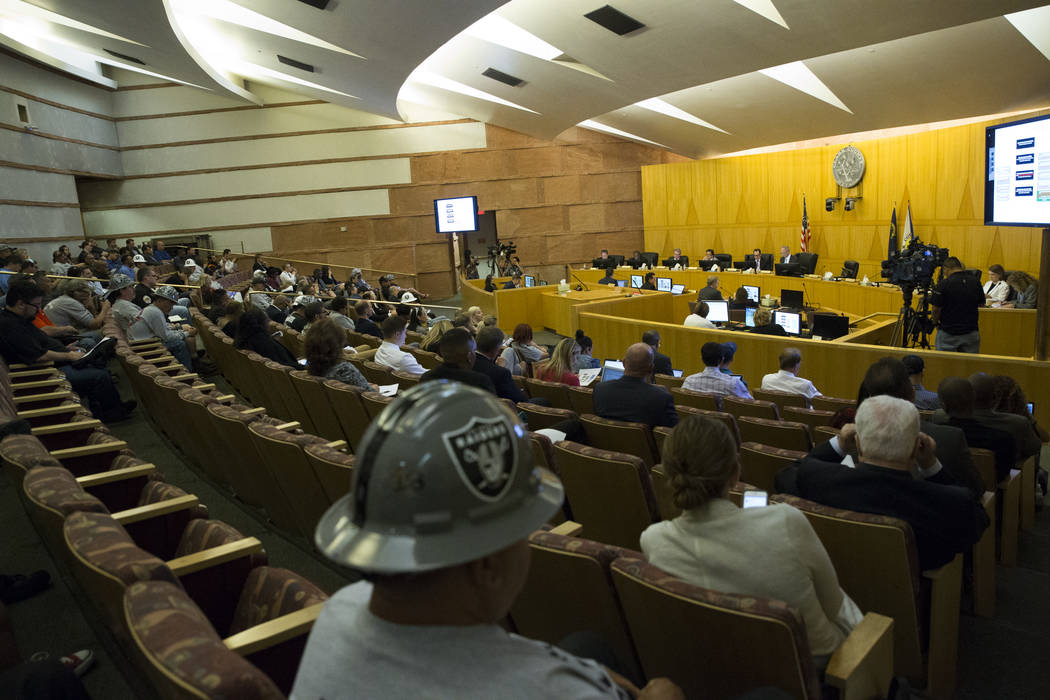 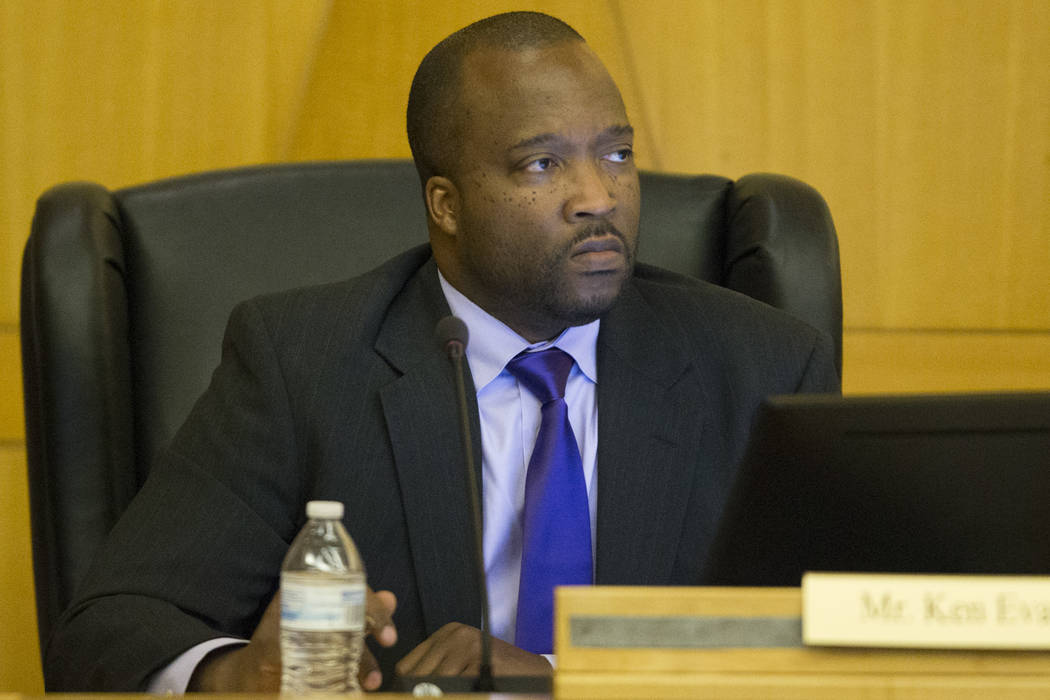 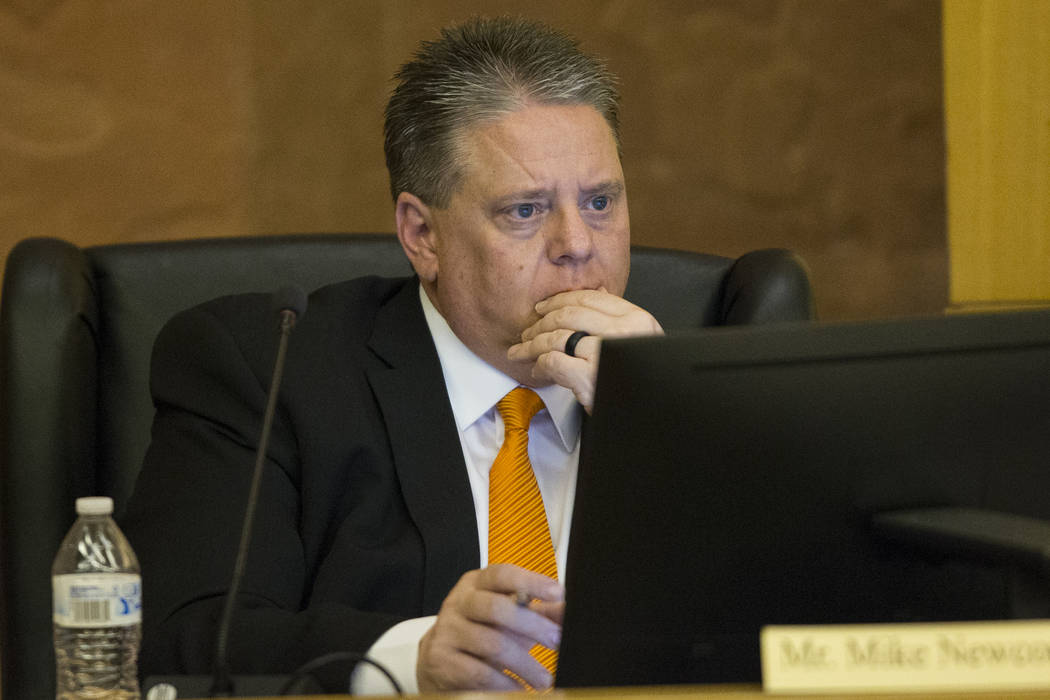 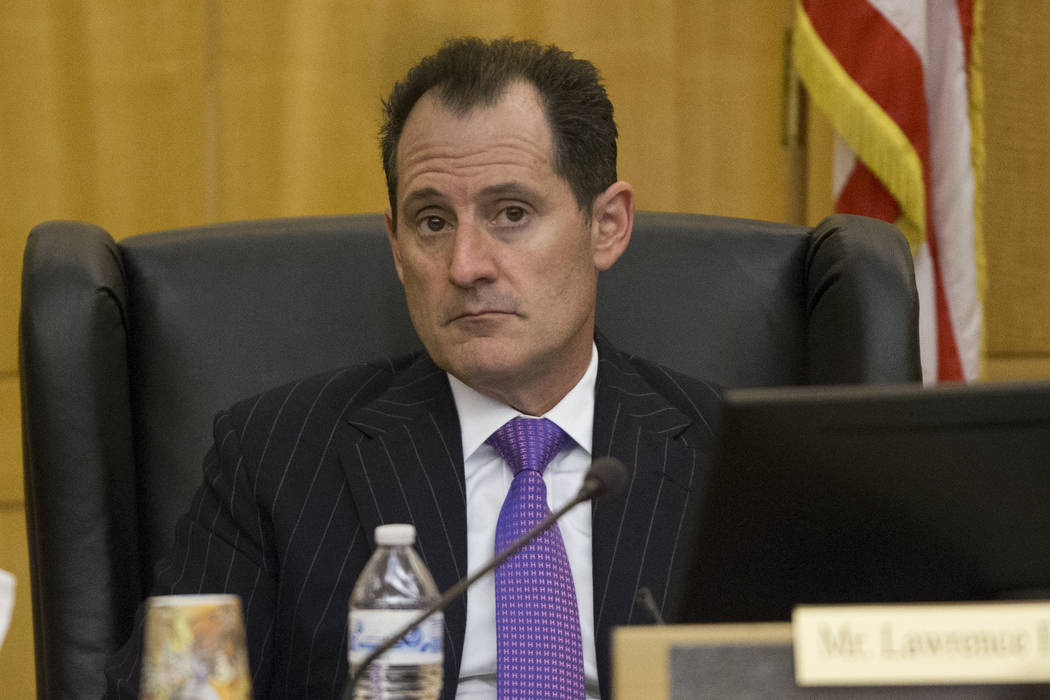 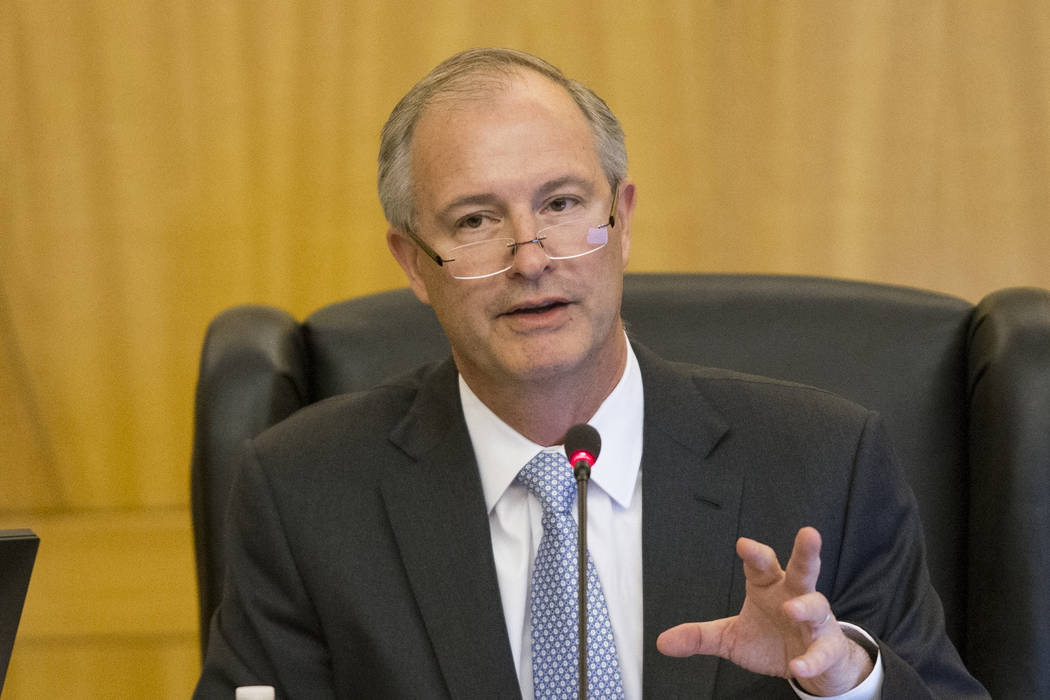 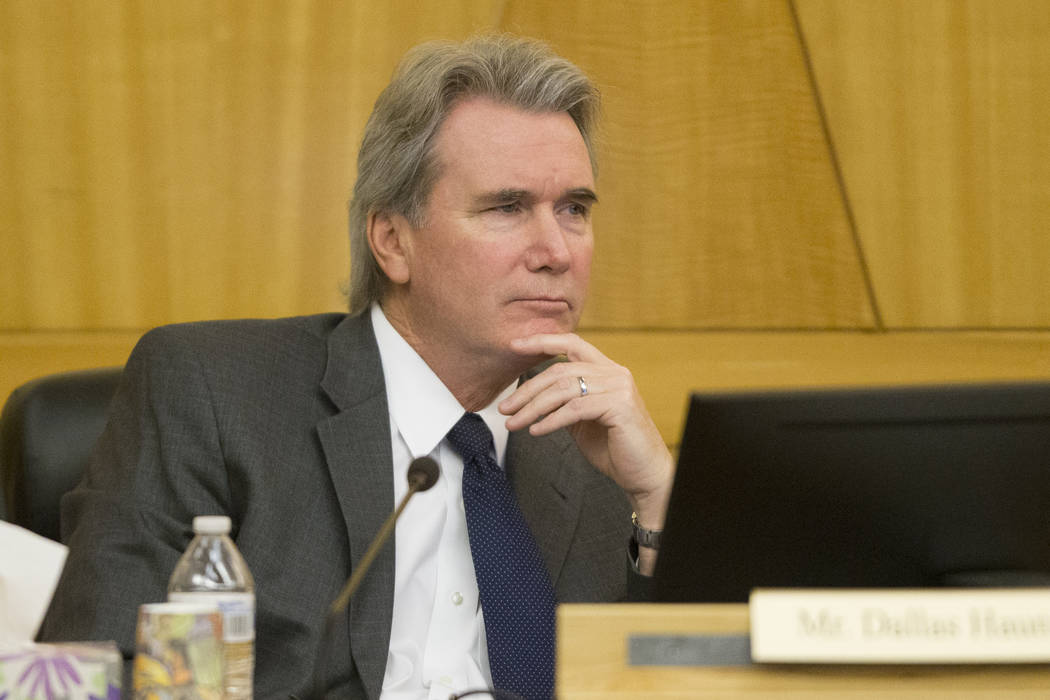 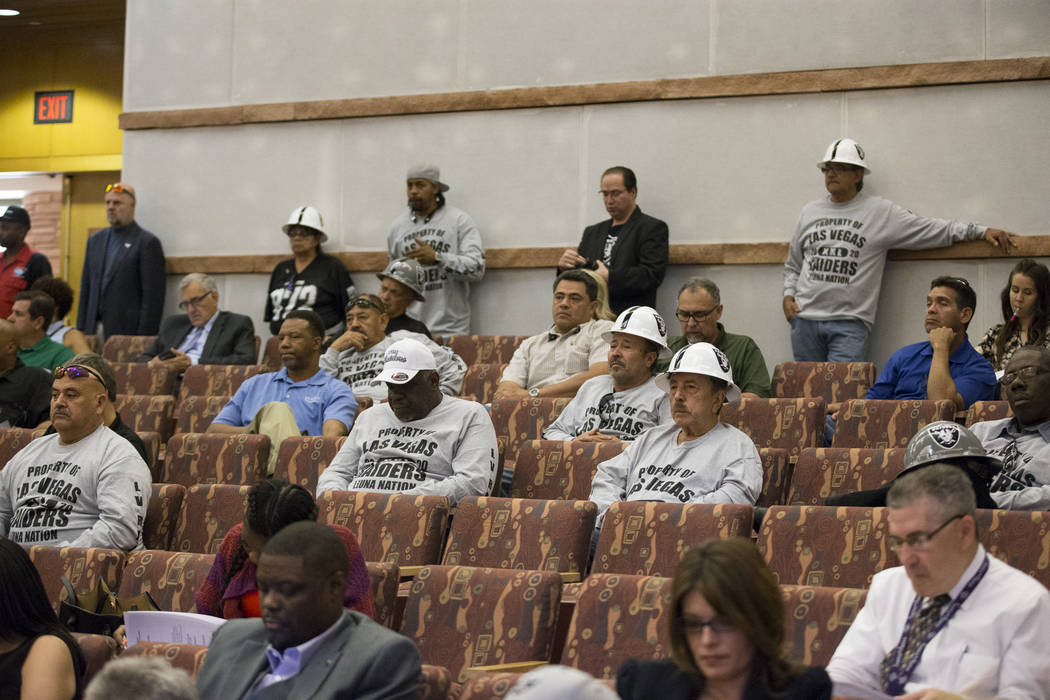 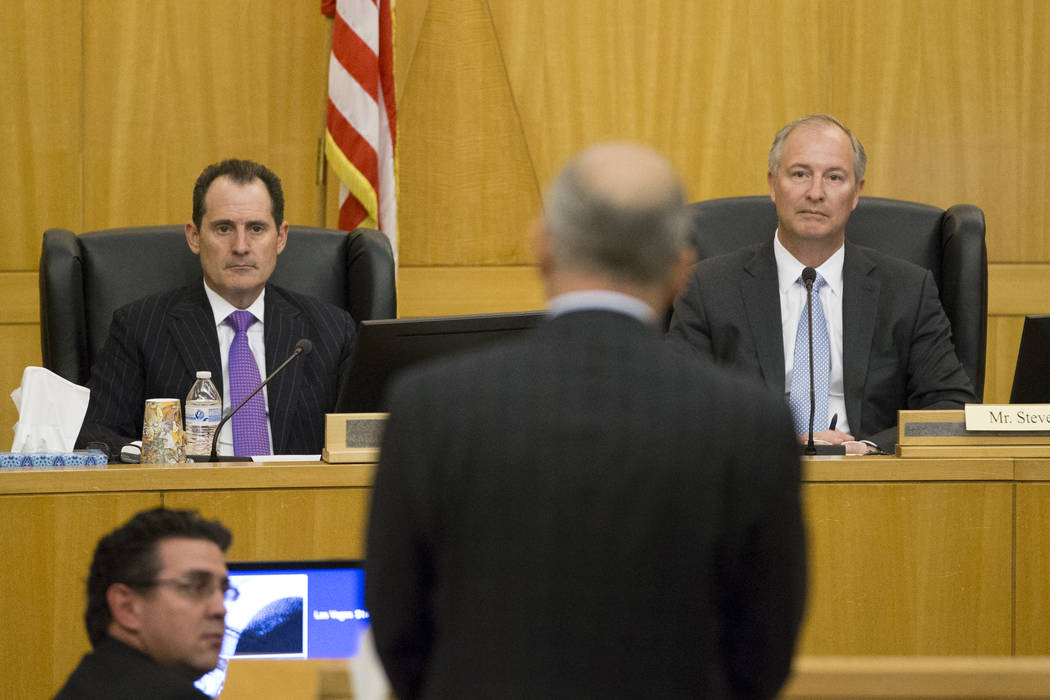 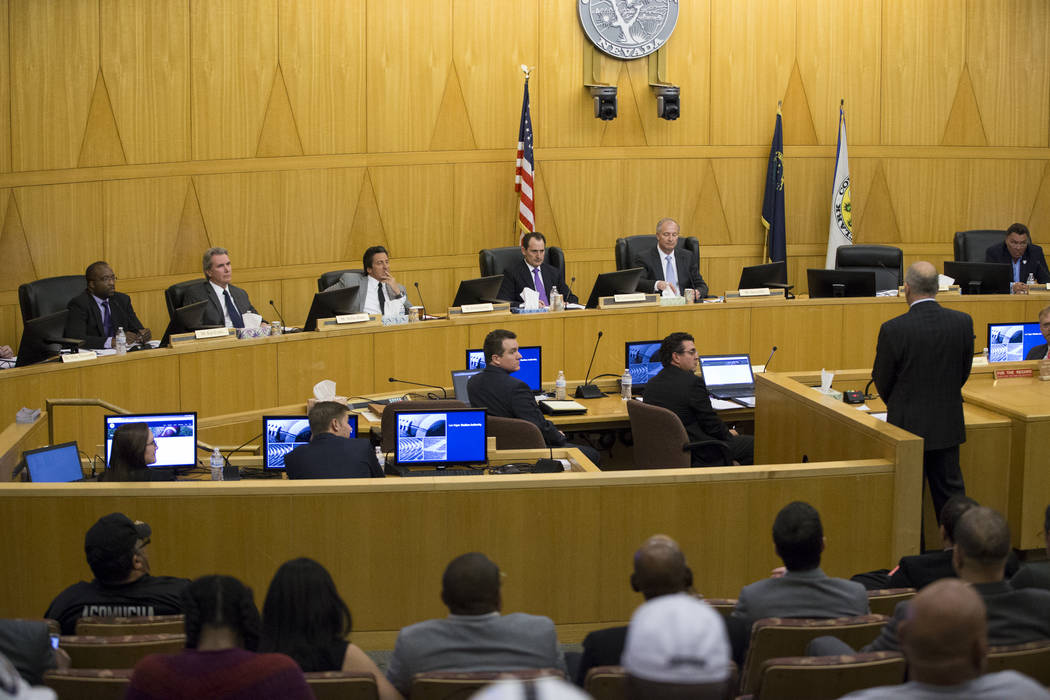 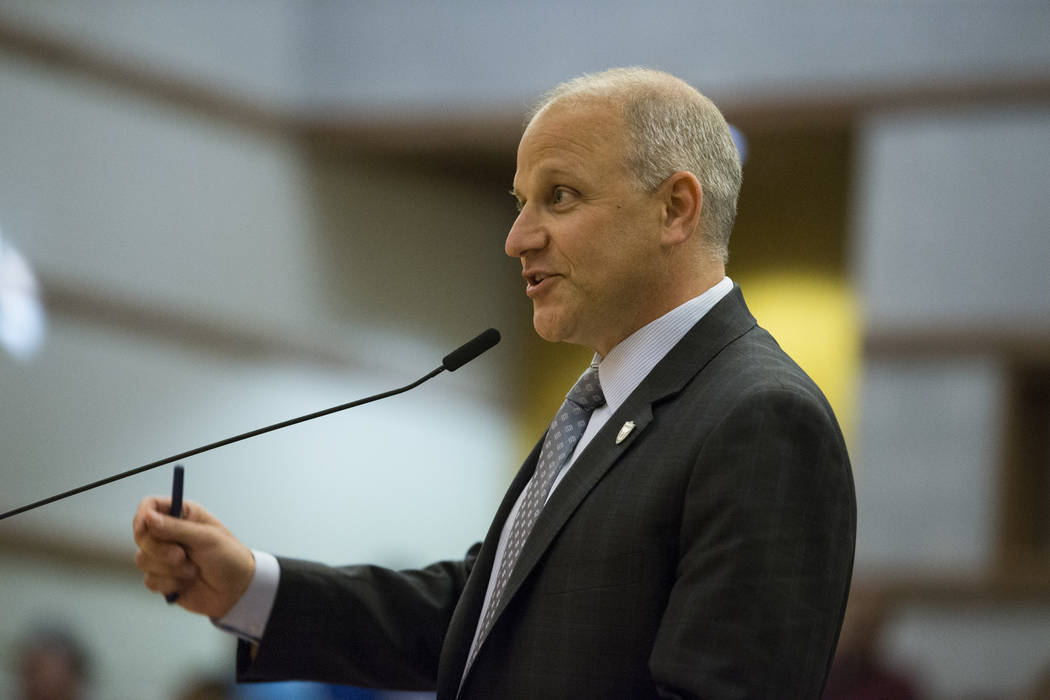 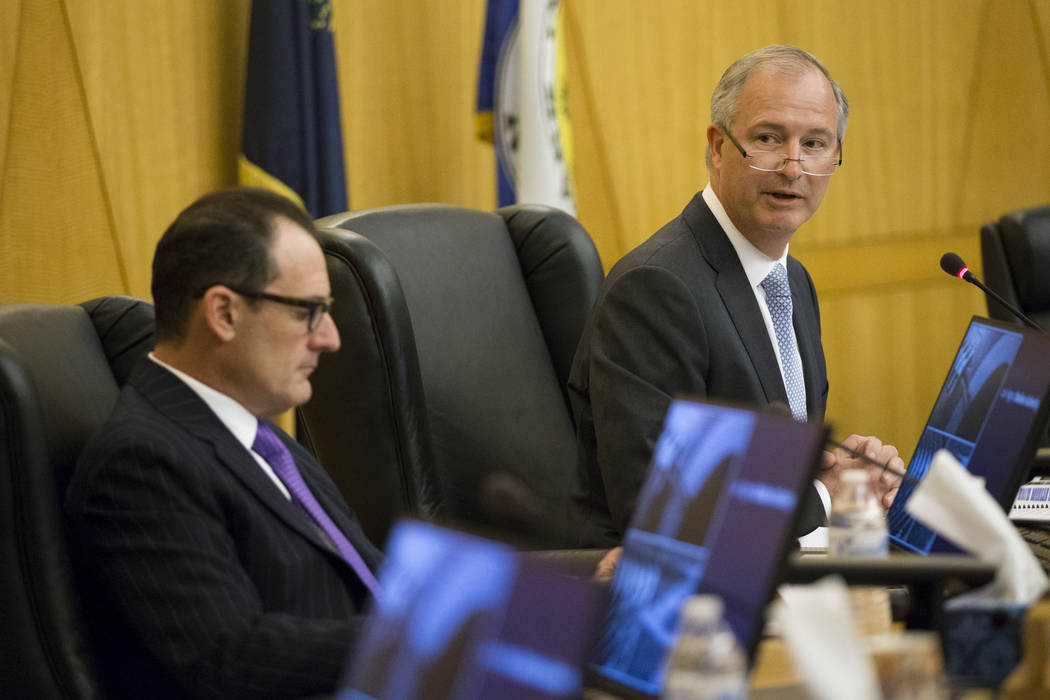 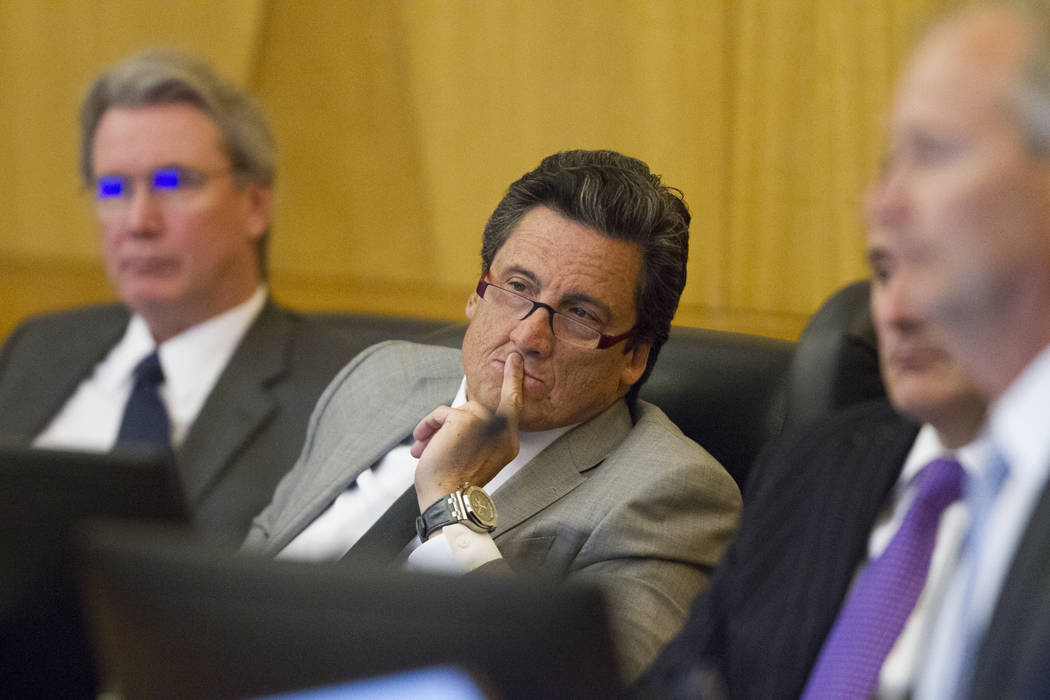 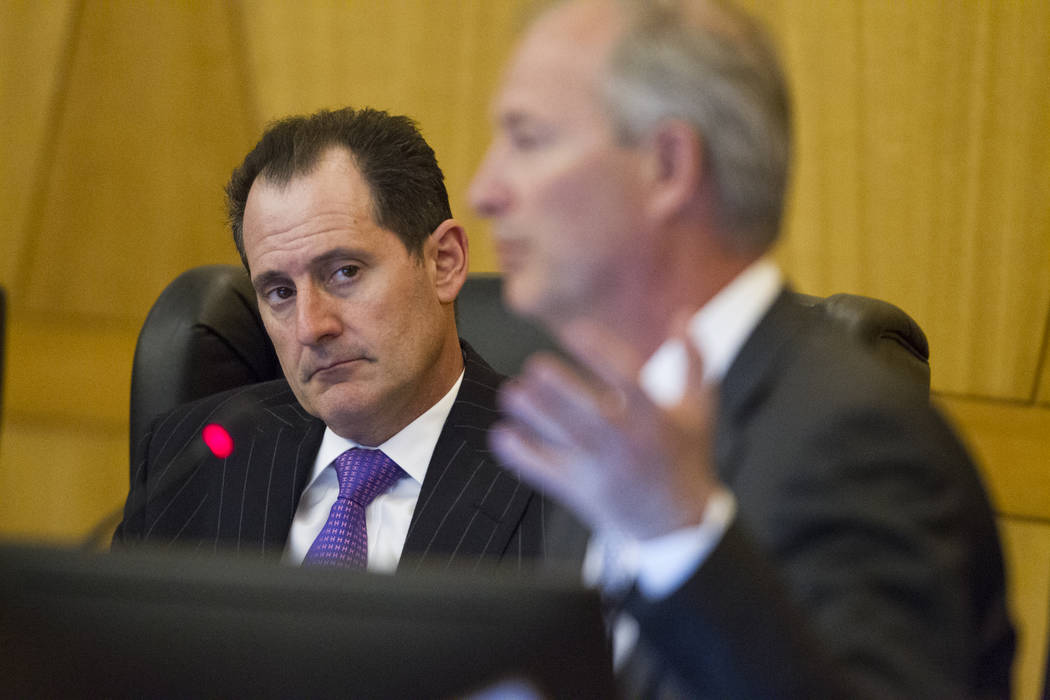 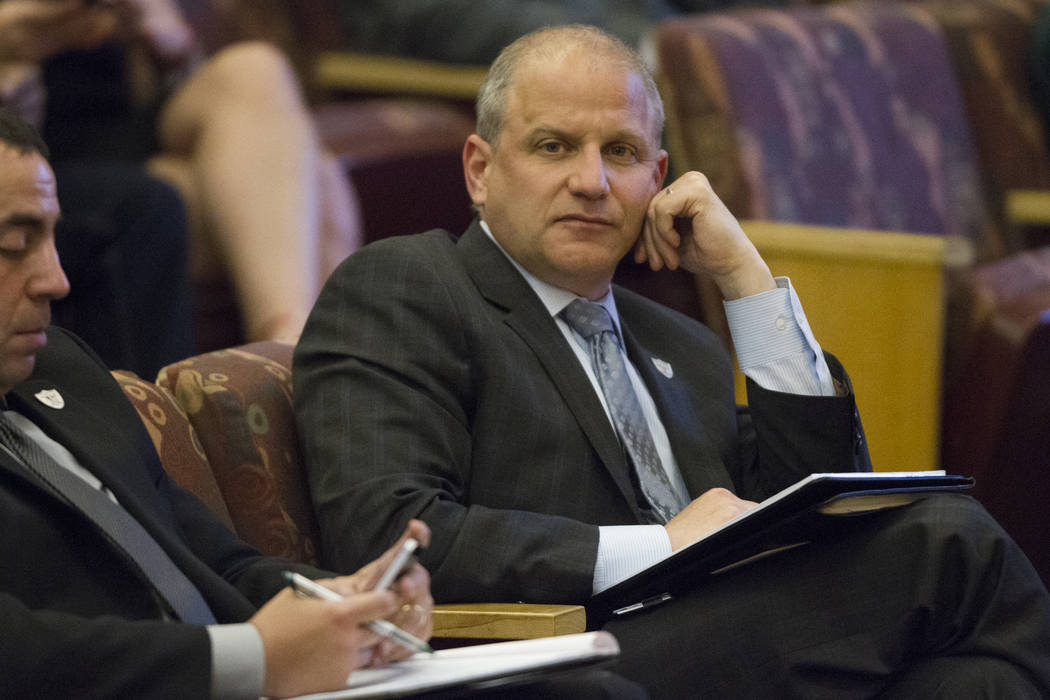 Members of the Las Vegas Stadium Authority Board on Thursday took their first dive into a new draft lease agreement with the Oakland Raiders amid concerns they won’t be able to build a 65,000-seat dome in time for the 2020 season.

Mark Arnold of Houston-based Andrews Kurth Kenyon, the authority’s contracted attorney, spent an hour going section by section through the working draft of the 65-page document that also will include six separate exhibits.

The draft isn’t complete and Authority board Chairman Steve Hill said there are still some issues to resolve, including a critical sublease that would spell out UNLV’s access to the facility.

After Arnold’s review, board member Bill Hornbuckle, president of MGM Resorts International, said he was concerned about whether everything would be completed by August 2020 when the team targets moving in.

“It took us 22 months from groundbreaking to opening of the T-Mobile (Arena), and this is a bigger project,” Hornbuckle said after the meeting. “There’s room for concern. Having said that, it can be done, but we’ve got to be breaking ground by fall.”

Hill said he intends to have a timetable completed by the authority’s next meeting, May 11, that outlines when documents, studies and actions must be completed.

Hornbuckle said Hill’s remark provided some comfort, but, “I wanted to have this in front of everybody, including the Raiders organization, the pressure of if you want to have this done, you’ve got to go now. That’s the point.”

Hill and the seven other board members present peppered Arnold with questions throughout his presentation, but no contentious issues emerged. Board members will have three weeks to examine details of the proposed agreement before their next review.

Earlier in the meeting, Raiders President Marc Badain thanked and acknowledged those who helped the team in its quest to relocate to Las Vegas.

“We’re amazed at what we’ve accomplished with a lot of people in this room, and I’m pretty humbled to be standing here,” Badain said.

He acknowledged the long list of agreements that need to be completed and said the team has hired consultants and advisers to gather the information needed to finish them.

Badain reiterated the team’s intent to acquire 62 acres at Russell Road near Interstate 15 but offered no details on the status of that acquisition.

He said an event is planned April 29 at the “Welcome to Fabulous Las Vegas” sign to announce the names of college players the Raiders select in the NFL draft, which begins Thursday. Badain said players wouldn’t attend the event, and Sisolak tweeted Thursday that more details would be announced later.