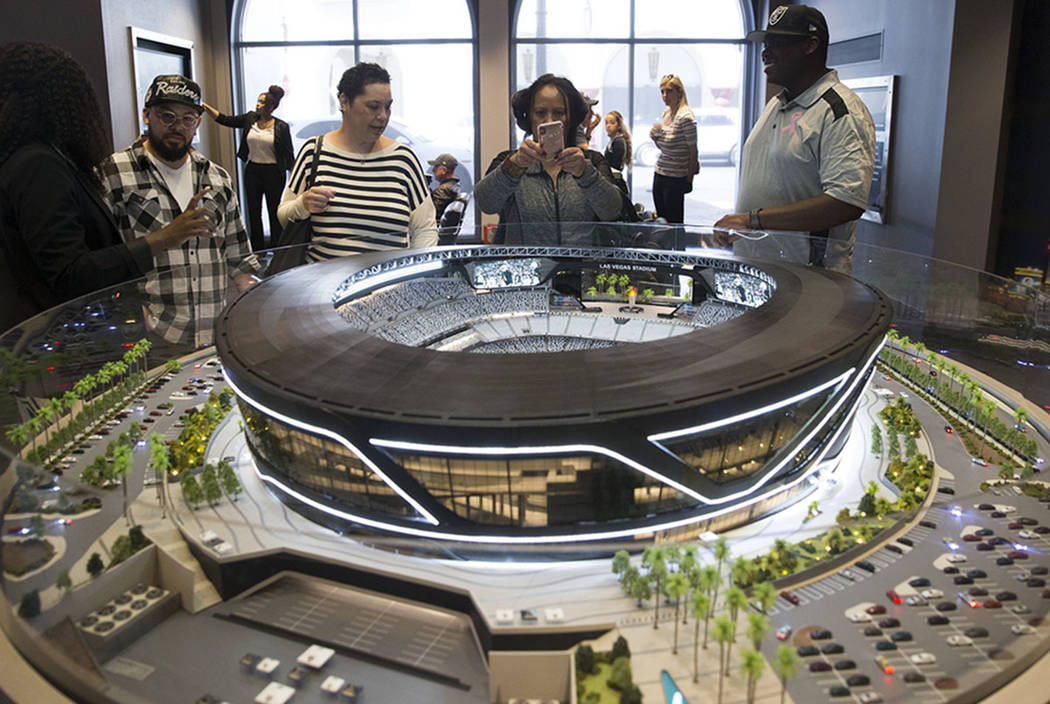 The past three years have been Clark County’s best when it comes to visitation levels.

“Clark County expects the new NFL stadium will be a notable new draw for consumers and visitors,” Moody’s Patrick Liberatore wrote, adding that the stadium and upcoming expansion of the Las Vegas Convention Center should allow the city to host larger events and diversify visitor draws.

“In addition to professional football, the approximately 65,000-seat stadium will compete to attract other large-scale sporting events and also provide the Las Vegas area with its first major facility that can accommodate other large-scale events, like major music tours,” Liberatore wrote.

But other groups, like the Nevada Policy Research Institute, have a less favorable view of the taxpayer-funded venue.

“If the Raiders stadium deal was a truly compelling investment, there would have been no need to rely on taxpayer dollars in the first place,” communications director Michael Schaus said. “The best way to create sustained economic growth would have been to keep that $750 million in the pockets of Nevadans, rather than subsidizing a billionaire’s private NFL team.”

Moody’s 10-page report shows the number of visitors to the county in recent years is well above the pre-recession peak. Hotel occupancy rates have been “consistently strong,” the report states.

However, the report notes that the Las Vegas Convention and Visitors Authority expects decreased tourism levels this year because of the Oct. 1 mass shooting, “as shown by projected slower growth in room tax collections even with rising room rates.” LVCVA data show visitor levels have seen a year-over-year decrease every month as far back as June 2017.

Employment in the tourism industry is at nearly identical rates as before the Great Recession, the report states. Today the industry employs about 30 percent of the county’s workforce, which is nearly three times higher than the national average.

The number of construction jobs have not recovered from the nosedive construction employment took during the economic downturn, but there have been notable increases in employment in the sectors of health care and higher education.

“We anticipate that recent, modest diversification in employment will provide some marginal resilience in a future recession,” the report states. “However, Clark County’s economy is less diverse than other major metro areas and its outsized reliance on tourism will always leave it exposed to economic downturns.”

The report also praises the finances of Clark County government, which provides services to about one-third of Nevada’s population.

The county has maintained its credit rating, Aa2 stable, even after issuing some $850 million in bonds for the stadium and convention center expansion this year. The county plans to issue an additional $900 million in bonds within the next two years, according to the report.