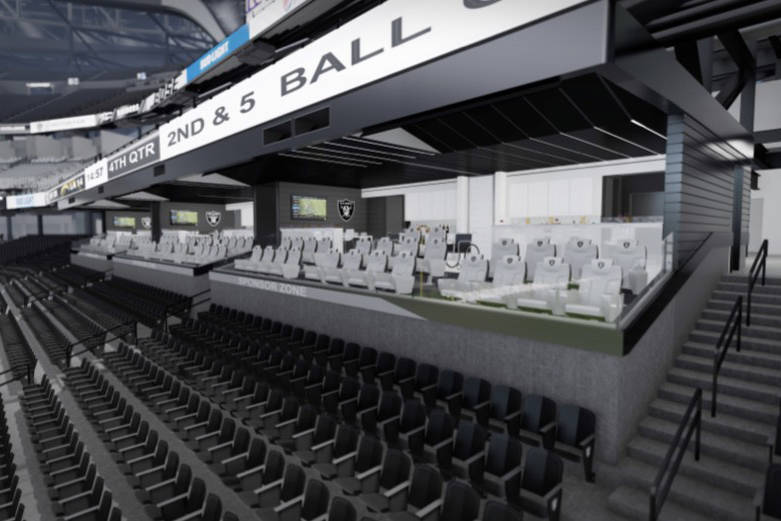 A view of one the suites at the Las Vegas stadium. The suite is part of 20 new suites announced for the project this week. (Courtesy Las Vegas Stadium Co.) 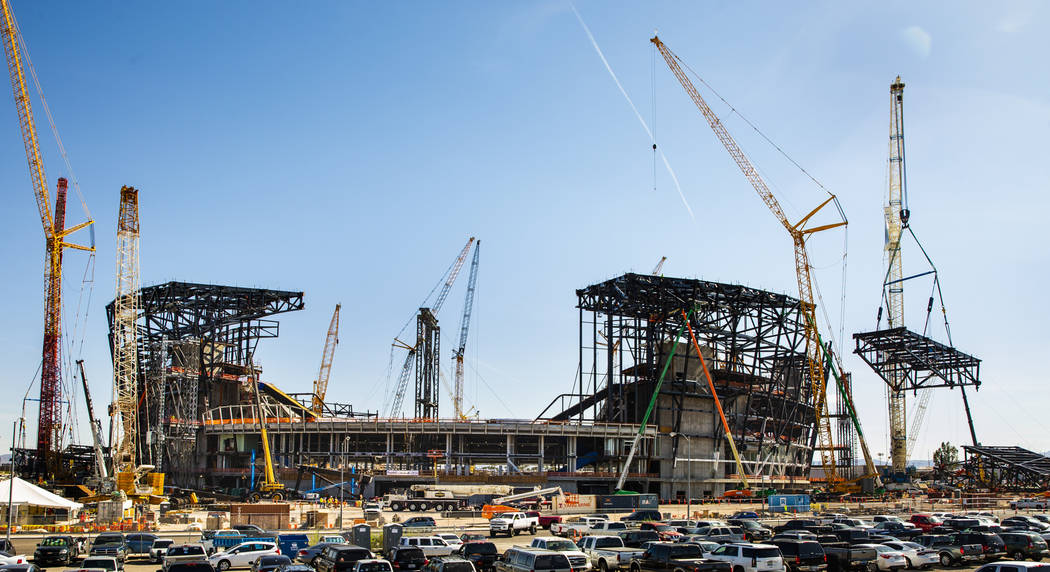 The newest truss is lifted and soon attached to the top of Raiders Stadium on Wednesday, May 1, 2019 in Las Vegas. (L.E. Baskow/Las Vegas Review-Journal) @Left_Eye_Images 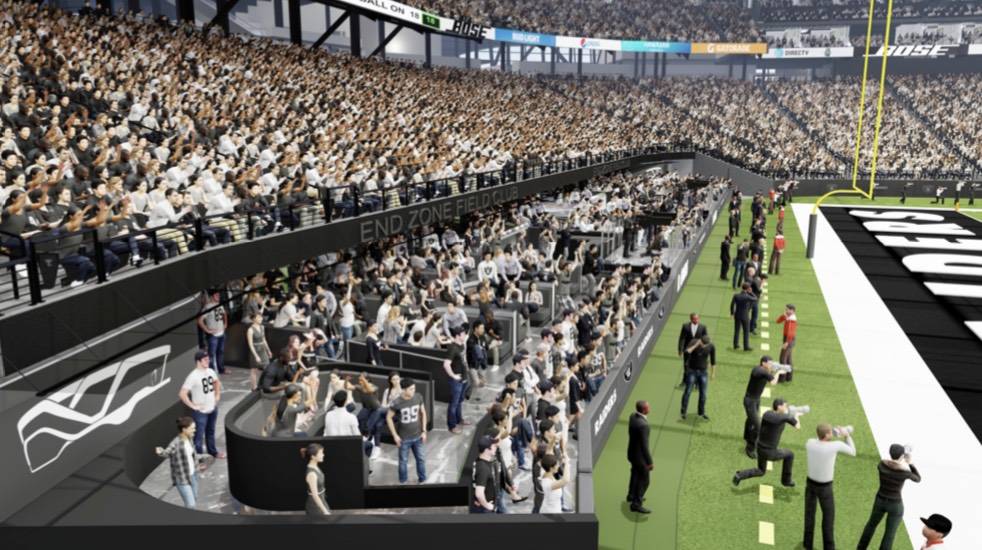 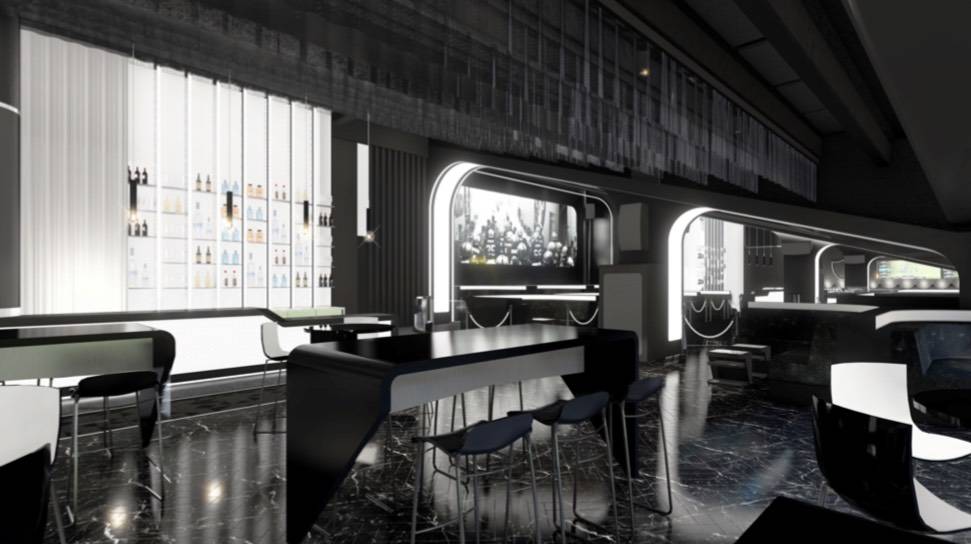 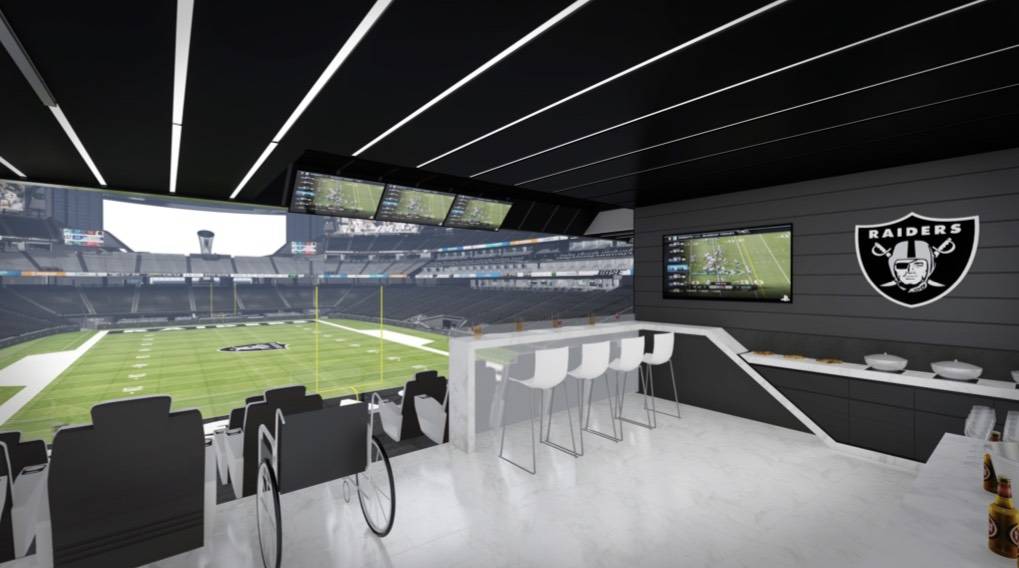 A view looking from inside one of the suites at the Las Vegas stadium. The suite is part of 20 new suites announced for the project this week. (Courtesy Las Vegas Stadium Co.)

The budget for the $1.8 billion Las Vegas stadium project increased by $40 million this week, but that’s tied to positive news that could help net the stadium the biggest game in sports.

The extra money will allow stadium officials to add 20 new suites, increasing the number planned for the 65,000 seat stadium to 128, according to Raiders President Marc Badain. And the additional suites will make the stadium more attractive for large events, like the Super Bowl.

“This is good news,” Webb said at Thursday’s Las Vegas Stadium Authority meeting. “Normally a person in my position reporting to a public body such as yours has the unenviable task of telling you why the project is over budget because costs weren’t properly accounted for… that’s not what this is about. This is good news, not bad news.”

Of the $40 million windfall, $8 million will go toward adding the 20 new suites in place of some single seats in the south end zone.

“It took out a few seats in that one end zone structure, a few hundred seats, but capacity will still be around 65,000,” Badian told the Review-Journal. “So it will be some fixed (seating) and some standing room only to get us up to that number.”

Aside from being beneficial for everyday events, the added suites will benefit the larger events that could be held at the stadium.

Aside from the new suites, a new 26,000-square-foot field-level club area, which could fit upwards of 800 people, will be added to the stadium.

The new field level club, which replaces the previously planned bunker suites in the north end zone of the stadium, will account for $10 million of the budget increase.

Stadium officials said the club area will generate more revenue than the suites in the area would have and will improve the fan experience.

Webb said the space will likely be used differently for Raiders games than it is for concerts and other events.

The Raiders will foot the bill for the $40 million added to the project’s budget, Webb said.

A big factor in including the new additions was the strong personal seat license sales, which were originally budgeted to draw $290 million.

About 85 percent have been sold and Badain said he believes the number will eclipse the originally budgeted amount.

“I do forecast it going above $290 million,” he said. “(If the amount eclipses $290 million) That money will go back into the project.”