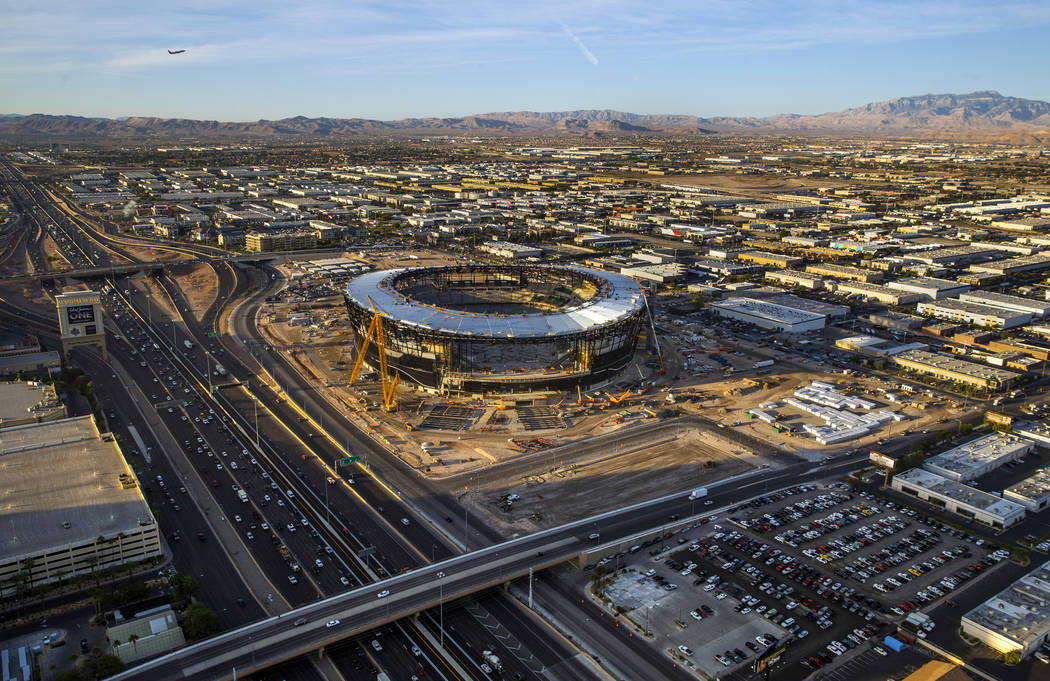 Nine months after the LV Stadium Events Co. secured approval to use an alternative energy provider, the company is moving toward becoming a long-term NV Energy customer.

The Raiders subsidiary has entered into an agreement with NV Energy for a renewable energy-based supply service based on a new tariff structure. The Nevada Public Utilities Commission would need to approve both the agreement and tariff before the deal moves forward.

It comes after 10 companies began efforts to leave NV Energy in 2018. According to the filing, NV Energy organized the proposal after receiving “overwhelming customer feedback” requesting more cost-certain and flexible electric bills.

NV Energy submitted the proposal to the PUC last week. The 25-year deal would provide bundled energy service with a reduced rate to Allegiant Stadium — set to open for the 2020 football season — and the Raiders’ administrative facilities and practice facility in Henderson.

The rates in the supply agreement reflect the market price of energy and would be broken down into two supply periods.

The first short-term energy supply period would enable NV Energy to serve energy from the wholesale market based on market index pricing, or energy from excess capacity from its generation fleet.

The subsequent long-term period would charge a fixed price per-megawatt hour and would include charges for natural gas transportation. If approved, the power would be drawn from a renewable energy facility and its associated energy storage facilities starting in the second half of 2023, when the facility is set to begin commercial operations.

“LV Stadium quickly made clear its strong commitment to Nevada and its desire for a transactional structure that prioritized stability over the course of several years,” according to the agreement. In turn, NV Energy proposed a structure with an electric rate “fixed over the vast majority” of the 25-year term.

Under the agreement, LV Stadium Events would not be able to pursue any alternative providers for the Raiders’ facilities.

“NV Energy is honored to be the energy supplier for the Raiders and their new home at Allegiant Stadium,” according to a statement from the utility. A spokesman for LV Stadium Events did not return a request for comment in time for publication.

The agreement would be part of NV Energy’s proposed Market Price Energy Program, which would provide alternative service options to new companies locating in Nevada. The tariff would be open to retail customers that have received approval to leave NV Energy but have not been assessed an impact fee by the PUC.

Such customers cannot currently be receiving any fully bundled service from NV Energy, and they must have an annual load of at least 1 megawatt in NV Energy’s service territory.

NV Energy stressed that the service agreement is beneficial to both itself and LV Stadium Events.

According to the agreement, long-term deals with large customers allow NV Energy to make stable planning assumptions and engage in “fixed-price, low-cost, long-term commitments” to provide energy on behalf of all customers.

This agreement “provides for affordable and predictable customer bills and shields customers from fuel and market volatility for decades,” all while avoiding “shifting costs to other customer classes,” according to the agreement.