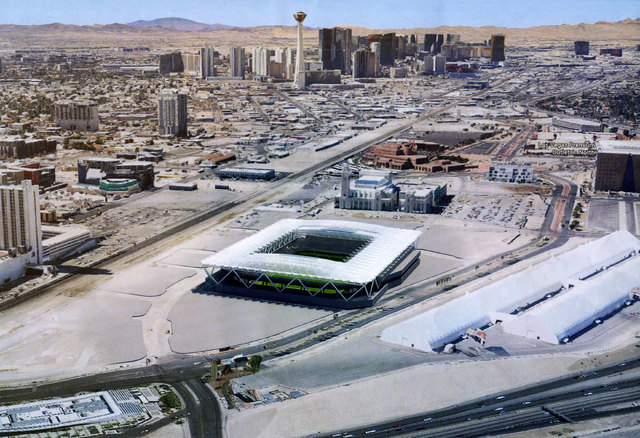 Among the many obstacles the $200 soccer stadium in downtown Las Vegas is parking. A representative of Las Vegas North Premium Outlets, the mall at 875 S. Grand Central Parkway near the proposed stadium site that offers about 2,350 free parking spaces, said, “Parking is a real issue for us.” 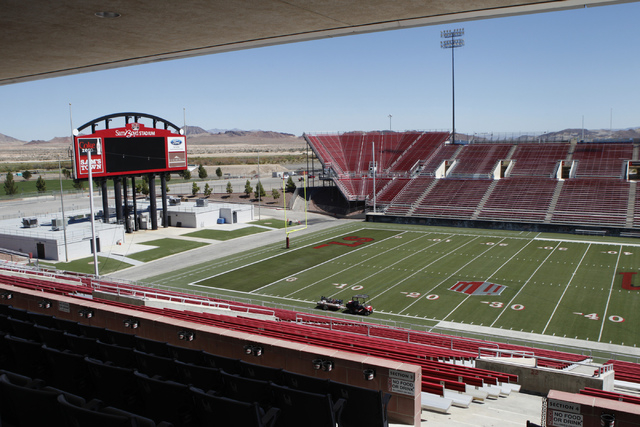 Don’t bury Sam Boyd Stadium quite yet. In fact, University of Nevada, Las Vegas officials need to make some serious decisions about improvements to the often-maligned, 38,600-seat venue that sits in a residential neighborhood about seven miles from campus. 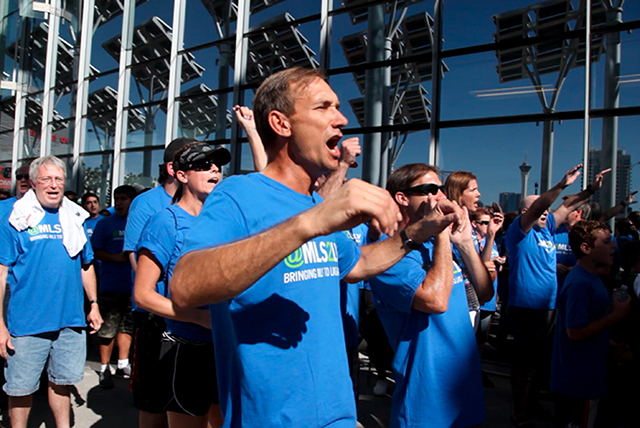 After four years of considering a professional sports venue and poised to vote on a nonbinding stadium deal Wednesday, the Las Vegas City Council pushed the decision to Oct. 1 to allow Councilwoman Lois Tarkanian more time to speak with city residents about the proposed Major League Soccer (MLS) stadium. 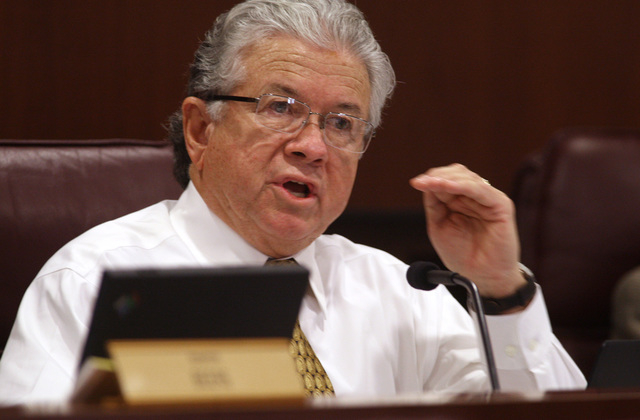 Mayor Carolyn Goodman’s push for a publicly subsidized soccer stadium lost steam Friday, when Councilman Bob Coffin said he will vote against the city stadium term sheet with two private partners, while Councilwoman Lois Tarkanian said she is “very, very concerned about the amount of taxpayer funds” going to the project. 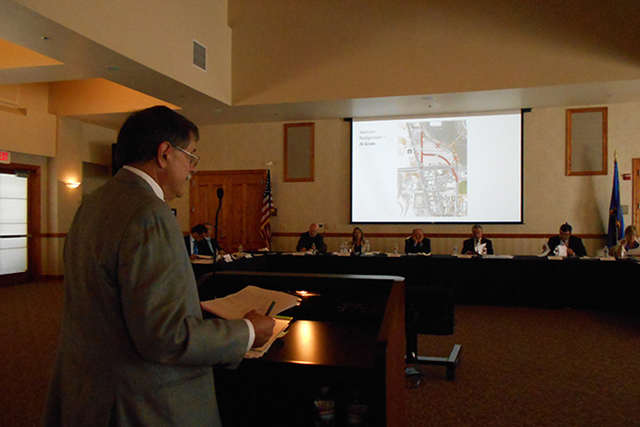 Don Snyder, UNLV acting president and stadium board chairman, called an audible during a campus stadium meeting Thursday by saying he wants to delay the $523 million stadium project by two years and have the state Legislature address the stadium issue in 2017 — not during next year’s session in Carson City. 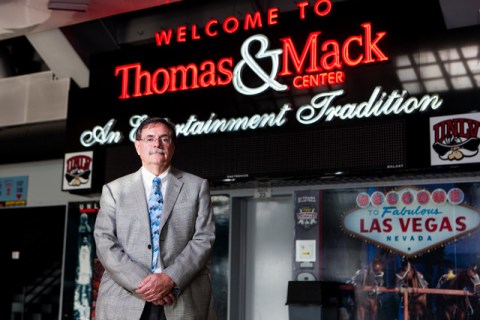 When UNLV advertised a job for $47 million worth of arena improvements at the Thomas &Mack Center a little more than a year ago, the inquiries from America’s sports venue construction companies were immediate. 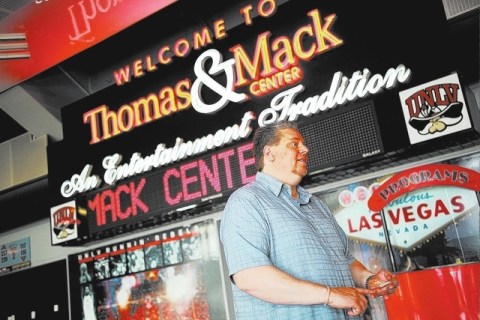 While two arena proposals along the Strip and one in downtown draw most public attention for arenas, UNLV is quietly finalizing details to overhaul the Thomas & Mack Center, a facility that hosts everything from Rebels basketball to sold-out national rodeos to kids shows. 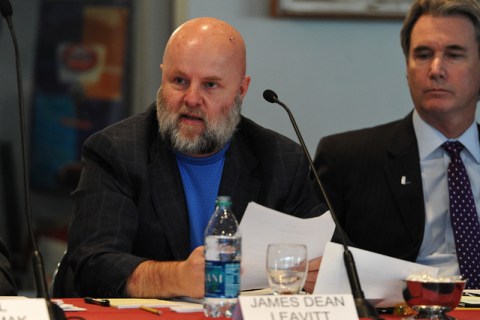 An engineering study says there are two viable University of Nevada, Las Vegas stadium sites, with the report showing a proposed realignment of Swenson Street to accommodate one of the sites on the southwest side of the Thomas & Mack Center. 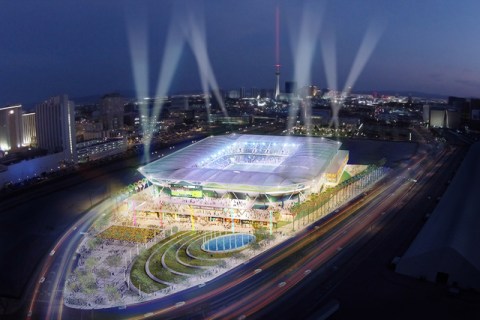 Las Vegas city officials Tuesday said they have a term sheet with their proposed soccer stadium partners — The Cordish Cos. and Findlay Sports & Entertainment — that would require the public to contribute $127.1 million. 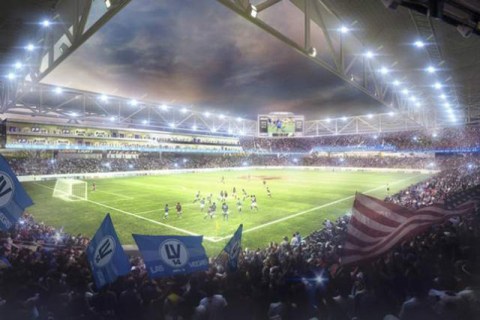 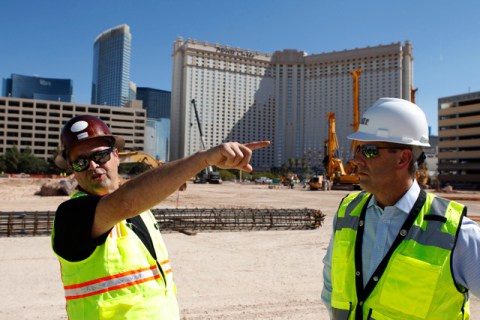 Rolling excavation machines have dug a shallow, oval-shaped hole of four feet or so on the 14.5-acre construction site to make way for the $375 million arena being built by the partnership of MGM Resorts and Anschutz Entertainment Group. 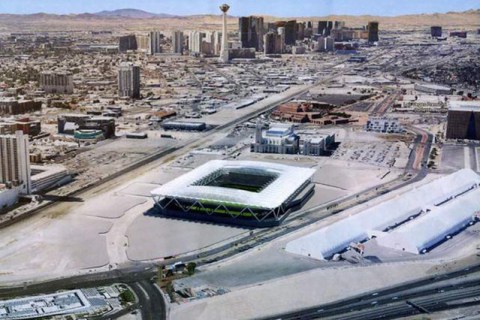 Report: The Cordish Cos. was sued for racial discrimination
By ALAN SNEL / RJ

The Cordish Cos., the Baltimore-based company partnering with the city of Las Vegas on a soccer stadium proposal, was the subject of racial discrimination lawsuits and complaints in entertainment districts in three states, according to a New York Daily News report posted early Monday. 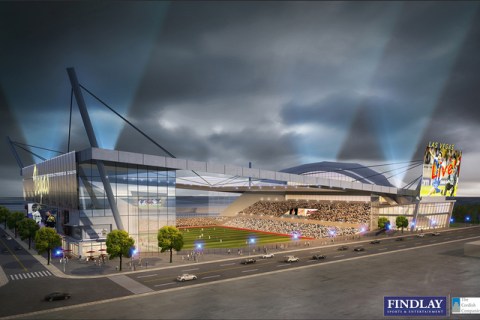 Call it a “soccer stadium” and Las Vegas Councilman Bob Coffin volunteers to correct you. “You really want to call it a multi-purpose stadium,” Coffin says. 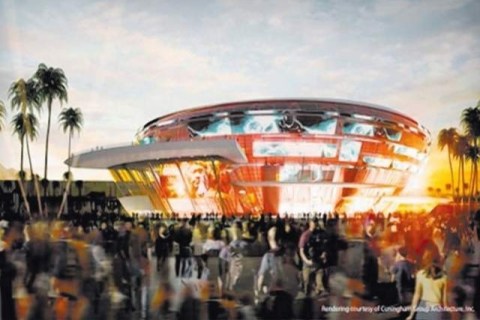 With all the stadium, arena and ballpark proposals floating around Las Vegas, it’s a challenge to keep track of them all. Here’s the rundown for those keeping score:

After the unanimous Clark County Commission vote Wednesday, Jackie Robinson hugged brother, Charles. Moments earlier, commissioners — acting as the zoning board — approved a $1.3 billion resort and arena project at the old Wet ‘n Wild site next to SLS Las Vegas on the north end of the Strip.