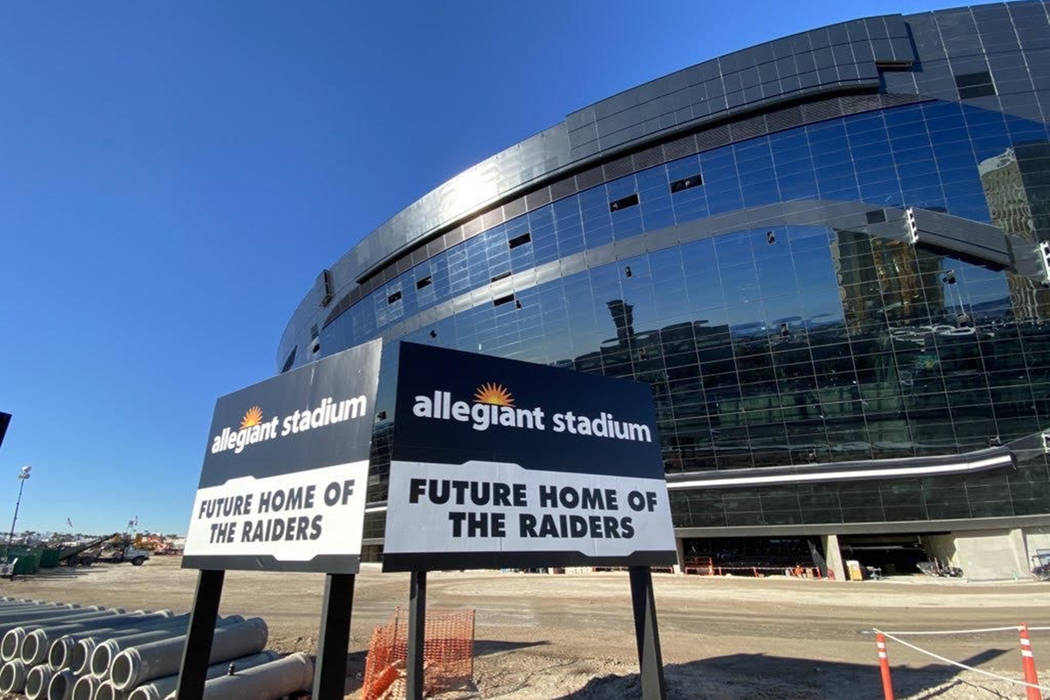 The budget for personal seat license sales at the Raiders’ Allegiant Stadium has increased by $228 million over original estimates.

Initially projected to bring in $250 million, better than forecast sales have led the Raiders to increase the PSL budget by 91.2 percent to $478 million, according to the latest financial report provided by the Las Vegas Stadium Authority.

The increased budget has allowed the Raiders to add new features such as additional suites, a 26,000-square-foot field-level club, upgraded fixtures and art and an upgraded internet connection.

A total of 126 suites will be featured in Allegiant Stadium.

The Raiders’ PSLs ranged from $500 to $75,000 and are 99 percent sold out according to Raiders president Marc Badain. The Raiders have a PSL wait list at Allegiant Stadium’s website.

A PSL gives the person who purchases a specific seat in the stadium exclusive rights to buy Raiders home game season tickets thereafter. The PSL fee is only due once, but holders are required to purchase seats each season.

The PSLs will be among the many items discussed at Thursday’s stadium authority board meeting.