Raiders fans will not need to worry about places to tailgate, as plans are in motion to provide as many places as possible for fans to enjoy pre-game festivities. (Cassie Soto/Las Vegas Review-Journal) 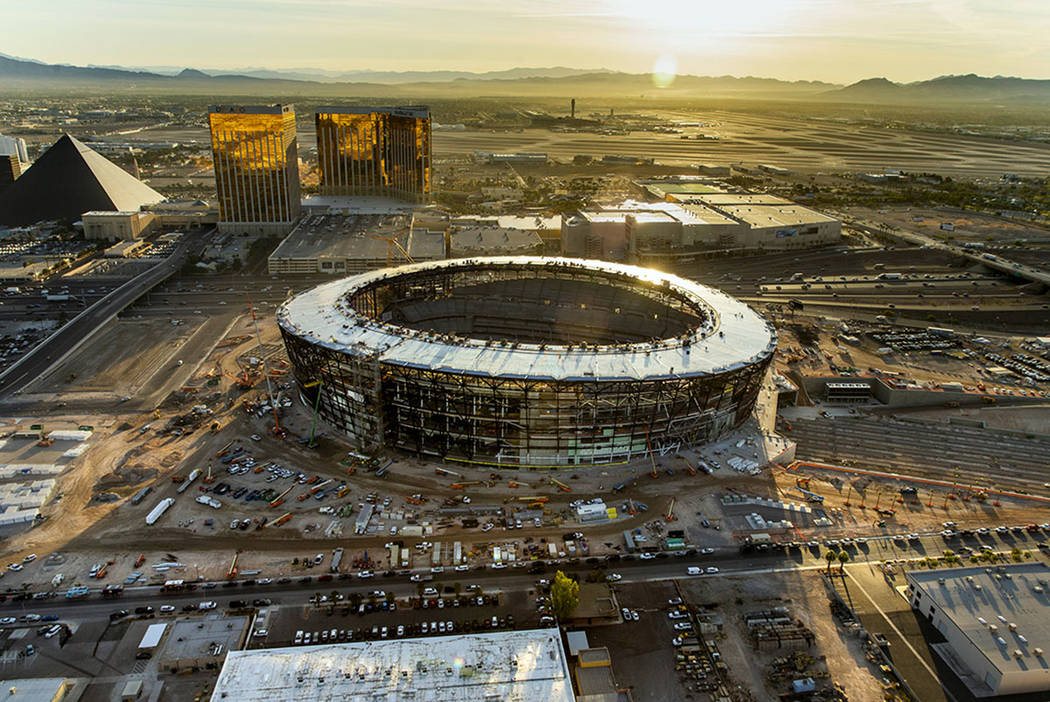 Despite worries from some Raider Nation members regarding Allegiant Stadium, team president Marc Badain said this week that tailgating will not be a major issue next season when the Raiders move to Las Vegas.

Ever since word got out that the $2 billion, 65,000-seat stadium had only 2,725 on-site parking spaces, worries have arisen about parking and tailgating opportunities for fans.

At a Las Vegas Stadium Authority board meeting Monday, Badain addressed the team’s latest effort to accumulate parking spaces. He also sought “to put to rest some of the narrative that is out there, which is false, which is that we’re trying to discourage tailgating.”

“Every lot that we have control over will both encourage and allow tailgating,” he said. “Some of the property owners that we’ve talked to will also allow tailgating. Some lots won’t.”

With Raiders fans accustomed to tailgating in the parking lots of RingCentral Coliseum (formerly Oakland-Alameda County Coliseum), Badain gave assurances that fans will be able to get together near Allegiant Stadium before games.

Badain previously told the Las Vegas Review-Journal he estimates the land included in the Frias deal would open up about 2,700 additional parking spots. The team has agreements in place to park 9,000 vehicles within walking distance of the stadium, he said.

The only leased parking lot where tailgating will be clearly off-limits is the MGM Resorts International-owned Las Vegas Village site, where the Route 91 Harvest festival shooting occurred in 2017. MGM officials confirmed in September that tailgating will not be allowed at the site.

On top of the Frias and Las Vegas Village sites, the Raiders have been busy securing other areas to add to their stadium parking portfolio, including two parcels leased from Clark County.

“We’re also in a number of negotiations … to lease parcels of land that would significantly increase the parking capacity,” Badain said. “We have about 25 to 30 negotiations going on with landowners just west of the stadium to create a parking co-op.”

Last year the Raiders unveiled five off-site locations where fans would park and take shuttles to and from the stadium.

Once the parking plan is finalized for the first season at Allegiant Stadium, the facility will be have more spaces than what’s needed, Badain said.

“If we complete all that we have in the hopper at this moment, as well as other ones that are in discussion, we’ll have access to more than 22,000-23,000 parking spots,” he said. “We’ll have more capacity than we need, and this will be an iterative process and fluid and dynamic. We’ll watch it over time, and we’ll see which lots actually make sense, which our customers are actually using and which ones they want to use and then adjust from there.”

MOST READ: Raiders
1
Raiders coach says no decision on Kaepernick has been made