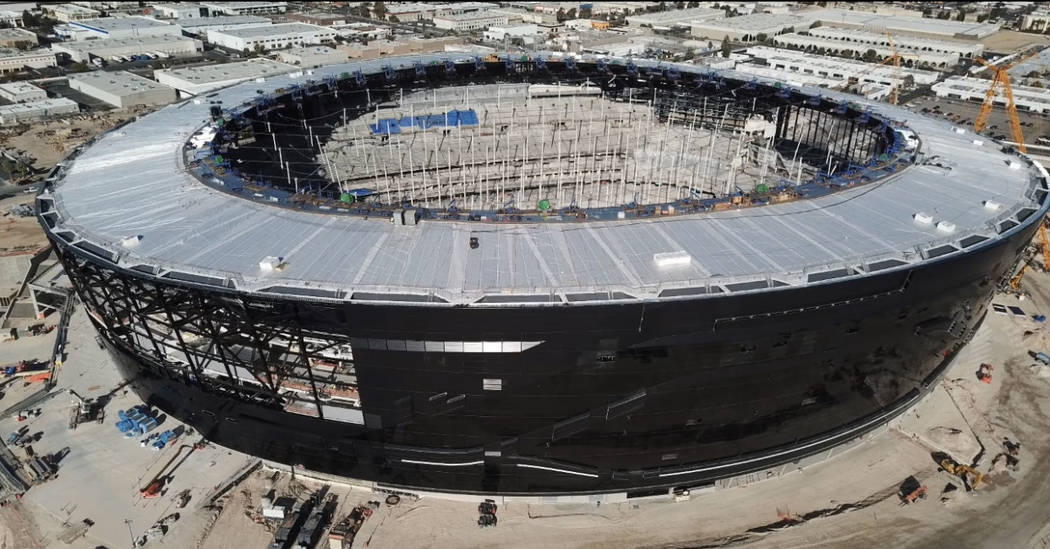 Around 60 percent of PSL buyers were from Nevada with 40 percent coming from outside the Silver State. (Courtesy Raiders)

Around 60 percent of PSL buyers were from Nevada with 40 percent coming from outside the Silver State, Raiders President Marc Badain told the Las Vegas Stadium Authority board.

“The majority of the 40 is from northern and southern California,” he said. “But we got a good response from other parts of the country as well.”

Around 7,000 fans who had season tickets in Oakland bought PSLs for Allegiant Stadium, Badain said.

The Raiders sold out their personal seat licenses well ahead of schedule, Badain said.

“I’m not aware of any stadium that’s actually sold out eight months before it opened,” he said. “There was a lot of doubt that this market could support any sports team. We’ve obviously in this market shown an exorbitant amount of support and we’re another example of that.”

A PSL gives the person who purchases a seat in the stadium exclusive rights to buy Raiders season tickets thereafter. The PSL fee is due once, but holders are required to buy tickets each season.

Prices for Raiders’ PSLs ranged from $500 to $75,000. Personal seat license sales generated $478 million, allowing for various upgrades at the stadium.

“There are 3,000 in the seats in the suites and then there’s a few thousand that the team has to keep for internal needs, the visiting teams and single game sales that we may do,” he said.