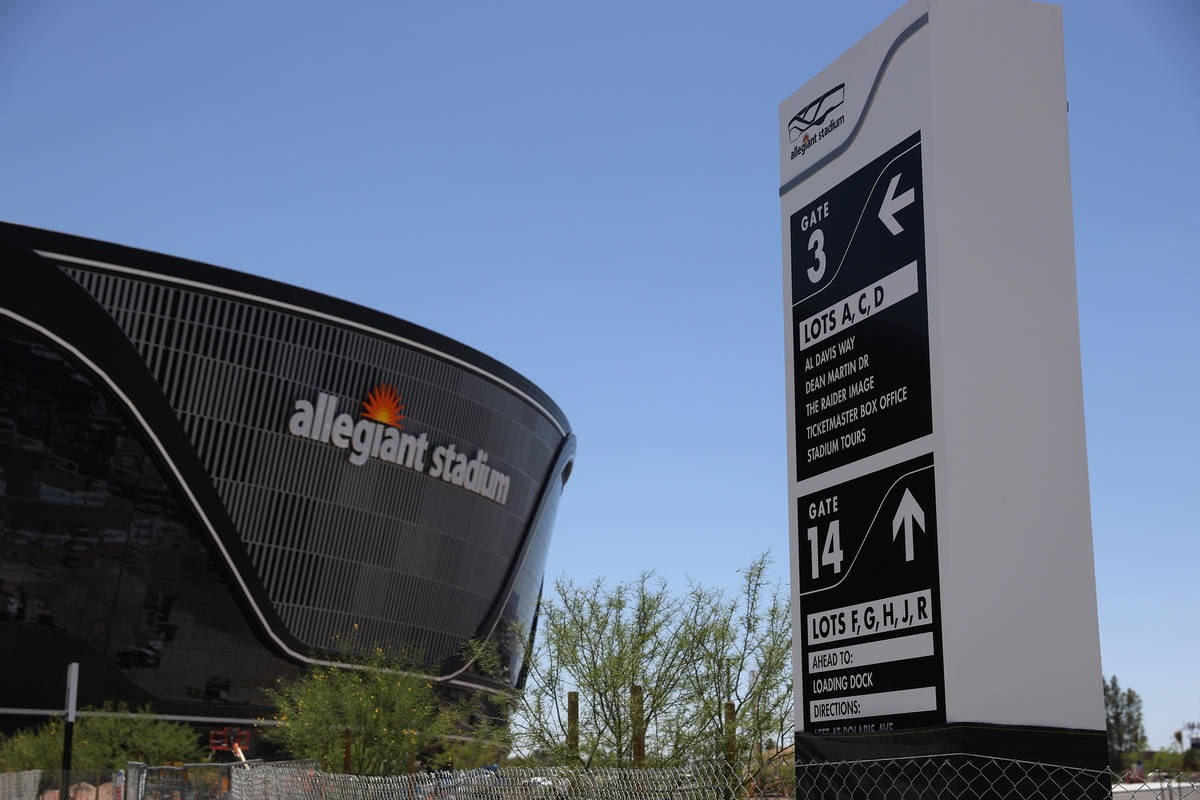 If plans go smoothly, Raiders quarterback Derek Carr won’t be the only one connecting at Allegiant Stadium next year.

“It does depend on a few things. If things go well, by the next football season (2021), we would be able to connect to the stadium,” Hill, who is also chairman of Las Vegas Stadium Authority, said Tuesday. “Things would have to go really well in order to make that happen. But that’s probably the earliest possible time that we could get a system really connected to the stadium.”

No estimate of the cost for a system linking the convention center and the stadium was provided. The Musk-owned Boring Co. will be responsible for the costs, Hill said, though resort properties and the stadium may also chip in.

Passengers also will be charged a fee to ride.

“Las Vegas has always been a town built off innovation and The Boring Company’s project at the convention center is another example of that,” Raiders President Marc Badain said. “If they want to extend it to the stadium, we’d be extremely supportive and think it would be great for the city and for the stadium project.”

The first planned step out of the convention center is to be an extension to Encore, where a separate tunnel leading to a station there could be finished in conjunction with the early January date, Hill said. The second step would be connecting the under-construction Resorts World Las Vegas property sometime after it opens around mid-2021.

New tunnels could be dug relatively quickly, Hill said, with it taking between a couple of weeks and a month to bore a mile of tunnel.

The holdup will be in planning the route and stations at the various resort properties en route from the convention center, located near the north end of the strip, and the stadium, located near the south end.

“The construction of the tunnels themselves has pretty much become the easiest part of this process,” Hill said. “It will be in the civil work that is necessary to make sure you can put that tunnel there. As the ramp comes up out of the ground you’ve got a bunch of infrastructure underneath all these properties. Knowing where you can put a tunnel or a ramp is the most time-intensive part of the process right now.”

The number of resorts that would have tunnel stops has not been determined.

Having the system link the convention center and the resort corridor would open up a plethora of parking options for those looking to attend events at the stadium, which has limited on-site parking.

“For example, you can get from here (convention center) to the stadium in about 4½ minutes,” Hill said. “That’s going to make game-day experience for everybody in that corridor much easier. If you want you could come park here and go to the stadium and it also ties all the parking garages up and down the Strip together.

“So, you can park anywhere and get someplace fast.”

The Raiders and UNLV football are slated to begin playing at the 65,000-seat stadium this year.