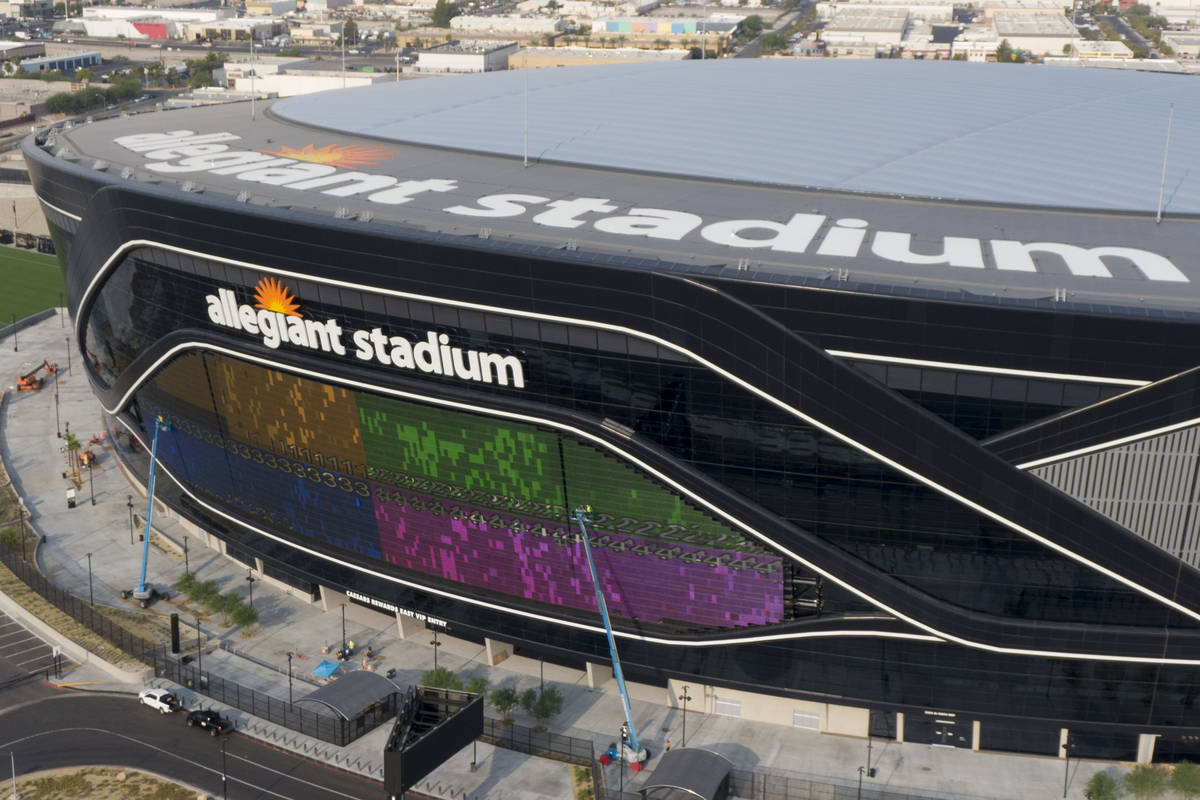 A massive 27,600 square foot video board lights up with color on the Interstate 15 facing portion of Allegiant Stadium on Tuesday, September 15, 2020. (Michael Quine/Las Vegas Review-Journal) @Vegas88s 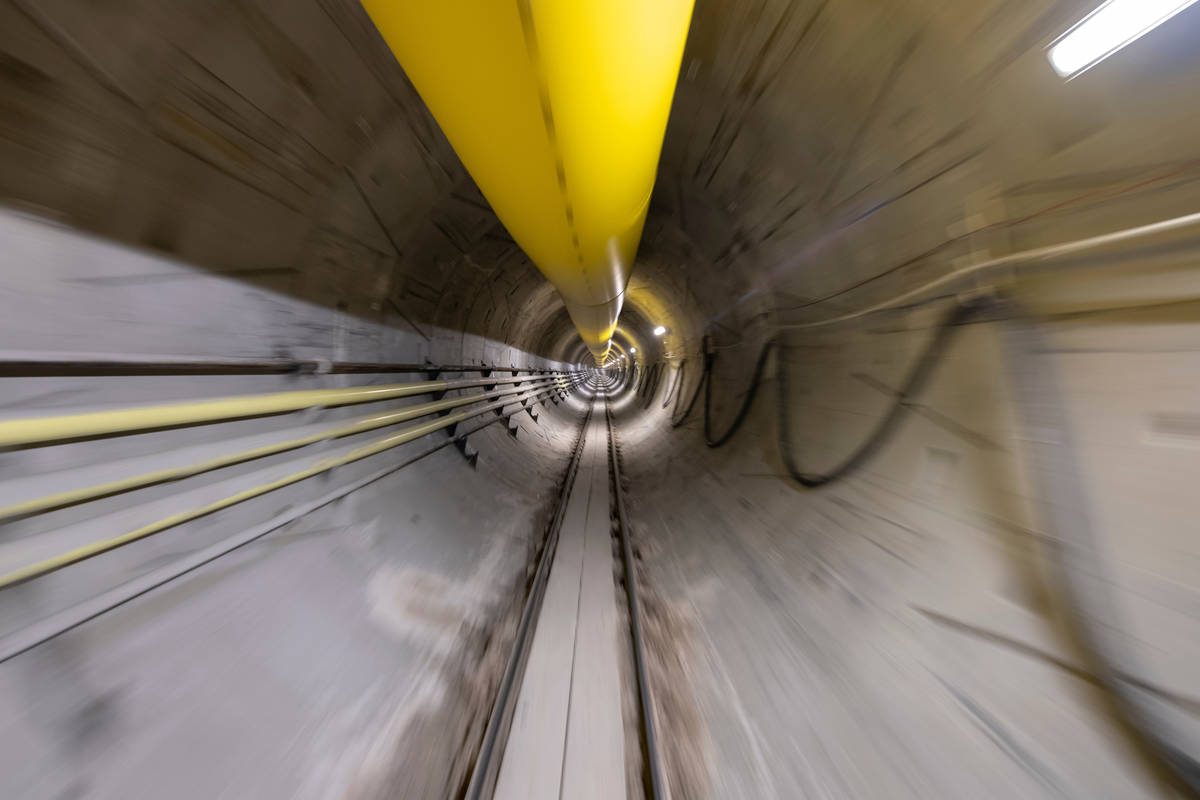 The project is included on Thursday’s agenda for the Las Vegas Stadium Authority, which will be asked to approve a land use application for a potential station at the stadium.

The Boring Co. plans to extend its tunnel-based transportation system from the Las Vegas Convention Center to Allegiant Stadium with stops at various resorts along the way, according to Clark County Director of Comprehensive Planning Nancy Amundsen.

“We don’t have a submittal as of yet for the alignment, although I believe we should within the next two weeks for an entire infrastructure project along the Strip,” Amundsen said via email Monday.

There is no projected cost for the possible Strip tunnel extension.

The Clark County Commission would need to approve a franchise agreement, which would be followed by the possible approval of the land use agreement, Amundsen noted.

The stadium is owned by the stadium authority, so the Raiders can’t approve the land use deal, but Don Webb, chief operation officer of the Raiders construction subsidiary submitted a letter of support toward the project.

“As the long-term lessee and operator of the Stadium, we are in strong support of the project and look forward to its speedy completion,” Webb said in the letter dated Oct. 7.

The Boring Co. is wrapping up work on its $55 million Convention Center Loop, which will transport people between the three convention halls when the convention center’s expansion project finishes at the end of the year. Passengers will ride on autonomous Tesla vehicles that can fit up to 16 people.

Two extensions from that loop to Encore and Resorts World have already been approved. The Encore station could come online as early as January, with the Resorts World stop likely to open in summer 2021.

The purchase allows the LVCVA to work toward removing the noncompete clause the monorail has in its franchise agreement, which keeps rival transit systems from operating in the resort corridor.

Steve Hill, president and CEO of the LVCVA and chairman of the stadium authority, previously said the extension of the Boring Co. tunnels to the stadium could be complete ahead of the start of the 2021 NFL season.

“Things would have to go really well in order to make that happen,” Hill said in June. “But that’s probably the earliest possible time that we could get a system really connected to the stadium.”