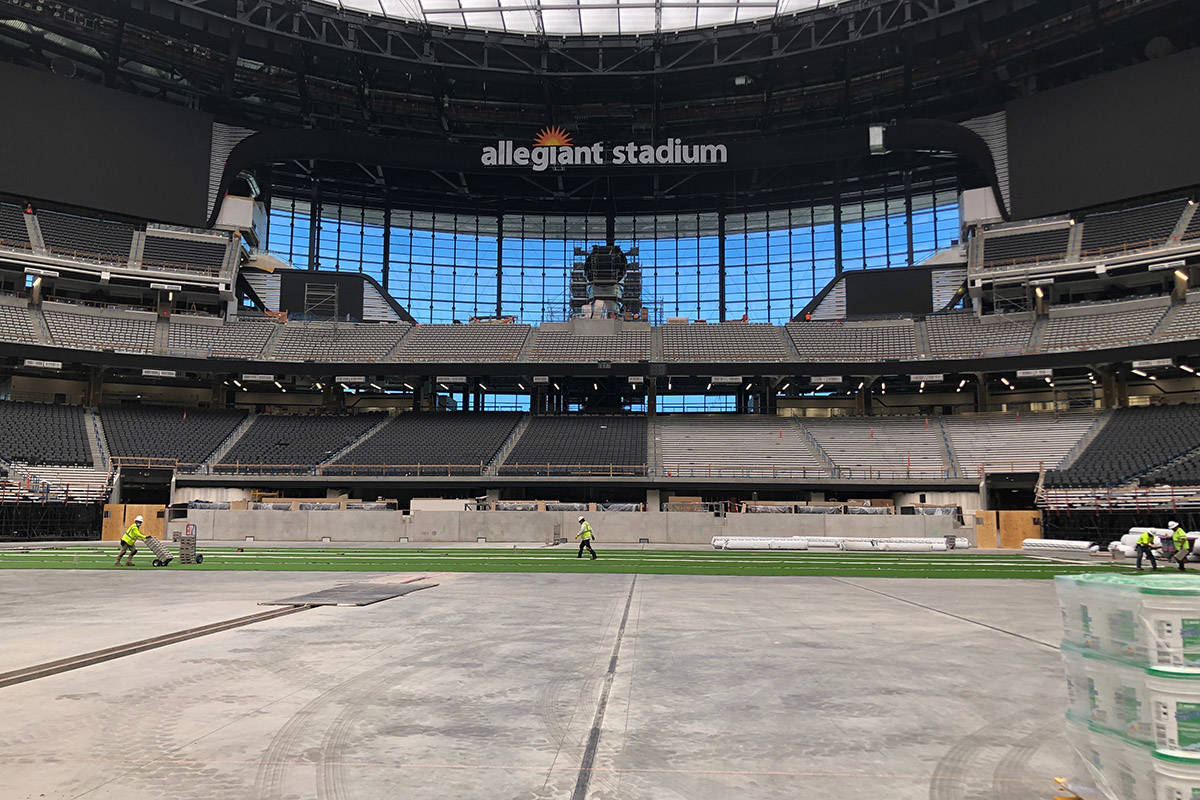 Crews installing the artificial turf that UNLV football will play its home games on in Allegiant Stadium on May 26, 2020. (Courtesy: Raiders) 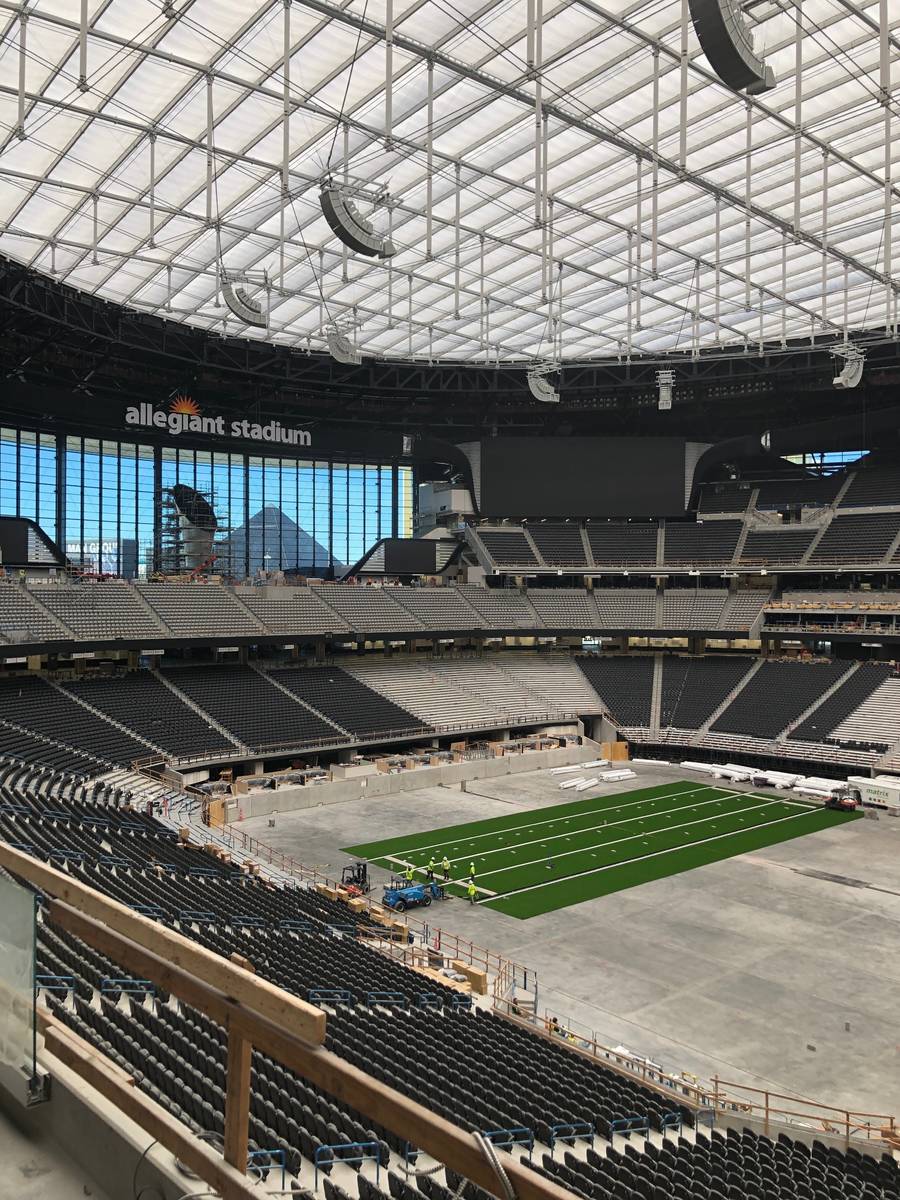 Crews installing the artificial turf that UNLV football will play its home games on in Allegiant Stadium on May 26, 2020. (Courtesy: Raiders)

Two weeks after the Raiders’ natural grass turf was laid out, it’s UNLV football’s turn to get in on the action at Allegiant Stadium.

Crews on Tuesday began installing the artificial turf UNLV will play its home games on inside of the $2 billion, 65,000-seat stadium.

Photos show crews got the installation of the turf underway in the north end of the stadium. The turf is being installed in sections and already has field lines painted on the surface.

UNLV is slated to play six home games at Allegiant Stadium. The Rebels and the Raiders worked out a deal for UNLV’s Oct. 24 game versus Colorado State to be moved to Oct. 23 to have the Sept. 12 game versus Arizona State be played at Allegiant, as opposed to Sam Boyd Stadium.

The Raiders’ natural grass field sits on a field tray outside the facility when not in use for Raiders home games. Crews will move the 4-foot-deep tray that weighs 9,500 tons into the stadium ahead of Raiders games on 13 rails through a 14-feet-by-240 feet opening on the south end of the stadium.

It will take crews about 90 minutes to fully move the tray in or out of the stadium via 76 electric motors moving it along a rail line.