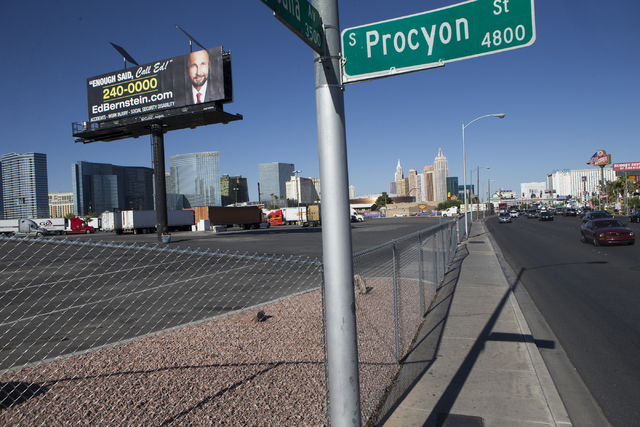 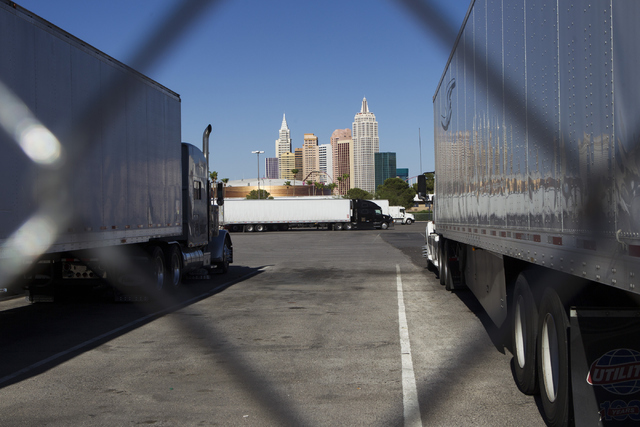 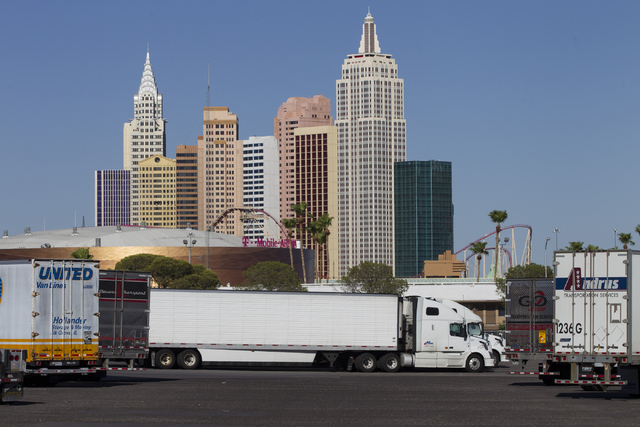 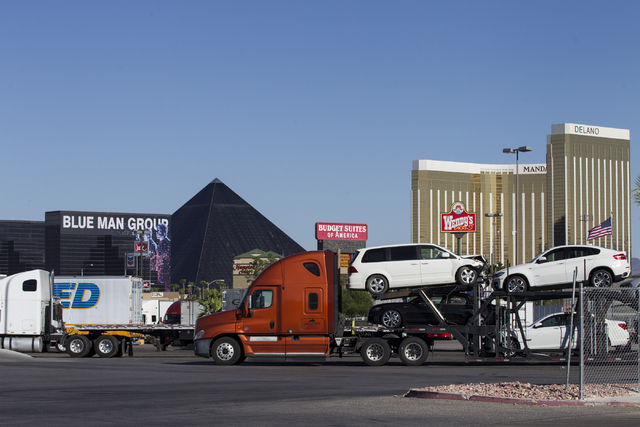 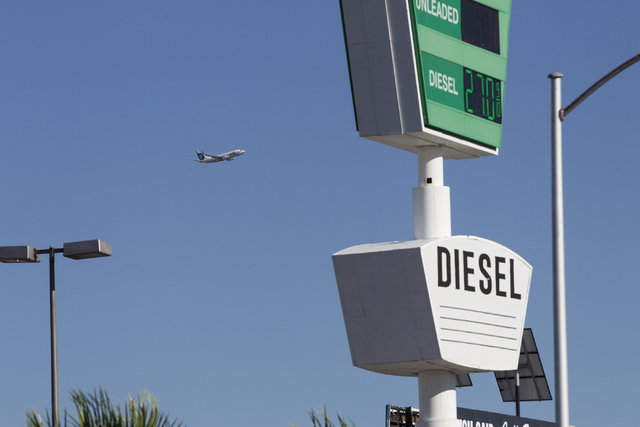 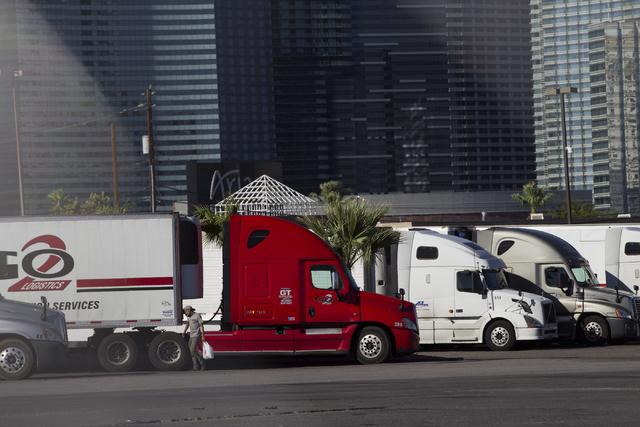 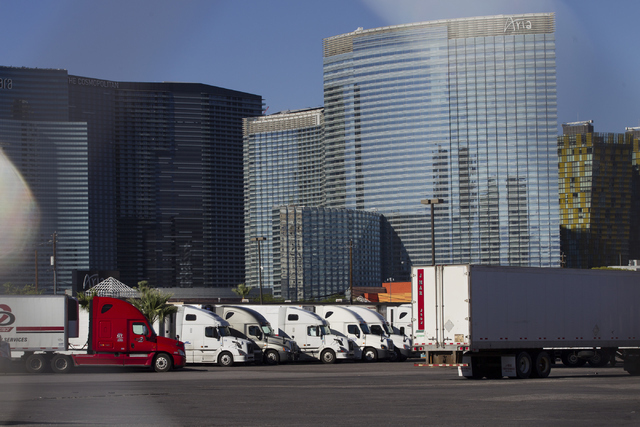 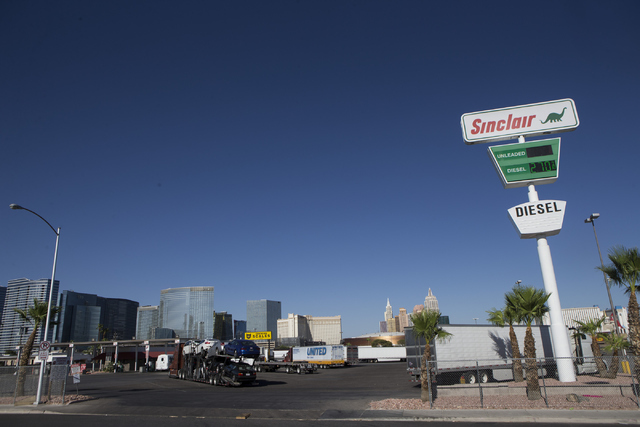 A portion of more than 100 acres on West Tropicana Avenue west of Interstate 15 has emerged as a leading contender as a site for the proposed $1.45 billion, 65,000-seat domed football stadium.

Representatives of Red Rock Resorts Inc. on Thursday confirmed that the Wild Wild West Gambling Hall & Hotel, about a half-mile west of I-15, is in the running as a potential site for the stadium proposed as a public-private partnership by Las Vegas Sands Inc., Majestic Realty and the Oakland Raiders.

“We are always considering alternatives with respect to the potential use and/or development of our 100 acres of property located adjacent to the Strip, which we believe is one of the premier undeveloped sites in Las Vegas,” Richard Haskins, president of Red Rock Resorts Inc., said in a statement issued late Thursday. “As such, we would welcome a discussion with the appropriate parties regarding the possible sale of a portion of that property for purposes of developing a stadium.”

The site joins a list of four locations under consideration after plans to use 42 acres at Tropicana Avenue and Koval Lane hit a setback last week.

Officials close to the situation say the Wild Wild West site is now among the top two contenders, with the other being a location in a parking lot just northwest of the Thomas & Mack Center on the UNLV campus.

Also in the running are the site of the former Riviera, the Rock in Rio festival site at Sahara Avenue and Las Vegas Boulevard and Cashman Center in downtown Las Vegas.

The Wild Wild West is best known as a truck plaza.

Originally developed as the King 8 Hotel, the 260-room property was sold by Starwood Hotels and Resorts Worldwide to Station Casinos in 1998. Over time, Station acquired several adjacent land parcels. Industry analysts speculated that the company was gearing up for a major project. Among the speculated proposals: development of an arena for mixed-martial arts competitions.

When the Great Recession hit, the speculation tamped down and Station signed an agreement in 2009 with Days Inn to brand the hotel. The casino became a part of Station’s western-themed Wildfire brand valleywide.

Since then, Station, now Red Rock Resorts, has held the land, awaiting a development opportunity.

That opportunity could be now, especially after members of the Southern Nevada Tourism Infrastructure Committee acknowledged that the leading stadium contender, the 42-acre site known as Trop 42, hit a big roadblock late last week.

Southwest Airlines, the dominant commercial air carrier serving McCarran International Airport, sent a letter to Southern Nevada Tourism Infrastructure Committee Chairman Steve Hill asking him to reconsider the Trop 42 site because its location at the north end of McCarran’s north-south runways could be a distraction to pilots landing and taking off at the airport.

Southwest and McCarran officials also warned that the Federal Aviation Administration could cut capacity at the airport if the stadium is located at that site.

With the Trop 42 site apparently out of play, Hill said the committee would turn its attention to acreage close to the Thomas & Mack Center.

When UNLV vetted potential stadium sites three years ago, a campus master plan update offered a stadium location just north of Harmon Avenue and northwest of Thomas & Mack. An FAA review scratched that site as a potential aviation hazard, but the secondary site closer to the arena has potential because it’s farther from the runway centerlines. That site hasn’t been reviewed by the FAA.

The UNLV site and the Wild Wild West location are expected to be discussed when the committee meets Monday at UNLV.

Representatives of the developers, Sands, Majestic and the Raiders, had no comment Thursday on the Wild Wild West site proposal.

The Rock in Rio site owned by MGM Resorts International also has been scrutinized, and Bill Hornbuckle, president of MGM Resorts and a member of the committee, issued a statement on the status of those negotiations.

“MGM Resorts has met with the stadium group on two occasions and had what we feel are productive discussions,” Hornbuckle said in the statement.

“Our company is supportive of their efforts and has offered to participate in the partnership by making available a section of our Strip-front property north of Circus Circus. We’ve offered to carry that investment as an equity stake in the stadium at fair market value to be determined at a future date.

“That said, the greatest challenge facing the stadium concept and the committee continues to be the lack of specific detail regarding important, broader aspects of the proposal, including siting and project costs. We respect the SNTIC process and we feel the proposal made by the committee in our last meeting, including what we feel is an appropriate level of public contribution, is both fair and equitable and, if accepted, will allow the process to move forward.”