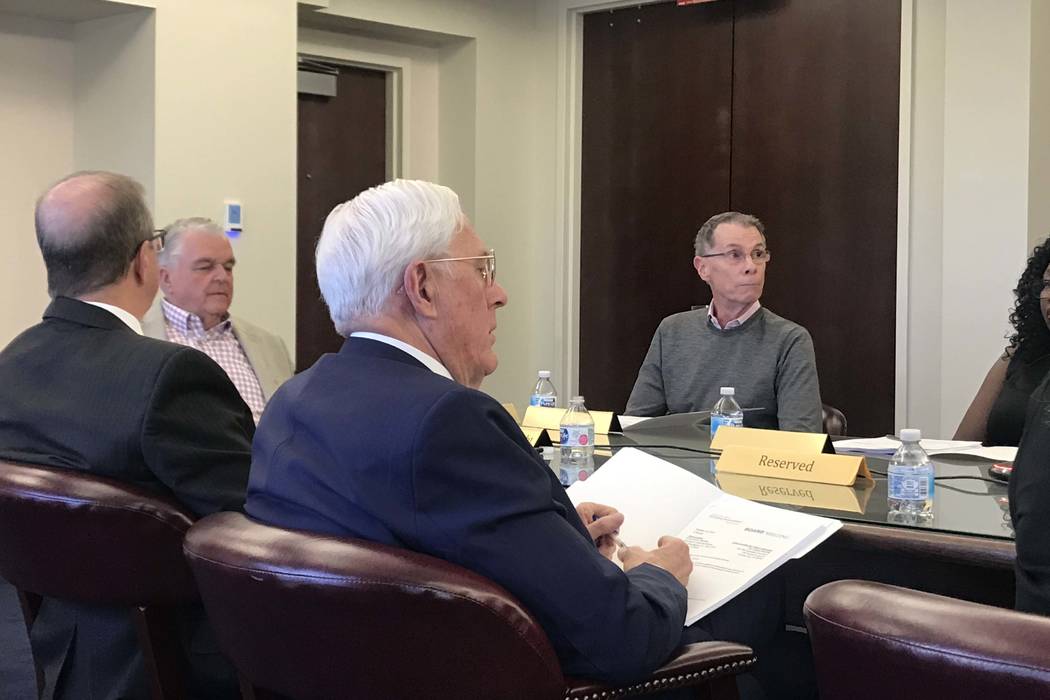 Three applicants have been selected as finalists for executive director of the Governor’s Office of Economic Development.

Michael Brown, former Barrick Mining president; Kristopher Sanchez, GOED interim executive director; and Christine Bekes, executive director of Wyoming-based Powell Economic Partnership, were chosen as the final candidates for the position during a meeting of the GOED board and Gov. Steve Sisolak.

Sisolak is now tasked with deciding who will become the permanent executive director of the office, known for providing state tax incentives and abatements to businesses.

“I want to thank the search committee that worked hard to get this (list),” Sisolak said. “They did a lot of background on these individuals and vetted a lot of people.”

The GOED search subcommittee sifted through more than 2,000 applicants, according to board member and search committee member Dana Bennett, president of the Nevada Mining Association.

Sanchez has worked with GOED since 2012, joining as the Southern Nevada regional director before becoming the director of international trade the next year.