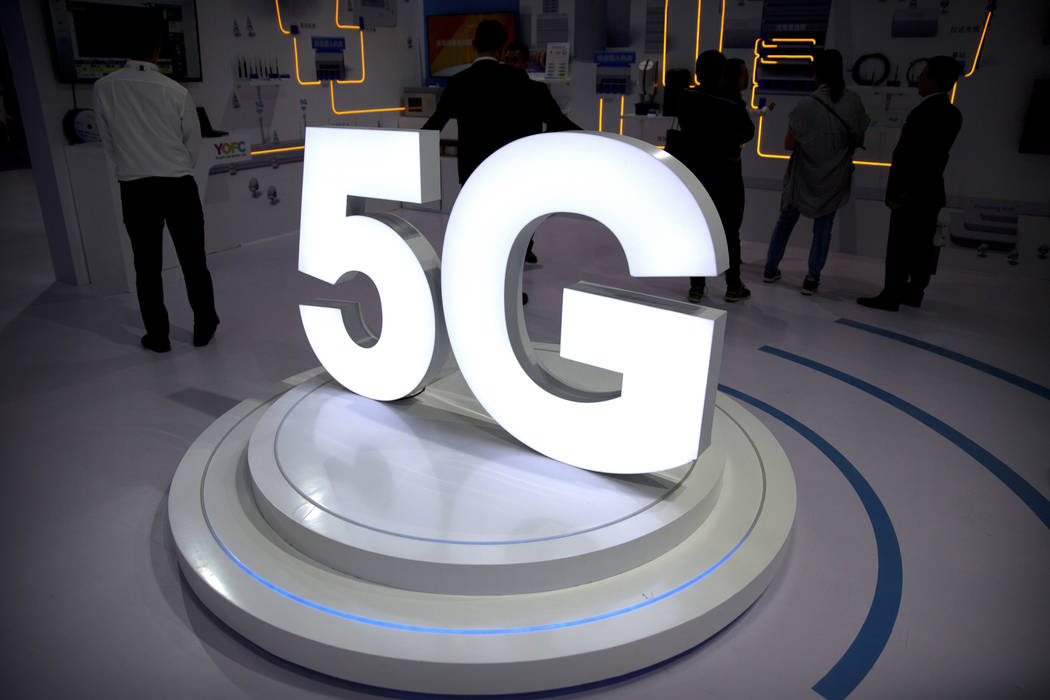 Visitors stand near a 5G logo at a display the PT Expo in Beijing in 2018. (AP Photo/Mark Schiefelbein)

The wireless network will cover more than 200 million people, about 60 percent of the U.S.

“We’re committed to building broad, deep nationwide 5G that people and businesses can access at no extra cost with the New T-Mobile,” CEO John Legere said in a Monday press release. “Today is just the start of that journey.”

The 600 megahertz coverage being offered is a low-band spectrum, with waves that can travel long distances and easily penetrate obstacles such as walls. The service is expected to increase speed 20 percent on average and will work with T-Mobile’s prepaid brand, Metro.

But not every T-Mobile customer will have 5G service start Monday, since most mobile phones aren’t 5G compatible. Apple, for example, isn’t expected to launch a phone equipped to handle the speeds until next year.

The company expects its 5G coverage to improve once its planned megamerger with Sprint goes through. Last week, the Nevada attorney general’s office said it is dropping its legal challenge to the deal in exchange for a series of commitments by the two companies. Conditions include the assurance of 5G coverage for more than 90 percent of the state’s population and low-priced plans.

More carriers are set to offer nationwide 5G coverage in the coming years. AT&T’s nationwide 5G is set to launch next year following an early launch in select markets that include Las Vegas.