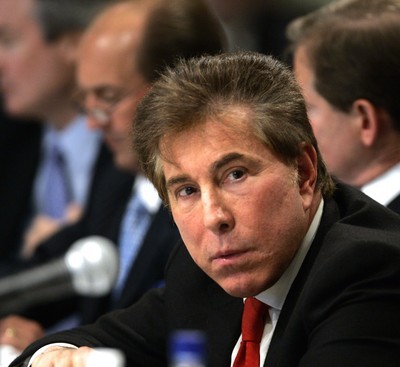 An autumn meeting that opened with casino magnate Steve Wynn sporting novelty vampire teeth ended with distraught dealers in tears, allegations of intimidation and — eventually — a judge ordering Wynn to post signs pledging not to threaten employees for union organizing.

The 37-page statement issued Monday by administrative law judge Burton Litvack was the culmination of a dispute between management and casino dealers at Wynn Las Vegas stemming from changes to the way employees share tips.

It detailed, right down to Wynn’s stab at prop comedy, how a policy Wynn believed would “make (resort employees) more of a family,” instead resulted in shouting matches, low morale among casino workers, allegations of labor law violations and a union drive that culminated in May with dealers voting to join the Transport Workers Union of America.

Despite offering harsh criticism for management at Wynn Las Vegas, Litvack upheld the company’s decision to dismiss casino dealer Cynthia Fields, an employee who accused the company of firing her in retaliation for publicly objecting to the new tip policy. Wynn managers said Fields violated company policy by leaving her post without proper authorization.

“We won the vast majority of the decision,” said Gregory Kamer, a Las Vegas-based labor attorney who represented Wynn Las Vegas in the case.

Kamer played down Litvack’s comments characterizing the demeanor of casino manager William Westbrook as “utterly disingenuous” and “deceitful,” as well as testimony that depicted Wynn as hot-tempered, vindictive and threatening toward dealers who objected to the new tip policy.

“All that stuff is just clutter for the main decision,” Kamer said.

Fields objected to other parts of Litvack’s decision that upheld her dismissal and accused her of, “a distressing proclivity for dissembling,” to back up allegations against the company.

“I was very truthful and forthcoming,” Fields said. “The judge saw it differently.”

Fields said since losing her job at Wynn Las Vegas she has found new work but declined to elaborate.

“It is in the casino industry,” she said. “They treat me very well.”

The bad blood at Wynn Las Vegas dates back to August 2006, when Wynn management revealed it would add casino team leaders to the group of employees who share in the dealers’ tip pool.

The policy change was controversial because dealers said it would reduce their earnings as much as 20 percent. It drew protests in front of Wynn Las Vegas by dealers from other casinos and their families who feared other companies would follow Wynn’s lead.

Wynn executives said the change was justified because some of the approximately 600 dealers at the upscale resort were earning more money than their supervisors, creating an imbalance that made it difficult to recruit team leaders.

A meeting on Oct. 30 between Wynn, other casino executives and about 15 dealers to discuss the policy exacerbated the tension. According to the judge’s statement on Monday, Wynn entered the meeting wearing novelty vampire teeth. The teeth were a gift from a grandchild and meant, “to establish a light mood for the meeting,” Litvack wrote.

Heated exchanges at the meeting contributed to Fields and another dealer, Tynisia Boone, filing a lawsuit against Wynn in Clark Count District Court. The February lawsuit was in addition to Fields’ unfair labor charges with the National Labor Relations Board in late 2006 that led to the ruling released Monday.

In both cases the women allege Wynn lost his temper at the meeting, pointed and shouted at Fields, causing her to cry, and threatened the dealers with their jobs if they went through with a union drive.

The labor complaint also alleged Wynn said, “I am the most powerful man in Nevada,” and “if you guys have a problem with the way I am handling things, you can leave.”

According to Litvack’s statement, Wynn denied threatening to terminate employees for organizing. But Litvack added that Wynn, “exhibited a haughty and insolent attitude while testifying, and, as a result, did not impress me with his demeanor.”

Kamer said that although the judge found mostly in favor of the company, Wynn could appeal the decision in an effort to overturn parts to which he objects.

The next step would be before the National Labor Relations Board in Washington, D.C. If parties object to findings there, they can appeal to federal court, Kamer said.