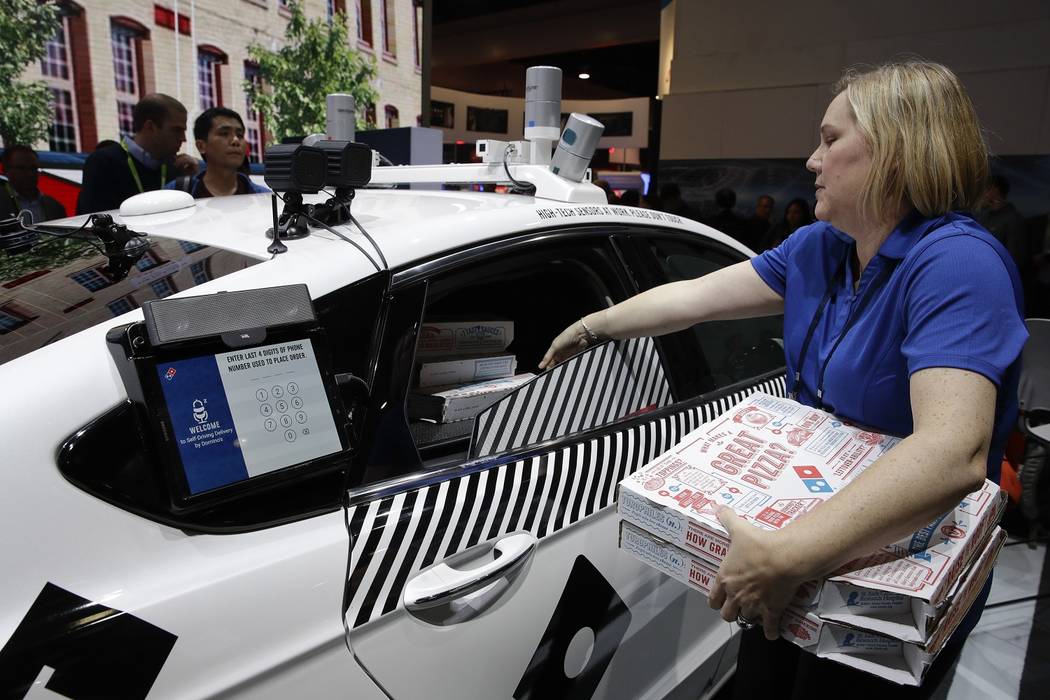 The Dearborn, Michigan-based company also announced a new partnership with Qualcomm and Postmates and called on cities and other car makers to adopt more advanced chips as a greater number of objects become connected to the Internet.

The former furniture company executive made no mention of new car models, miles per gallon or speed parameters, once common in industry speeches.

“For the first time in this century, we have a mobility technology that just wont incrementally improve the old system. It can completely disrupt it,’’ Hackett said. ”We can’t just think of cities like computers where we are programming them to maximize efficiencies. This is what I think has been wrong with the smart city trove.’’

Hackett’s speech was accompanied by a video showing connected cars traveling down city streets lined with benches and trees rather than parking meters.

The auto industry is experiencing is greatest change since it was founded a century ago as technology advancements bring ride sharing as well as electric and fully autonomous cars to roads. For the first time, CES features zones dedicated to smart cities and the role connected cars will play in them. The four-day show will feature roughly 400 exhibitors related to the auto and auto technology industries.

Hackett, one of four Ford executives to present during the keynote, said the company is developing a transportation mobility cloud platform with mapping, routing and payment features that could be used by other auto companies and cities to reduce traffic. The platform is open and uses a universal language allowing developers to build applications and services on top of it. Hackett used his keynote to call on developers to join the Ford open cloud platform.

The concept is similar to Apple allowing developers to use its open platform to create apps for use on its devices.

Ford Executive Vice President Jim Farley also made a major announcement during the keynote, saying the automaker had signed a partnership agreement with Postmates, the delivery service company, to test Ford’s self-driving technology. Ford already has agreements with Dominos and ride-hailing company Lyft.

Farley said Ford is seeking to build up the partnerships to learn what self-driving commercial vehicles of the future heed. Making tweaks to existing autonomous cars ‘’misses the point,’’ Farley said.

“We believe at Ford we need to design a vehicle that is all new, that is just for autonomous usage.’’

Ford’s pavilion at the Las Vegas Convention Center was jammed Tuesday as thousands of people came by to see its autonomous vcar and delivery truck and speak with company officials.