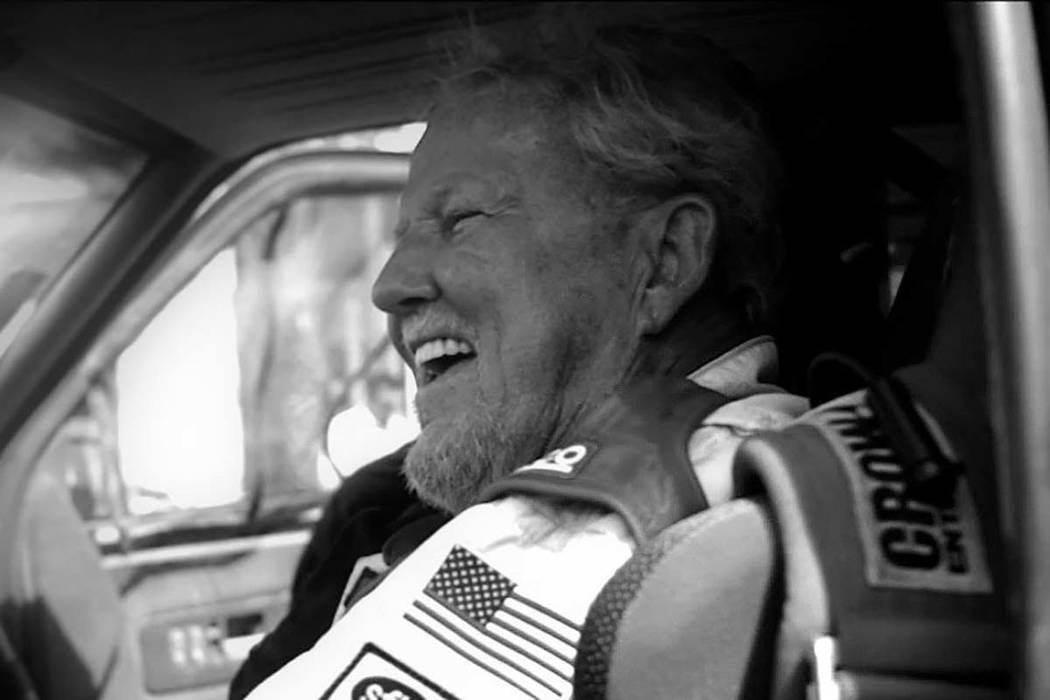 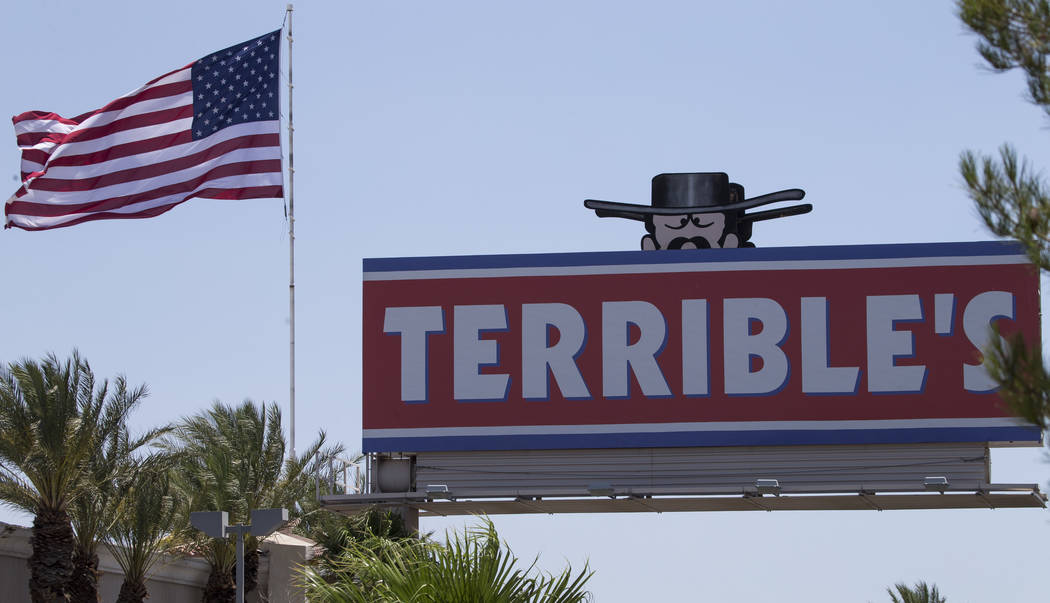 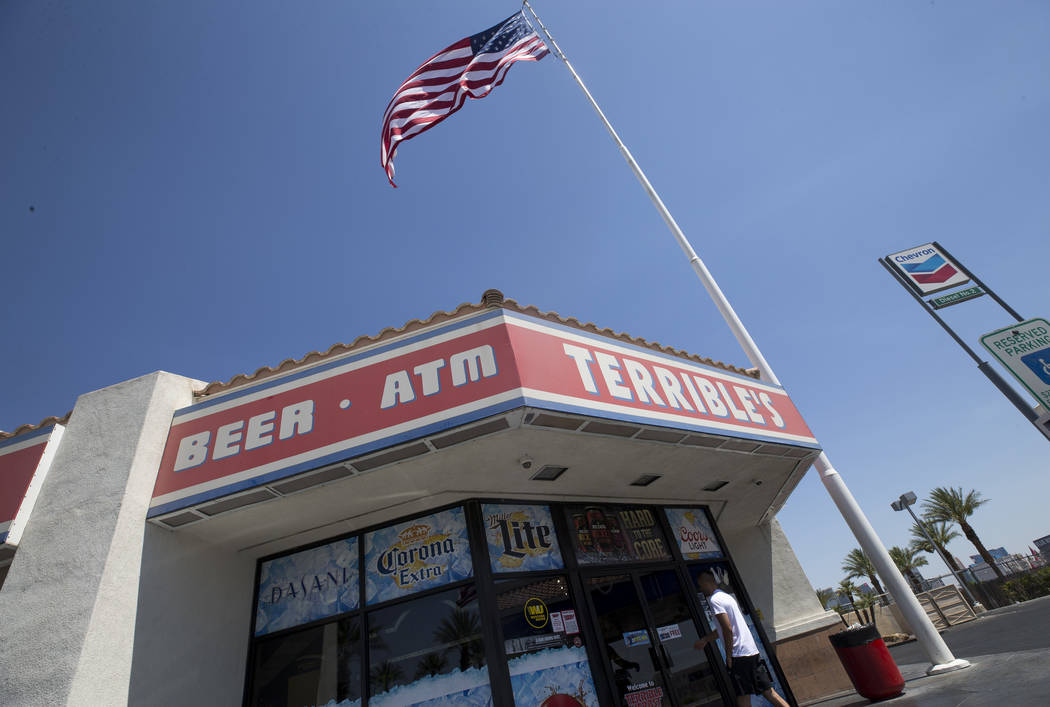 Jerry Herbst, founder and chairman of a series of local gas stations best known for their mustachioed mascot and giant American flags, died Tuesday in his home. He was 80.

The company opened the world’s largest Chevron this summer in Jean. But Herbst the man was more than a gas station magnate, with businesses in gaming and as the patriarch of the so-called “first family of desert racing.”

“He was a man’s man. He had a zest for life,” said John Moran Jr., a Nevada Gaming Commissioner since 2004 and an attorney who said he’s represented Herbst in the past. “A handshake was all you needed with Jerry Herbst.”

From gas to gaming

Herbst founded Terrible Herbst in 1959. The name repurposed an old slight toward Herbst’s father, Ed, who opened Martin Oil in Chicago in 1938.

“Back in Chicago, every time my dad would open a new service station, the competition would say, ‘Here comes that terrible Herbst,’” Jerry Herbst said in 2014.

Since the brand’s arrival, the Terrible name has existed in the Las Vegas Valley atop gas stations, casinos and the family’s motorsports team, with some of those ventures controlled by Jerry Herbst and others by his sons: Ed, Tim and Troy.

The family’s move into gaming started in 1996 with Terrible’s Town in Pahrump. Terrible’s Town brought with it one of the largest collections of 20th century artifacts ever to be mounted on a wall or hung from a ceiling in Southern Nevada, as well as four new chain restaurants, a gas station, convention center, bingo parlor and casino.

“There were so many people lined up for the slot club, all we could do was take information,” then-marketing manager Margaret Haines told the Pahrump Valley Times at the casino’s 10th anniversary party.

“For several months everybody in town became a walking billboard for Terrible’s Town. Everybody had a Terrible’s T-shirt or cap or both,” she added.

Herbst told gaming regulators the idea behind JETT was to reacquire the slot machine route operations at the Terrible Herbst convenience stores.

JETT added to its portfolio the Gold Strike in Jean in 2015. The company’s other properties include Terrible’s casinos in Fernley and Searchlight.

Virginia Valentine, president of the Nevada Resort Association, said in a statement Tuesday that the Terrible Herbst brand has become synonymous with Las Vegas.

“We are saddened to learn of the passing of Jerry Herbst, one of southern Nevada’s most successful businessmen and philanthropists,” Valentine said. “We extend our heartfelt condolences to Mrs. Herbst and the Herbst family.”

“I worked for the family for 17 years, but I’ve known Jerry Herbst since I was probably 5 years old,” Higgins said Tuesday. “He taught me about business, about life and I learned a lot of lessons from him, both in the personal world and in the business world. I owe him more than I could ever express.”

In 2014 the Herbst family was inducted into the Southern Nevada Sports Hall of Fame for the family’s commitment to off-road truck racing.

“I went to our first race with a helmet, sunglasses and a bandana,” Jerry Herbst told the Review-Journal around the time of the Terrible’s Cup series of races he sponsored from 2005 to 2007.

He had worked with off-road sanctioning body SCORE to create races in Henderson and outside Boulder City in the early 2000s.

For his own race, SCORE workers had transformed a seldom-used dirt track at Las Vegas Motor Speedway into a venue for desert racers.

“It’s neat to be able to show the people of Las Vegas what desert racing is all about,” he said at the time. “We’re desert people.”

SCORE CEO Roger Norman said in a statement Tuesday that Herbst was a pioneer of desert racing.

“His impact as a philanthropist, as a businessman and as a sportsman will leave an indelible mark on Southern Nevada and all of desert racing,” Norman said. “But most of all, his lasting legacy will be the eternal mark he has left as a husband, father and grandfather as the family patriarch of the Herbst family.”

Herbst and his wife have been spotted at events for everything from Bishop Gorman High School to juvenile diabetes research. He had served on the board of Sierra Pacific Power, now part of NV Energy.

Herbst, known for his patriotism, had nearly 85 flags as of July 2017 on the front of Herbst gas station locations throughout the Southwest.

“He wanted those flags to be seen,” Terrible Herbst maintenance director Tom Pedro told the Review-Journal. “Not because it was his property, but because he was proud to be an American.”

In 1999, Jerry Herbst’s sons credited him as a role model.

“Our dad taught us everything we know about racing and business,” his eldest son, Ed, told the Review-Journal in 1999. “He’s been there for all of us from the start.”

The company’s flags will be lowered to half-staff at all locations Wednesday. Plans for a memorial service will be announced at a later date.