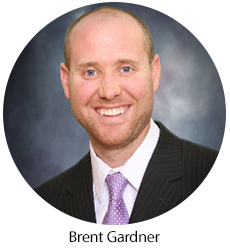 “I am thrilled to join the Fashion Show team, here in the entertainment city of the world,” Gardner said in a statement. “Over the past 10 years, I have continuously seen the retail industry evolve and I am looking forward to bringing the property’s already exceptional retail experience to the next level.”

Gardner has more than a decade of retail experience at various shopping properties throughout the United States. He has held diverse roles with retail brands such as Simon Property Group and Brookfield Properties Retail.

Jon Raby, a veteran BLM land manager and leader, has been named State Director in Nevada. Raby will report to the BLM Nevada State Office in Reno in early January 2019.

Aaron Ford, the state’s top law enforcement officer, formed a task force with the U.S. Attorney’s office in April to crack down on COVID-19-related scams.

The school is following the trend of other collegiate and professional sports teams and is offering Rebels fans the opportunity to purchase cutouts of themselves that will be placed on seats at the stadium.