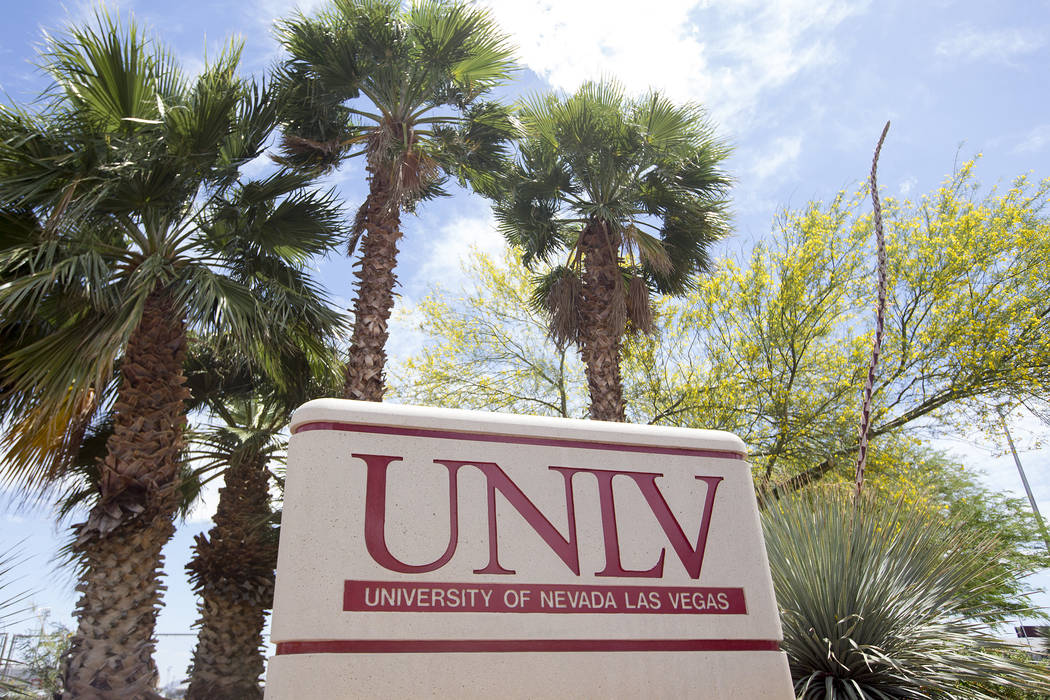 A UNLV sign at the intersection of Harmon Avenue and Swenson Street in 2017 in Las Vegas. (Las Vegas Review-Journal)

UNLV’s Lee Business School announced its new members of the Alumni Board of Directors. The group is comprised of notable business and community leaders, led by incoming President D.J. Allen of Xs & Os of Success.

The new president of the Lee Business School Alumni Board of Directors, Allen was heavily involved with the UNLV men’s basketball program from 2005-2013 and is the former chairman of the Henderson Chamber of Commerce. He is a past recipient of the U.S. Small Business Administration’s “Small Business Person of the Year” for the city of Henderson.

Mary Beth Sewald, president and CEO of the Las Vegas Metro Chamber, was appointed to the US Chamber’s Committee of 100.

The Ladder appears Thursdays online and Sundays in print. Submit announcements and photos to theladder@reviewjournal.com for consideration.