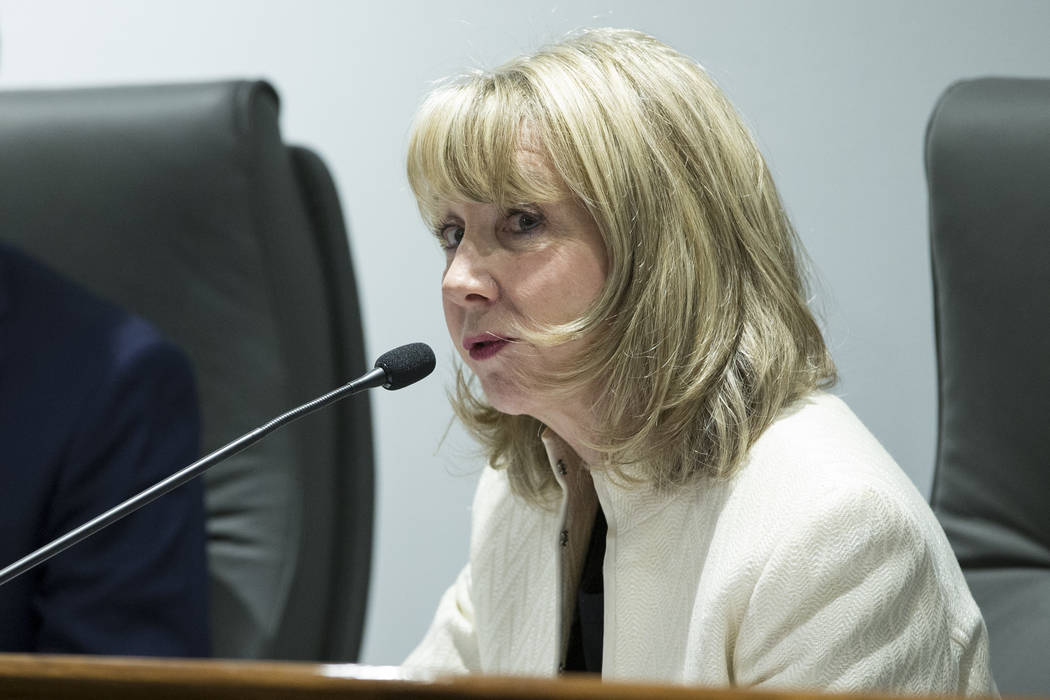 The resignation will be effective at the end of the year, with McMillan working through Dec. 31. The chamber will immediately begin searching for a successor.

McMillan moved her law practice with Lionel Sawyer & Collins to Las Vegas in 1989 and worked at CenturyLink as vice president of external relations. She joined the chamber in 2004 as a member of the board of trustees.

After serving as chairwoman of the chamber’s board of trustees in 2010, McMillan joined the chamber staff when she was named president and CEO of the chamber in 2011. As CEO, she is in charge of day-to-day operations, making sure the organization is meeting all its objectives and executing the strategic visions that the chairmen set.

The chamber lost members during the recession but has been growing since then. It currently has about 4,000 members.

McMillan said the chamber has helped with a number of accomplishments at local and state levels, including the establishment and state funding of the UNLV School of Medicine and passage of funding to renovate and expand the Las Vegas Convention Center and build a National Football League-quality stadium.

Under McMillan, the chamber pushed for enactment of more policies and positions on the federal level that helped local businesses, such as the designation of Tule Springs as a national monument and the designation and initial funding of Interstate 11 between Reno and Phoenix.

McMillan doesn’t know the next step in her career yet, but she plans to pursue opportunities that will split her time between Nevada and Washington, D.C.

“I’m an advocate at heart,” she said, “So hopefully I can take the passion I have in advocacy and take some other role to continue doing work for Nevada.”

Bill Noonan, chairman of the Las Vegas Metro Chamber of Commerce, said in a statement that McMillan will be missed by the chamber.

“Kristin is an outstanding leader and advocate on behalf of business, and can take pride in her many accomplishments and community contributions,” he said. “… While we will miss Kristin, I have every confidence that the team she has built will continue the successful implementation of the chamber’s mission.”