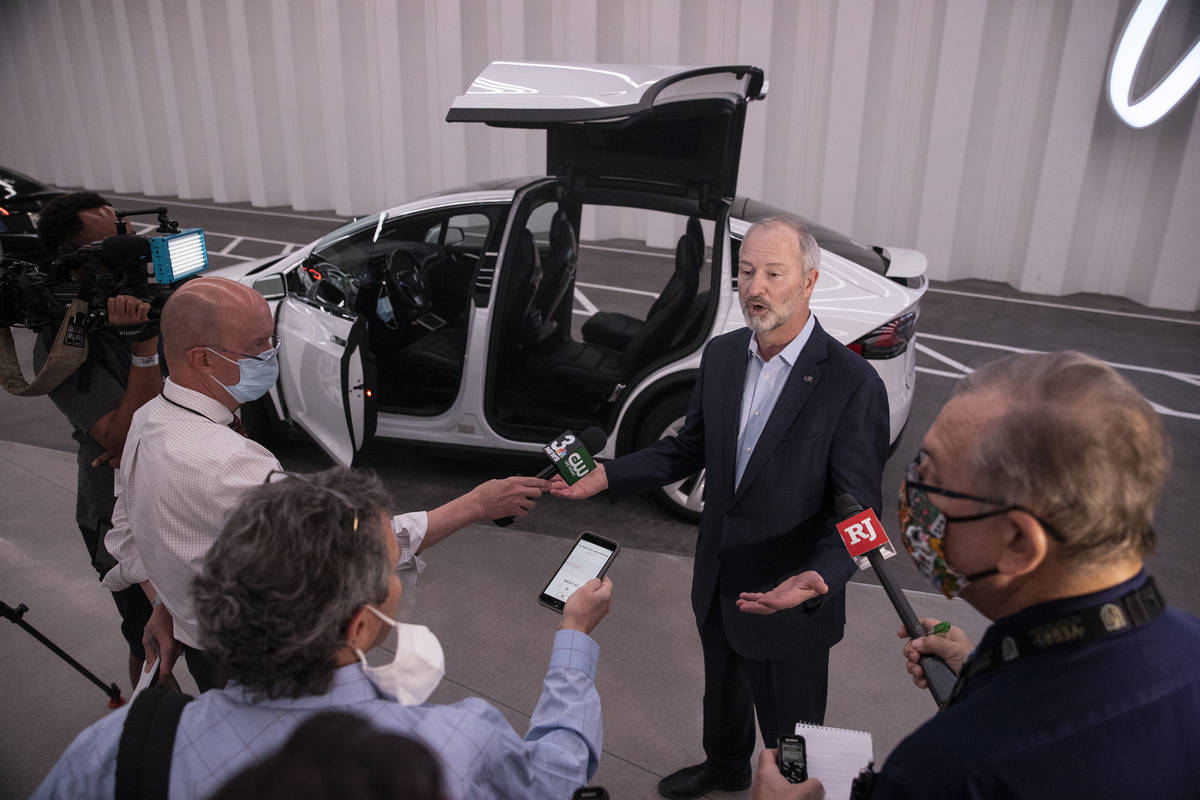 The Las Vegas Convention and Visitors Authority has confirmed that The Boring Co.’s $52.5 million people-mover transit system has passed its capacity tests.

LVCVA President and CEO Steve Hill on May 28 tweeted that capacity tests were successful but waited until Tuesday’s LVCVA board meeting to allow his staff to elaborate on the details of the results.

The test came at a time when social media critics posted YouTube videos saying the Boring Co. failed to deliver what it promised for the system that on Monday began carrying passengers for the World of Concrete trade show.

During the tests, volunteers boarded vehicles, were driven to another station, unloaded, then reloaded in a different vehicle to simulate conditions that would occur during a convention or trade show.

Based on the number of vehicle models, the LVCVA determined that overall, 3.05 passengers per vehicle were carried during the tests.

Finger said tests were conducted in 20-minute intervals and indicated that the system handled 4,431 passengers per hour. Boring had promised in its contract that it would deliver 4,400 passengers an hour.

The results of the capacity tests were monitored by an independent auditor, representatives of BDO LLP. The accounting company affirmed the test results.

The test did not include any commentary on what aspects of the trips were the most difficult for passengers to negotiate.

“The auditors observed 157 unique rides, and there were no negative findings,” Finger told board members.

“There were other things we learned in the test,” he said. “We learned we can put 62 cars in the system without congestion and have reasonable operation. We anticipate the loop capacity can improve over these test results in real-world operations.”

For example, Finger said capacity could be boosted by 33 percent if the vehicles were operated autonomously and an additional passenger rode in the driver’s seat.

The LVCVA has said it would consider autonomous use once the system has steadily carried convention passengers. For now, drivers, paid for by the LVCVA during high-volume shows, are being used.

The successful capacity was good news for Boring as well as the LVCVA.

Under terms of Boring’s contract, the company’s final payment would be made only after a capacity test’s successful completion.

“Our operating agreement provided further penalty if they don’t operate big shows in excess of 90 percent of that same number,” he said.

While most of the LVCVA board has been supportive of the transit system, Las Vegas Mayor Carolyn Goodman has consistently voted against Boring Co. approvals, noting some of the scathing social media comments on the system.

One YouTube video by Daniel Cooper, senior editor of Engadget, a multilingual blog network focused on consumer electronics and gadgets, said he was underwhelmed by the Boring effort.

Cooper said when reporters got their first look at the system, they found two tunnels “barely wide enough for a car with human-driven Tesla Model S’s.”

During a news conference preceding the LVCVA’s opening of the World of Concrete show and the new West Hall, Hill said there’s still some possibility that higher-capacity vehicles would be considered.

“Through the pandemic, we really stopped work on those,” Hill said.

“There’s some possibility that we’ll bring higher-capacity vehicles in. Really, the smaller vehicles have produced the capacity we expected and wanted here at the Convention Center.” 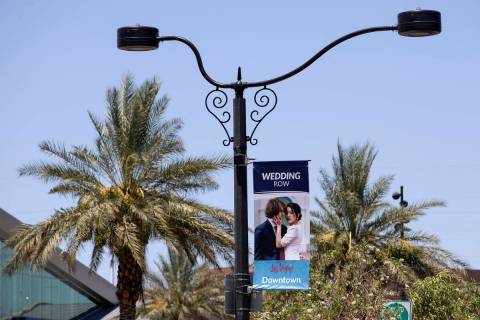