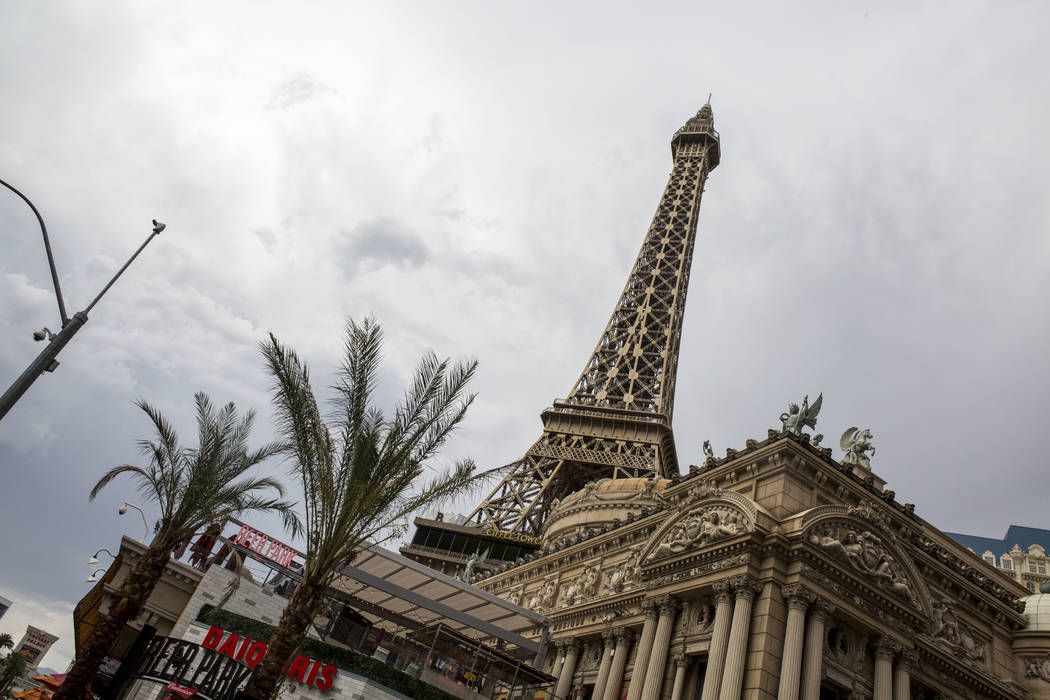 A view of the Eiffel Tower at Paris Las Vegas after a rainstorm on the Las Vegas Strip on Monday, July 17, 2017. (Patrick Connolly/Las Vegas Review-Journal) @PConnPie

Caesars Entertainment Corp. this week become the first Strip operator to allow tourists from the world’s most populous country to pay for goods and services using one of their nation’s leading mobile payment apps.

WeChat Pay launched across the U.S. earlier this year.

“We want to do this for our Chinese customers to make them feel at home,” said Bruce Bommarito, corporate vice president of international marketing for Caesars Entertainment. “We have been working hard on the Chinese market for some time.”

Caesars is the only one among the city’s top four casino operators to not have a presence on Macau, China’s gambling mecca, forcing it to be more active with its Asian marketing strategy.

Caesars plans to expand the Chinese digital payment service to dozens of more point of sale locations in its Las Vegas properties before the end of the year, Bommarito said.

WeChat Pay enables people to buy items by having a barcode or QR code on their smart phone scanned by a cashier. Purchases made in Las Vegas will settle in U.S. dollars and be subject to a transaction fee.

Caesars last year began to allow Chinese nationals the option of booking rooms at its U.S. properties directly via WeChat. Bommarito did not disclose how many Chinese tourists have used the platform to do so.

“All this stuff helps, particularly with brand awareness with the Chinese community. That said, I don’t think it materially moves the needle in terms of incremental revenue, at least not right away,” said John Decree, an analyst at Union Gaming.

Chinese tourists have been coming to Las Vegas in increasing numbers in recent years as their nation’s torrent economic growth propels tens of millions into the middle class, opening the financial gates to international travel for the first time.

Nearly 207,000 Chinese tourists came to Las Vegas in 2015, an increase of 9.6 percent compared with the year earlier period. That pushed Hainan Airlines to open the first direct flight from Beijing, the Chinese capital, to Las Vegas in December.