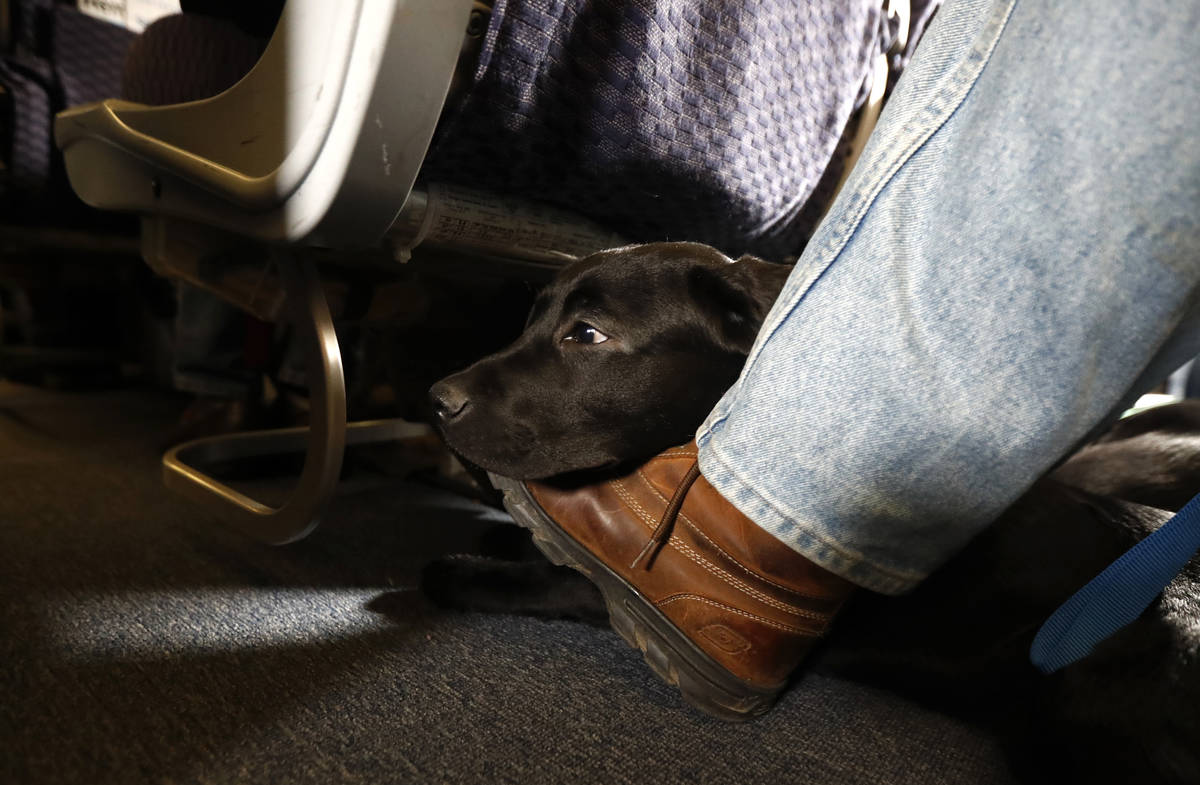 FILE - In this April 1, 2017, file photo, a service dog named Orlando rests on the foot of its trainer, John Reddan, while sitting inside a United Airlines plane at Newark Liberty International Airport during a training exercise in Newark, N.J. The Transportation Department issued a final rule Wednesday, Dec. 2, 2020, covering service animals. The rule says only dogs can qualify, and they have to be specially trained to help a person with disabilities. For years, some travelers have been bringing untrained dogs and all kinds of other animals on board by claiming they need the animal for emotional support.(AP Photo/Julio Cortez, File) 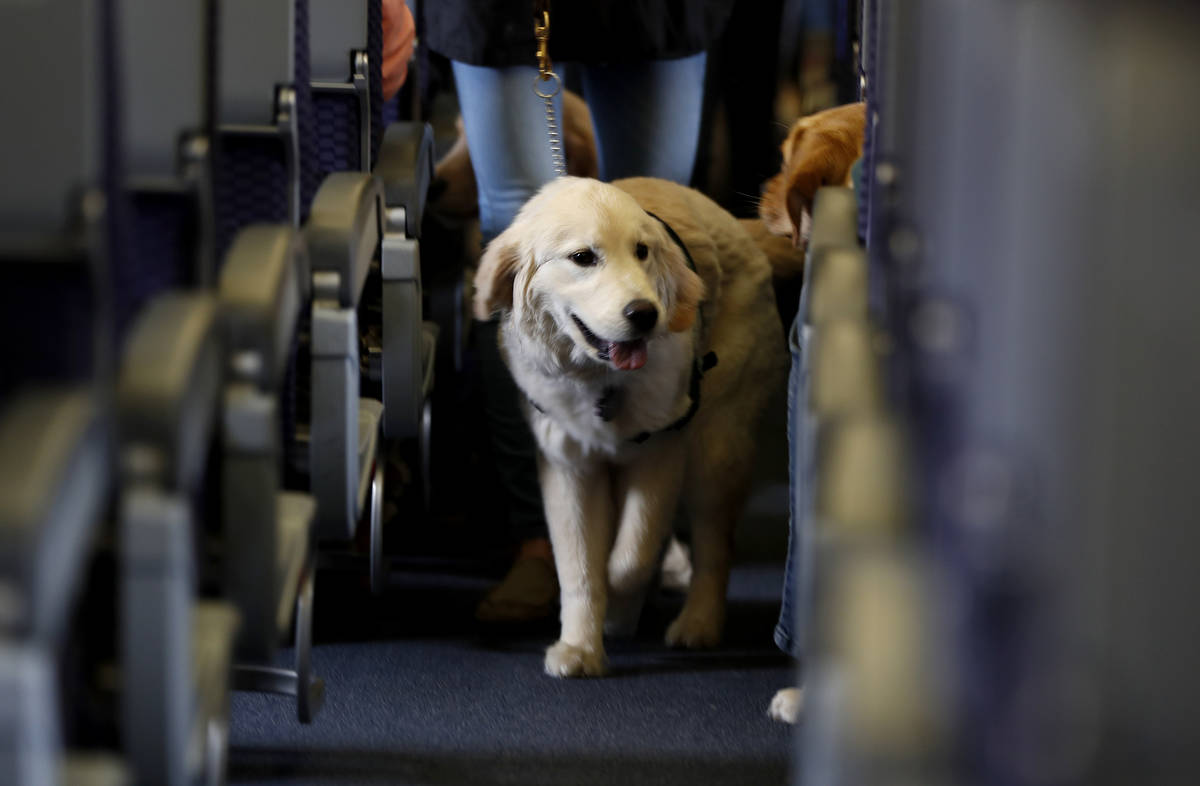 FILE - In this April 1, 2017 file photo, a service dog strolls through the isle inside a United Airlines plane at Newark Liberty International Airport while taking part in a training exercise in Newark, N.J. The Transportation Department issued a final rule Wednesday, Dec. 2, 2020, covering service animals. The rule says only dogs can qualify, and they have to be specially trained to help a person with disabilities. For years, some travelers have been bringing untrained dogs and all kinds of other animals on board by claiming they need the animal for emotional support. (AP Photo/Julio Cortez, File)

The days of pets flying with their owners in airplane cabins for free are coming to an end.

The Transportation Department issued a final rule Wednesday covering animals on airlines. It decided that only dogs can fly as service animals, and companions that passengers use for emotional support don’t count.

The rule aims to settle years of tension between airlines and passengers who bring their pets on board for free by saying they need them for emotional help. Under a longstanding department policy, all the passengers needed was a note from a health professional.

Airlines argued that passengers abused the situation to bring a menagerie of animals on board including cats, turtles, pot-bellied pigs and, in one case, a peacock.

The agency said Wednesday that it was rewriting the rules partly because passengers carrying unusual animals on board “eroded the public trust in legitimate service animals.” It also cited the increasing frequency of people “fraudulently representing their pets as service animals,” and a rise in misbehavior by emotional-support animals, ranging from peeing on the carpet to biting other passengers.

The Transportation Department proposed the new rule back in January and received more than 15,000 comments. While 3,000 commenters favored dropping protections for support animals, 6,000 spoke in favor of them, including people suffering from depression, anxiety, and post-traumatic stress disorder, the department said.

The Paralyzed Veterans of America said the mere presence of a dog, cat or rabbit — even if untrained — can help some travelers, and pet fees of up to $175 one-way are a hardship on low-income people.

The new rule will force passengers with support animals to check them into the cargo hold — and pay a pet fee — or leave them at home. The agency estimated that airlines will gain up to $59.6 million a year in pet fees.

The number of animals on planes took off several years ago, and a cottage industry grew around providing papers, doctor’s notes and even dog vests for support animals.

Under the final rule, which takes effect in 30 days, a service animal is a dog trained to help a person with a physical or psychiatric disability. Advocates for veterans and others had pushed for inclusion of psychiatric service dogs.

Airlines will be able to require owners to vouch for the dog’s health, behavior and training. Airlines can require people with a service dog to turn in paperwork up to 48 hours before a flight, but they can’t bar those travelers from checking in online like other passengers.

Airlines can require that service dogs to be leashed at all times, and they can bar dogs that show aggressive behavior. There have been incidents of support animals biting passengers and growling or barking at guide dogs for the blind.

Airlines for America, a trade group for the biggest U.S. carriers, said the new rule will protect passengers and airline employees while helping people travel with trained service dogs.

The Transportation Department stood by an earlier decision to prohibit airlines from banning entire dog breeds as service animals. That is a setback for Delta Air Lines, which banned “pit bull type dogs” in 2018, a move that was criticized by disability advocates.

Delta, however, is giving no indication of backing down. In a statement, a Delta spokeswoman said the airline is reviewing the new rule but, “At this time, there are no changes to Delta’s current service and support animal policies.” 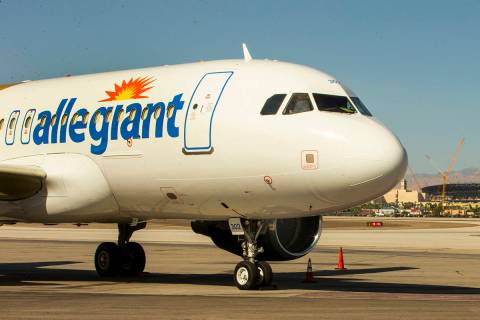 Travelers will have a new nonstop route this summer to fly between Las Vegas and Wyoming. 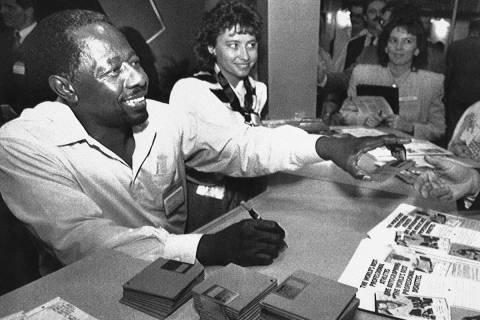 Sheldon Adelson, who died Monday at age 87, seized an opportunity in the late 1970s to capitalize on the then-fledgling personal computer industry. 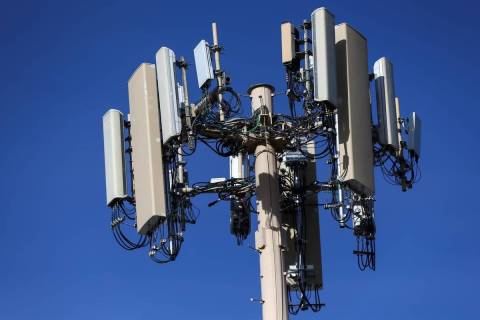