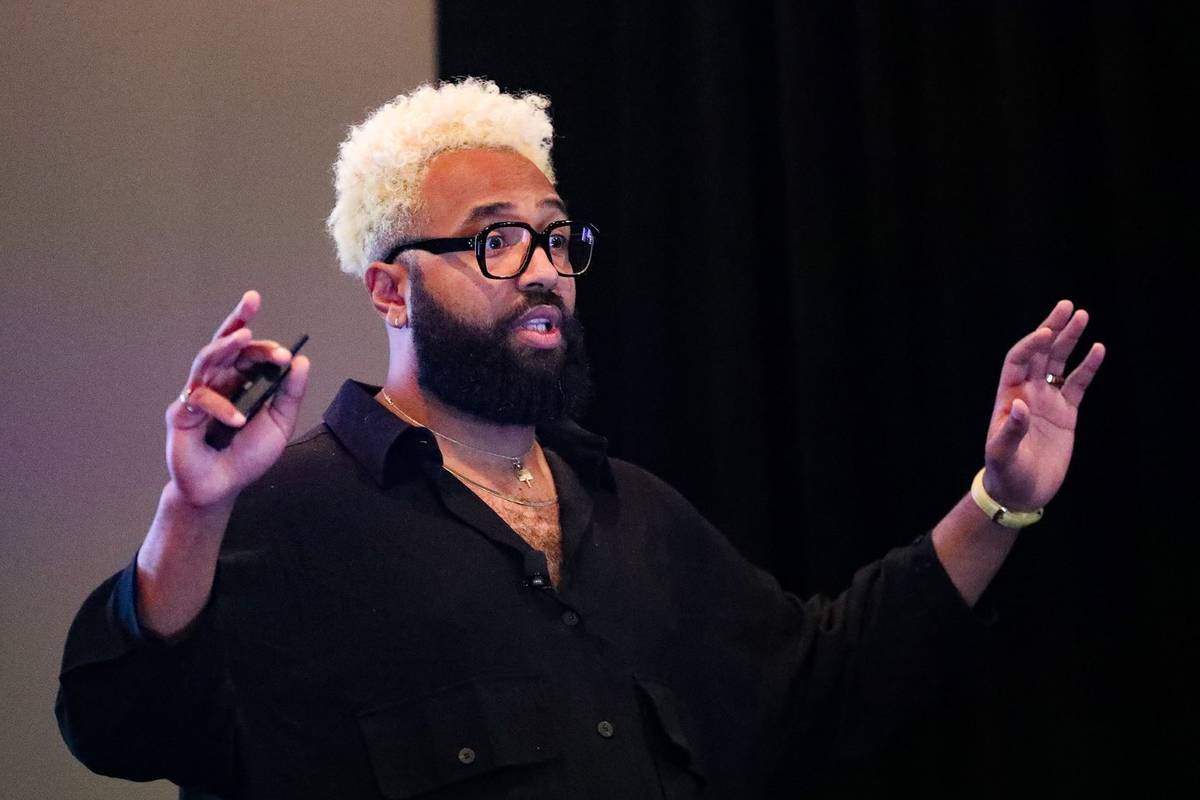 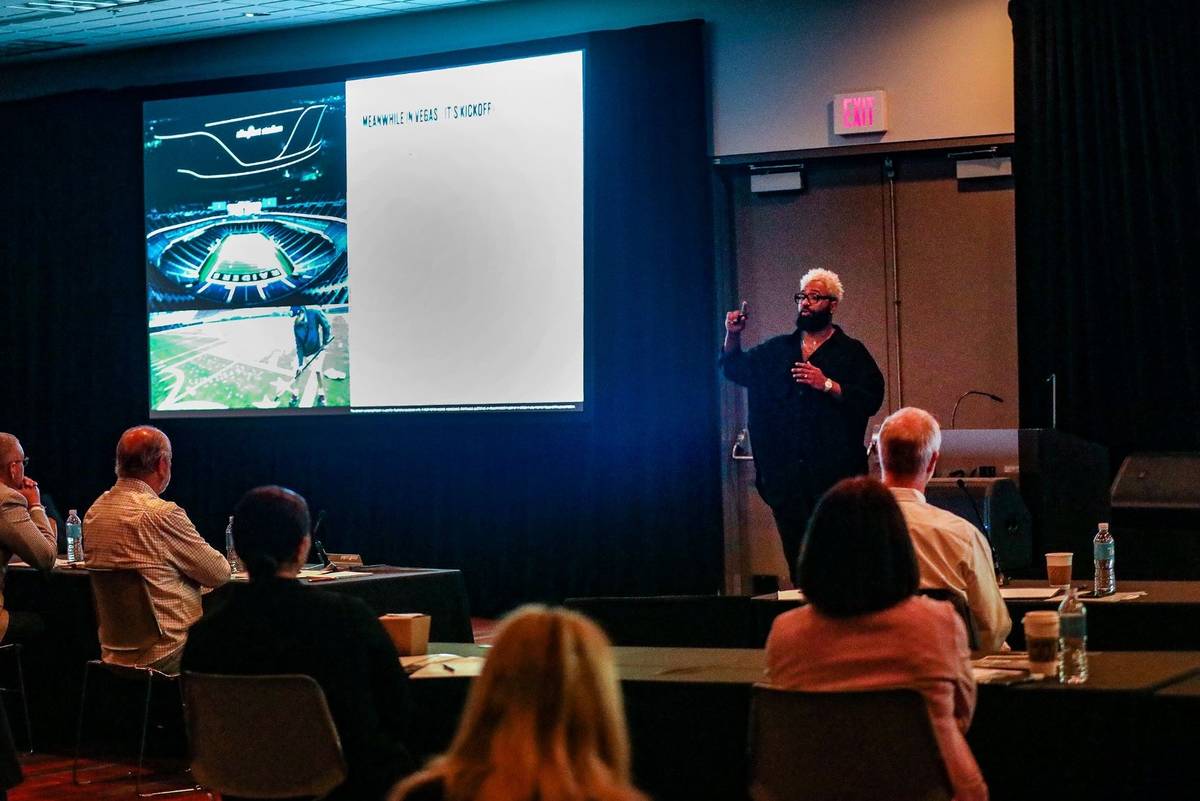 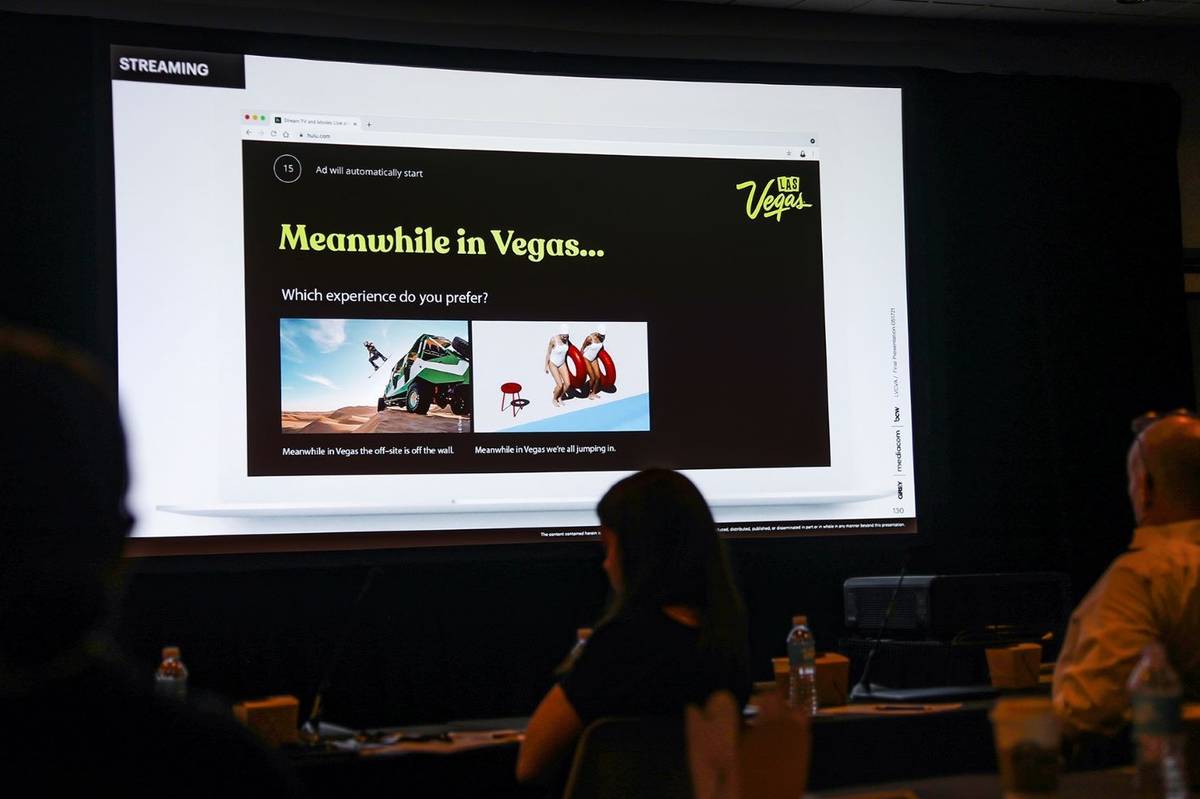 Four high-powered advertising agencies on Monday pitched how they would promote Las Vegas to a seven-member marketing committee that’s expected to recommend which one should be the Las Vegas Convention and Visitors Authority’s advertising agency of record.

A decision on what agency or combination of agencies would best serve Las Vegas won’t be made until June or July.

Worth hundreds of millions of dollars over the life of the contract, the LVCVA’s advertising agency of record agreement is one of the most coveted government contracts in Southern Nevada.

Las Vegas-based R&R Partners — one of the four finalists making presentations to the marketing committee on Monday — has held the contract for decades and is the current agency of record.

New York-based Havas Creative, the agency behind the Dos Equis “Most Interesting Man in the World” campaign. A subsidiary of a French advertising agency, it is one of the largest integrated marketing communications agencies in the world, made up of 316 offices in 75 countries.

Austin, Texas-based GSD&M, which developed Texas’ “It’s a Whole Other Country” and “Don’t Mess with Texas” and Southwest Airlines’ “Wanna Get Away?” campaigns. It also has worked with Capital One, Dodge, Jeep and Hilton.

It’s unclear when the LVCVA board of directors will make a final decision on the contract. The board next meets June 8, but LVCVA President and CEO Steve Hill said late Monday that the decision may not occur until July. The board is scheduled to meet July 13.

If that situation occurs, the existing contract with R&R will need to be extended because it expires June 30. The contract already was extended once last year because the board didn’t want to change agencies in the midst of the COVID-19 pandemic.

Hill told committee members not to discuss their opinions among themselves, a potential violation of the state’s Open Meeting Law. He said committee members would consult individually with the LVCVA staff with opinions on what agency would be best for the city.

In the four ad agency presentations to the committee, each lasting an hour and 45 minutes, the three out-of-state contenders each pitched two ad campaign ideas.

For Grey, one tagline was “Vegas Loves You” with use of the color green on “Loves” and, in some uses, with a green heart and art elements reminiscent of the famed “I Love NY” campaign. Grey’s executives showed how the campaign could be launched in multiple examples with targeted themes, such as “I Love You, World of Concrete” and “I Love You, Alex Leatherwood” — the Raiders’ No. 1 draft choice.

Another tagline offered by the Grey team was “Meanwhile in Vegas …” a campaign designed to show that no matter what was happening in the world, there was always joy occurring in Las Vegas.

GSD&M also promoted the use of Vegas as a verb with its “Watch Me Vegas” theme.

Company executives said the theme works because numerous ways visitors enjoy Las Vegas can be illustrated with the “Watch Me Vegas” theme.

A second campaign designed by the Texas agency was titled “You Can’t Kinda Vegas,” showing visitors going all in on their fun times in the city.

Both campaigns exploit the use of social media to generate additional attention.

R&R executives reminded the committee that it has been with the LVCVA through the rough times of the Sept. 11 attack, the Great Recession and the Oct. 1, 2017, mass shooting, sometimes working pro bono to make sure the city delivered the right message to the public at the right time.

R&R also exploited its knowledge of the market with an emphasis on sports entertainment that executives believe will be the next big generator of visitation in the years ahead, thanks to the presence of the Raiders and other special sporting events.