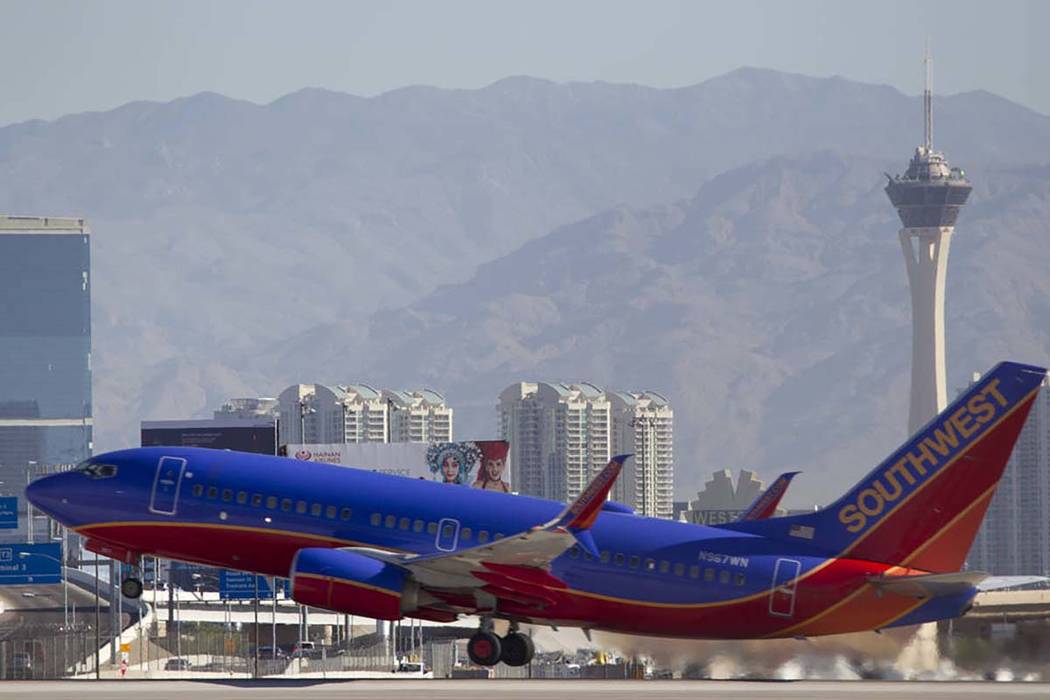 Heavy rains caused by the remnants of Hurricane Harvey prompted the cancellation Monday of more than a dozen flights between Las Vegas and two Houston-area airports.

United Airlines canceled two flights that were scheduled to arrive in Las Vegas from George Bush Intercontinental Airport, along with one departure to Houston, according to the McCarran website.

Spirit Airlines canceled two arrivals and two departures between Las Vegas and George Bush Intercontinental Airport on Monday. The carrier already has canceled two flights scheduled to arrive in Las Vegas from Houston on Tuesday, along with two departing flights.

Airport officials did not have an account of canceled flights from the weekend.