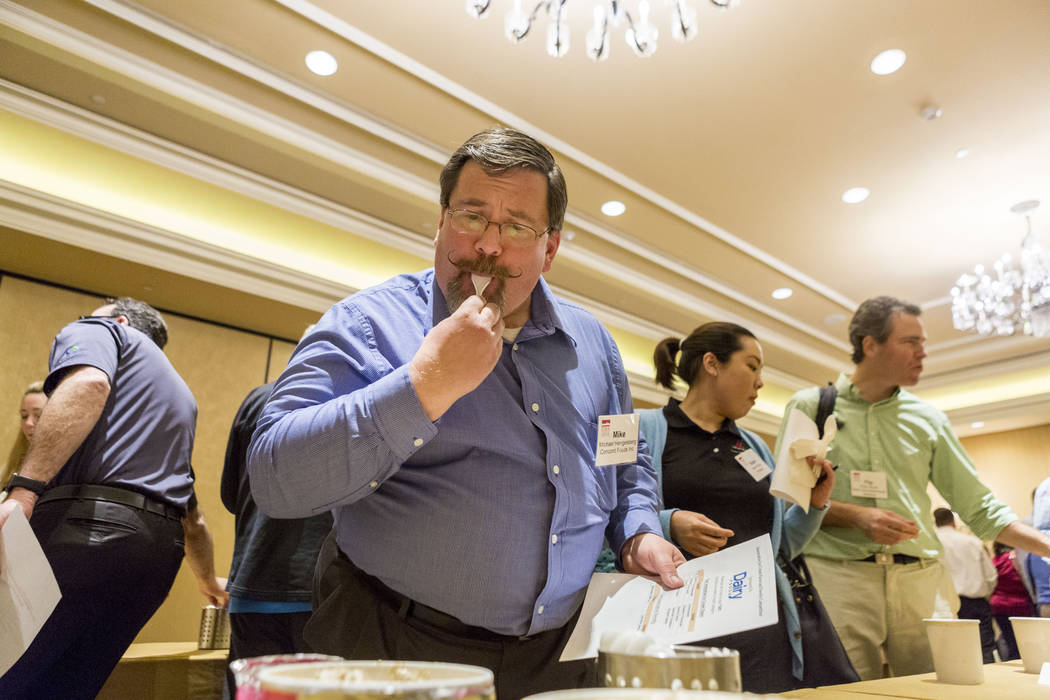 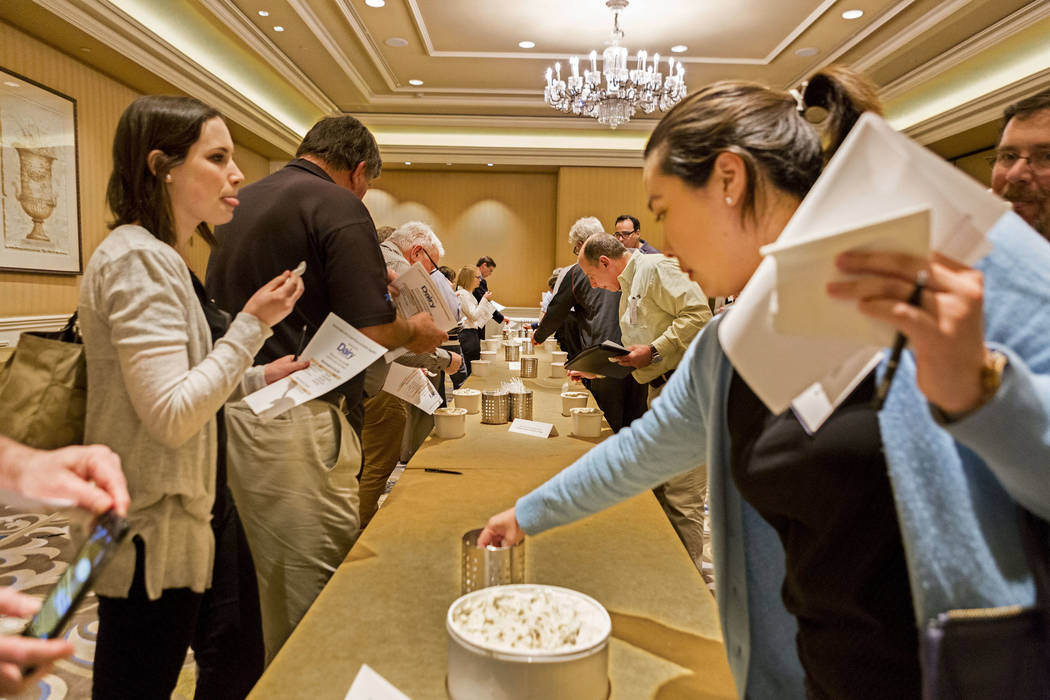 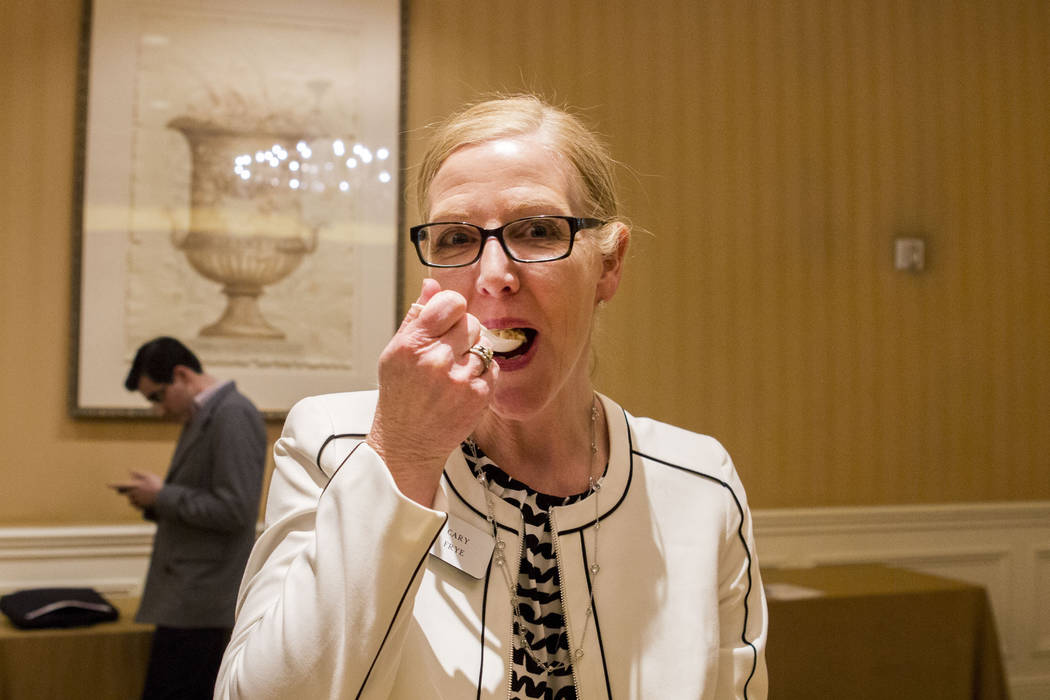 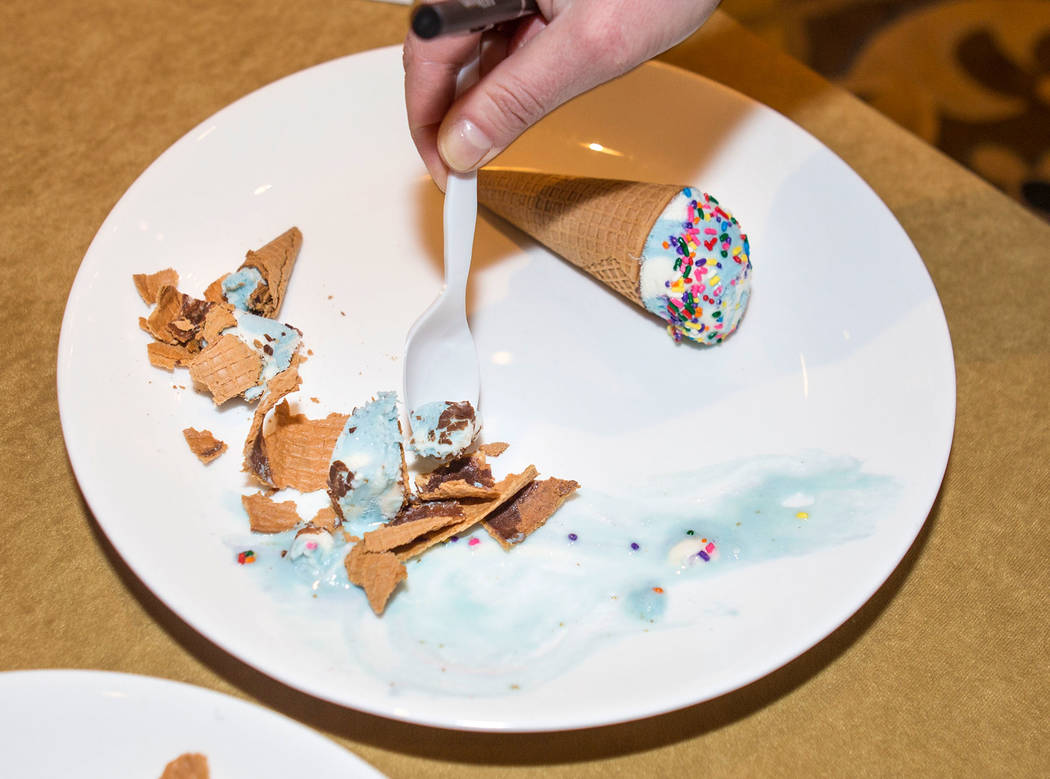 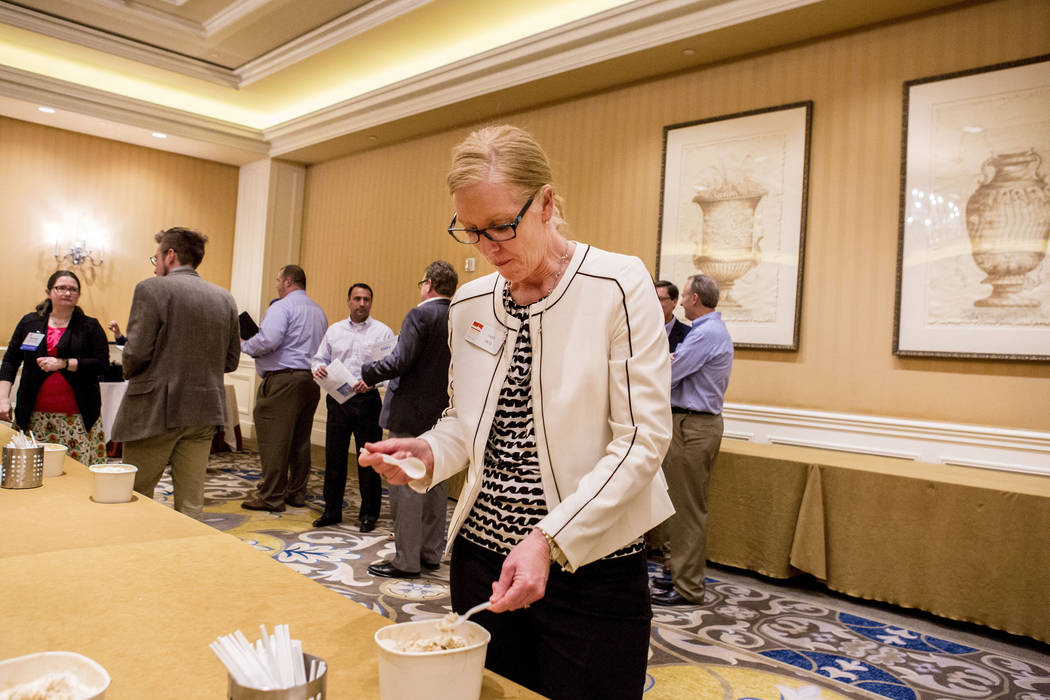 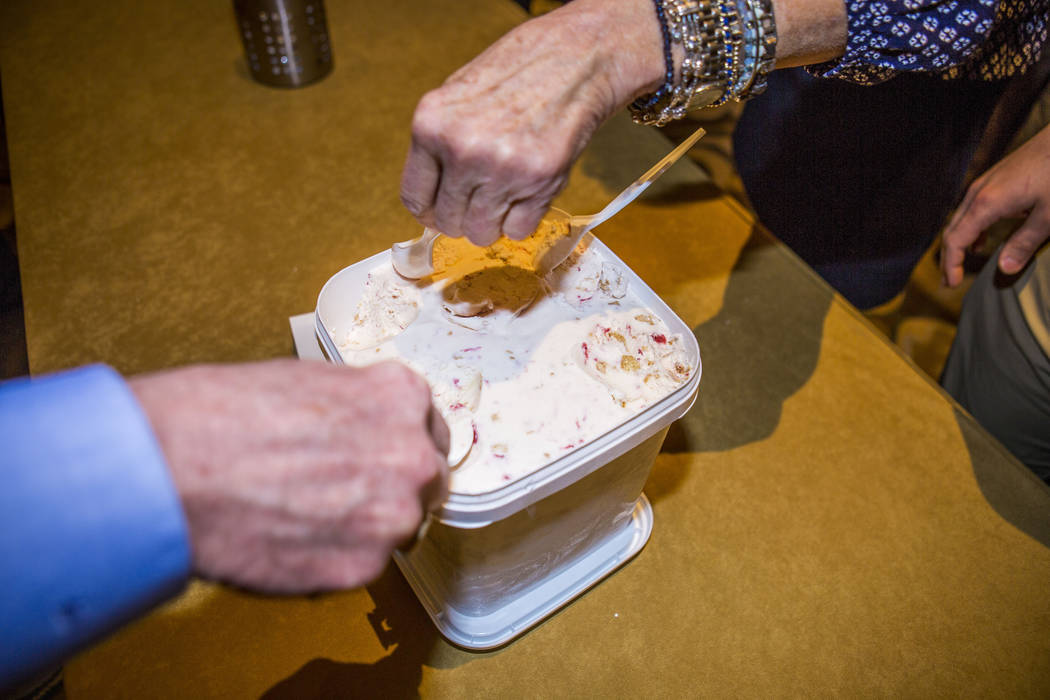 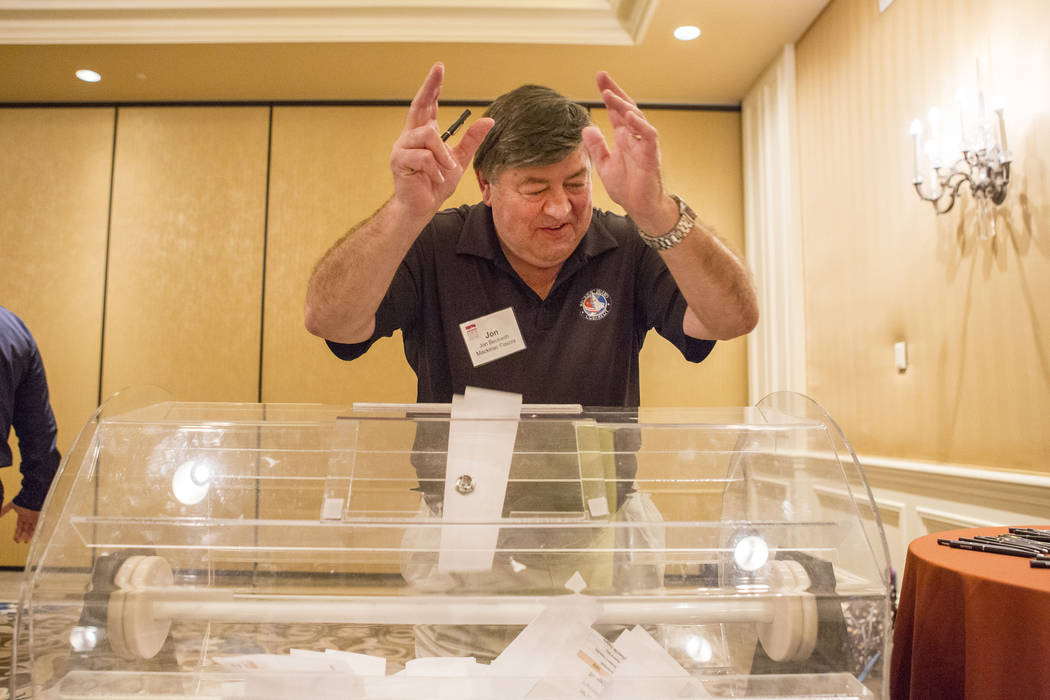 As doors of the hotel conference room opened Tuesday, more than a hundred ice cream industry professionals poured in, grabbing spoons as they lined up to taste the latest innovations starting to melt in pint-size containers.

Over the course of about 30 minutes, the attendees of the 35th annual Ice Cream Technology Conference made their way around three tables holding more than 20 containers of ice cream. The attendees paused as they tasted the flavors, sometimes nodding their heads in a sign of approval.

Among this year’s eight finalists in the annual Innovative Ice Cream Flavor and Novelty Competition were such names as Snickerdoodle, Windmill Cookie Butter and Colossal Cookie Crunch. The cookie prevalence this year replaced the alcohol-based flavors such as gin and tonic that dominated last year’s competition.

The Ice Cream Technology Conference, which concludes Wednesday at the Hilton Lake Las Vegas Resort & Spa in Henderson, gathered companies representing about 75 percent of the $7.8 billion American industry to discuss the latest trends and regulations as well as to vote on their favorite new ice cream flavors. Participating companies ranged from multinationals like Dunkin’ Brands Inc., which owns the Baskin-Robbins chain, to long-running family-owned businesses such as Graeter’s Manufacturing Co. and startups like Chocolate Shoppe Ice Cream Co.

The show is closed to the public.

Greater regulatory oversight has been the biggest driver of change on the production side, said Bob Graeter, whose family business has been making ice cream for about 140 years.

”If you go back 10 or 15 years ago, ice cream was looked upon as low-risk food, but that is not the case anymore,” Graeter said. ”We spend a tremendous amount of money on food safety in our operation. We don’t want to be the one in the news with a problem.”

In addition to regulation, participants say consumer demand continues to evolve as well with artisan ice cream, simple ingredients and flavors with “stories” growing in popularity.

Ice cream isn’t falling out of favor, rather more people are choosing smaller, more expensive options, said Cary Frye, the event’s organizer for the past 20 years.

“There is an increase in demand for novelty products,” said Frye, who is also vice president of International Dairy Foods Association. “You might be eating just a 3-ounce high-end ice cream bar rather than two scoops. Producers understand this and are no longer just aiming for volume.”

Graeter agreed, saying the craft market is where the industry growth is right now.

Like many other food industries, ice cream is being impacted by consumer preference for more natural and organic ingredients that can be easily recognized. Dunkin’ Brands, for example, recently announced it would stop using artificial flavors that go by names like Red #40 and Blue #1.

But even with recognizable ingredients packed inside a high-end novelty bar, ice cream makers need to have a clear story to sell their new creations, participants said.

“Snickerdoodle Cookie may be not the most exciting flavor, but telling them that we were inspired by our Snickerdoodle cookie and we wanted to make it the best-tasting Snickerdoodle ice cream they ever had is a really important thing to consumers right now,” said Benjamin Stanley, innovation R&D manager for Dunkin’ Brands.

Stanley had come to the conference to see the makers of ingredients and find the latest trends.

The Ice Cream Technology Conference started 35 years ago as a gathering of a few dozen ice cream makers to discuss industry challenges in a group setting.