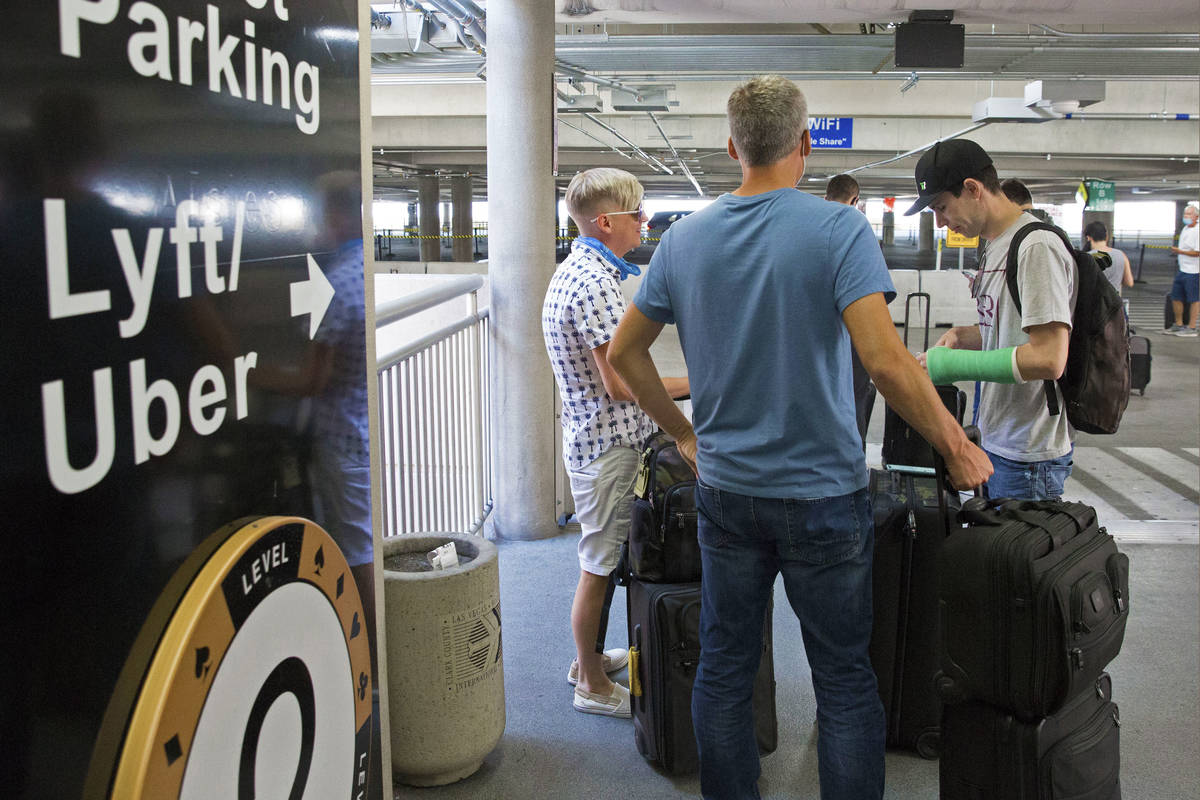 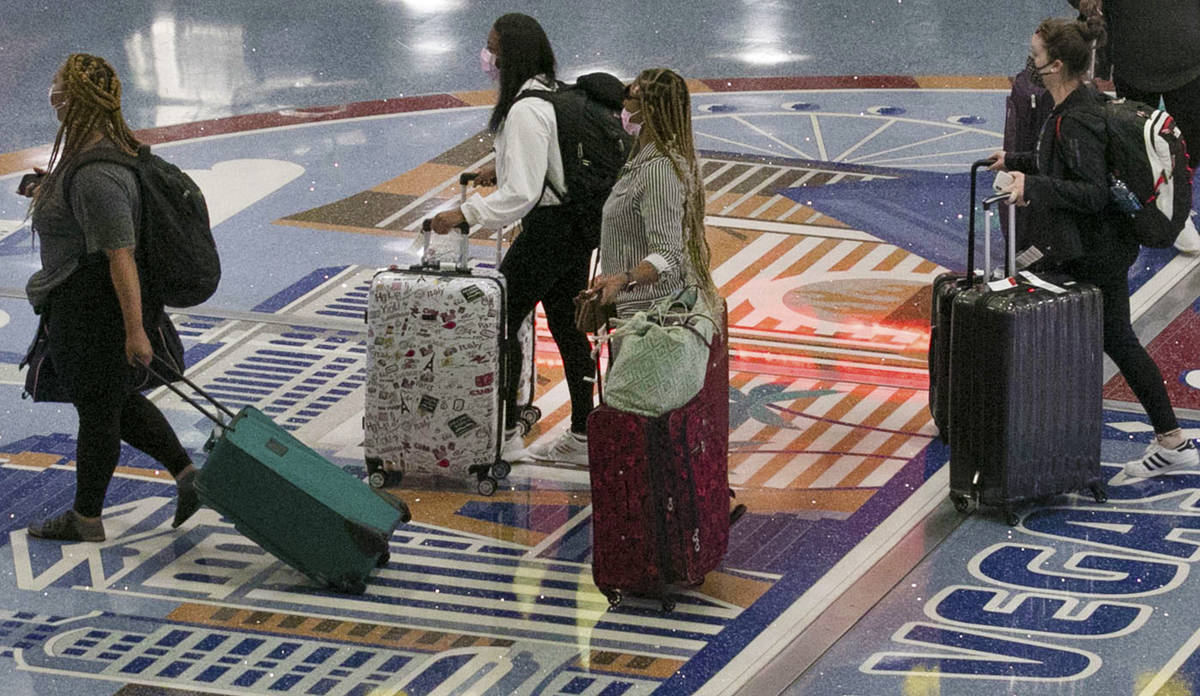 The first and last place people see when they fly into Las Vegas finally saw life pumped back into it.

McCarran International Airport saw a surge of travelers passing through its gates Thursday, as people arrived to celebrate the first day of casinos reopening in the city.

Joe Rajchel, McCarran spokesman, said 192 flights were scheduled for Thursday, a welcome sign for the airport that saw record low passenger volumes during the state-ordered shutdown.

“We’re here to welcome people back, and we’re seeing a good stream of people coming through,” Rajchel said. “The campaign that we launched, LAS All In, is so critical now as more and more people start to come back. We want their help in washing their hands, wearing a face mask and doing their best to socially distance so we all can stay open and stay healthy.”

Of the throng of passengers arriving Thursday, very few of them wore a face covering despite the campaign and signage all around the airport.

There was a buzz Thursday morning as people grabbed their luggage from the baggage carousels and headed to their destination, some already with alcoholic beverages in tow.

After missing opening day of Major League Baseball because the season was postponed over the pandemic, New Jersey resident Joseph Zappulla is getting his fix with attending casino opening days.

“I went to opening at Foxwoods (Resort Casino) and Mohegan Sun (in Connecticut) on Monday,” said Zappulla, who is staying at the Bellagio and Caesars Palace on his visit. “I may be one of the few people in the entire country who was on opening day (in both states). I love baseball, and they aren’t playing right now, so I got to go to opening day somewhere.”

Billy Baker and his wife arrived from Oklahoma City after having to rebook their planned trip several times.

“We’re here for the grand opening; this is the sixth time that we had to redo this, and we finally got it,” Baker, who is staying at The Cosmopolitan, said. “We were originally coming out in April, and every time we switched we had to rebook and rebook and it’s finally open.”

Michael Darden, from Albuquerque, New Mexico, is staying at the Bellagio with his girlfriend and is looking to escape his hometown and relax in a different environment.

“I’ve been here about five times, and it’s always been a good place to kick back, do a little gambling, a little drinking,” Darden said. “For the most part we’re going to stick to each other this time and have fun.”

Darden won’t let the new safety protocols ruin their fun as he just wants to have an enjoyable time in a safe environment.

“I’ve been reading up on all the CDC (Centers for Disease Control and Prevention) guidelines, being six feet apart, the thermometers, the plexiglas, we’re used to it already now, so it’s not really nothing new. It’s the new normal, I guess.”

Zapulla’s game of choice is craps and he’s comfortable with jumping right back in after reviewing the safety protocols casinos are taking.

“You sanitize your hands between each roll and you play smart,” Zapulla said. “For the last two-and-a-half months I’ve had a motto and I’m living by it. Be safe, be smart and don’t be scared. It’s that simple.”