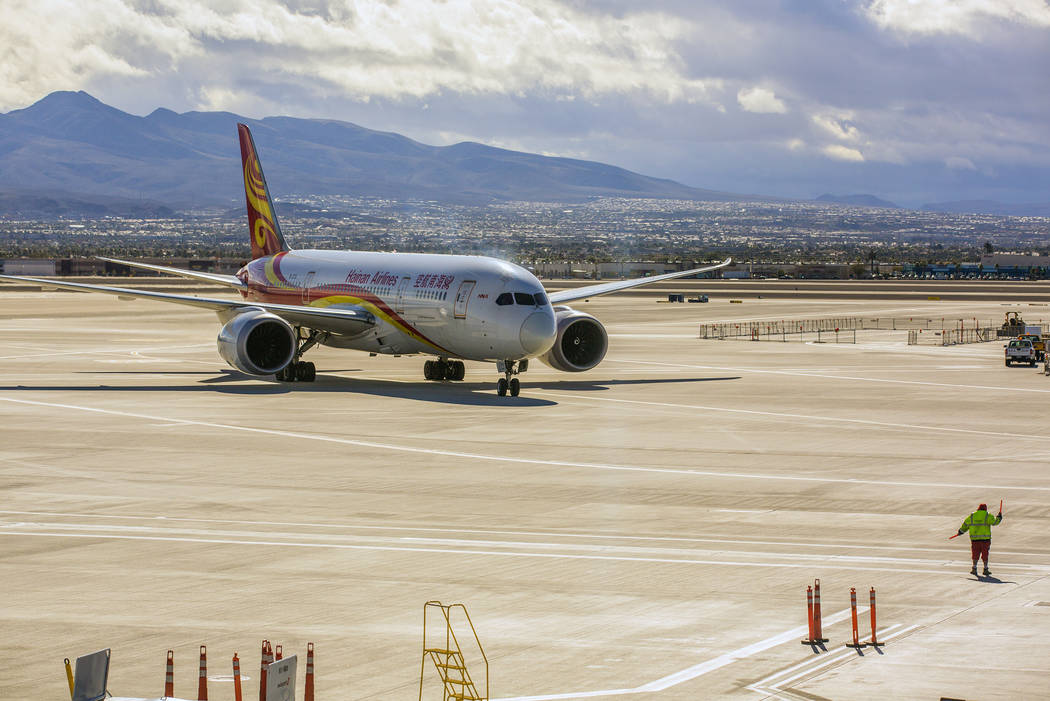 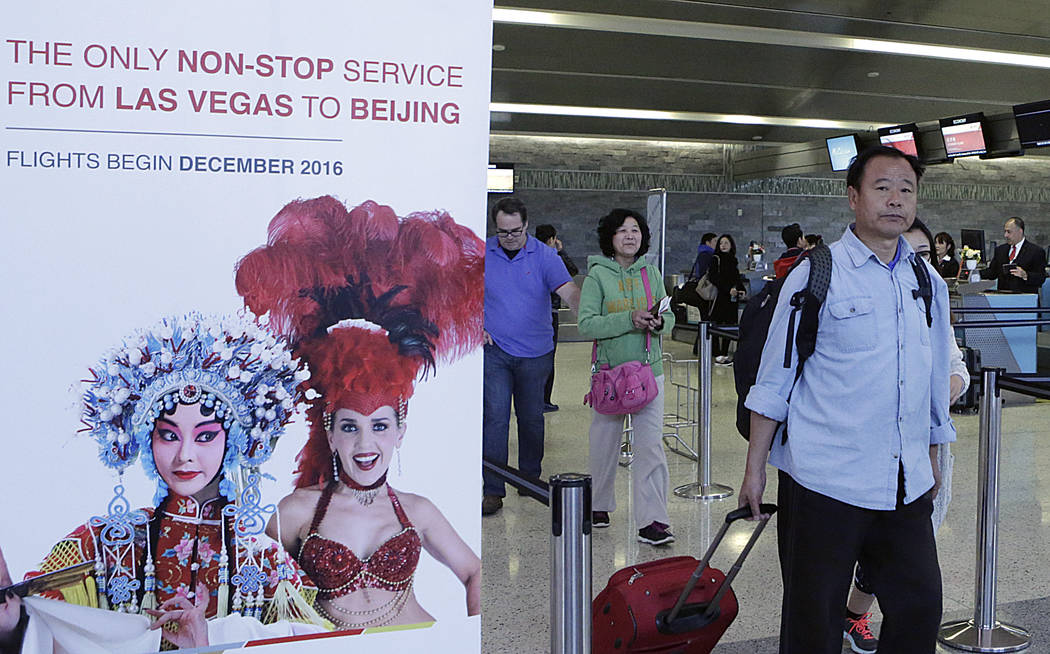 Passengers head to board a Hainan Airlines flight after checking-in at the ticket counter on Monday, Feb. 27, 2017 at McCarran International Airport in Las Vegas. (Bizuayehu Tesfaye/Las Vegas Review-Journal) @bizutesfaye 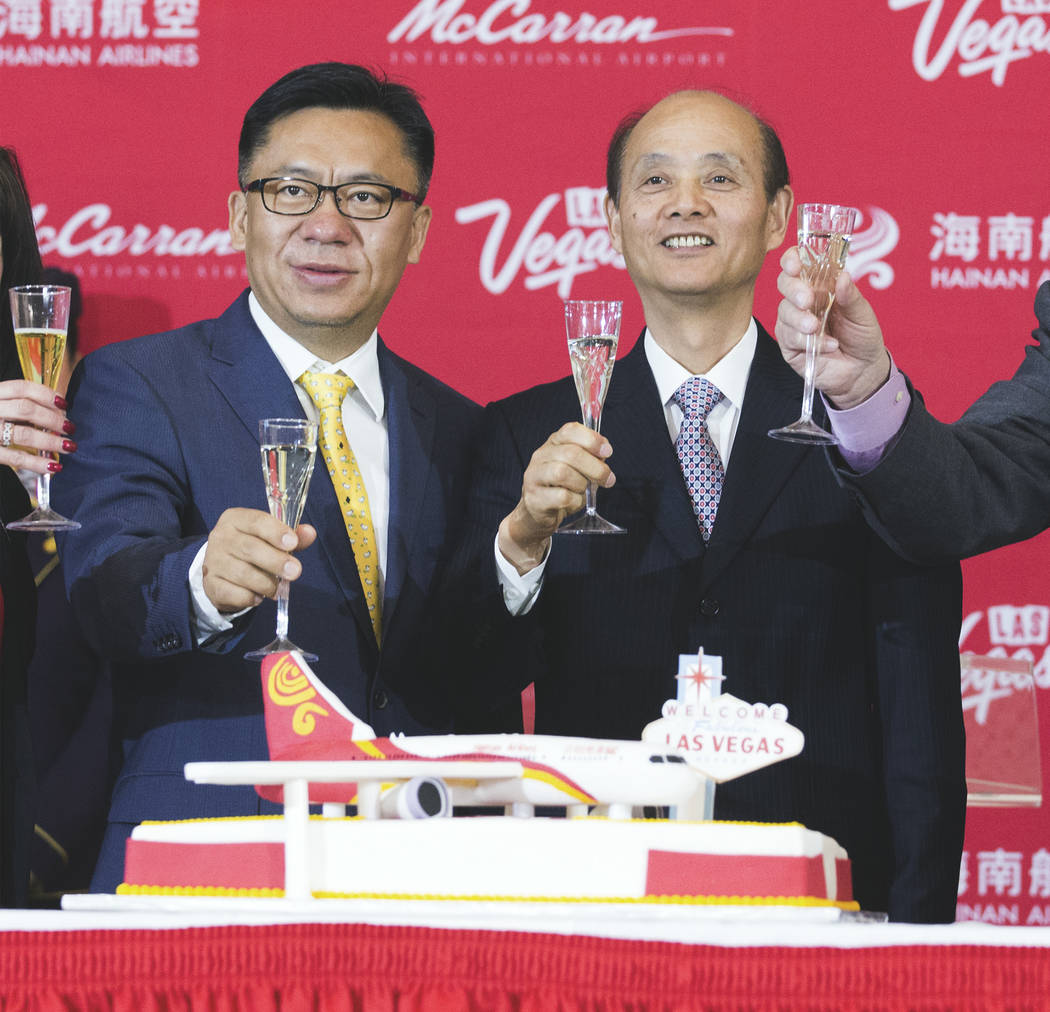 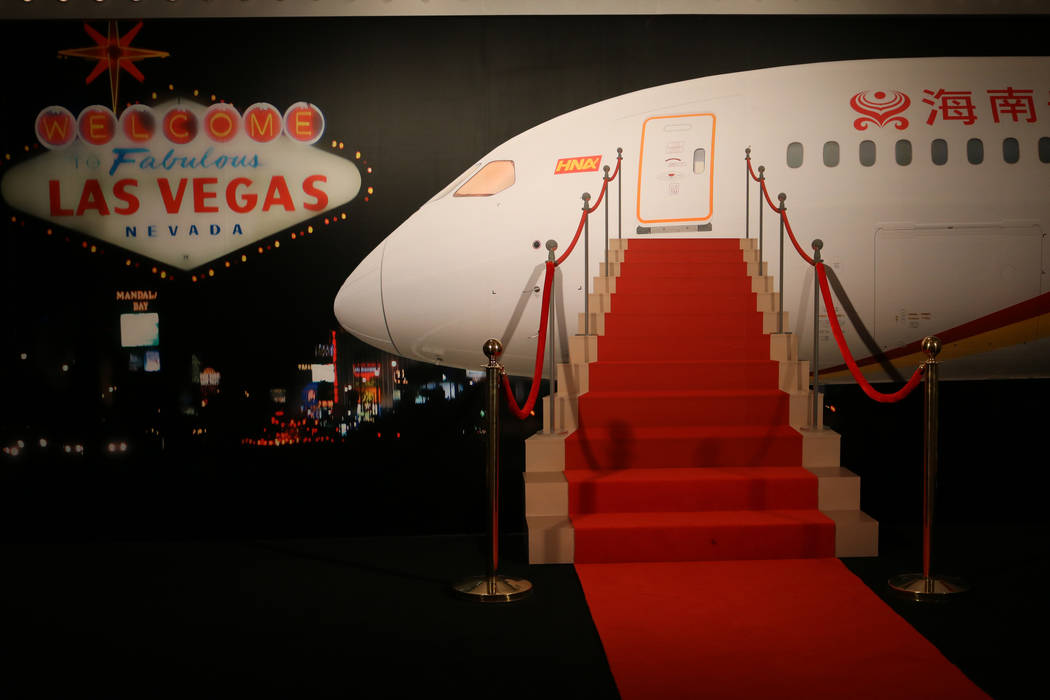 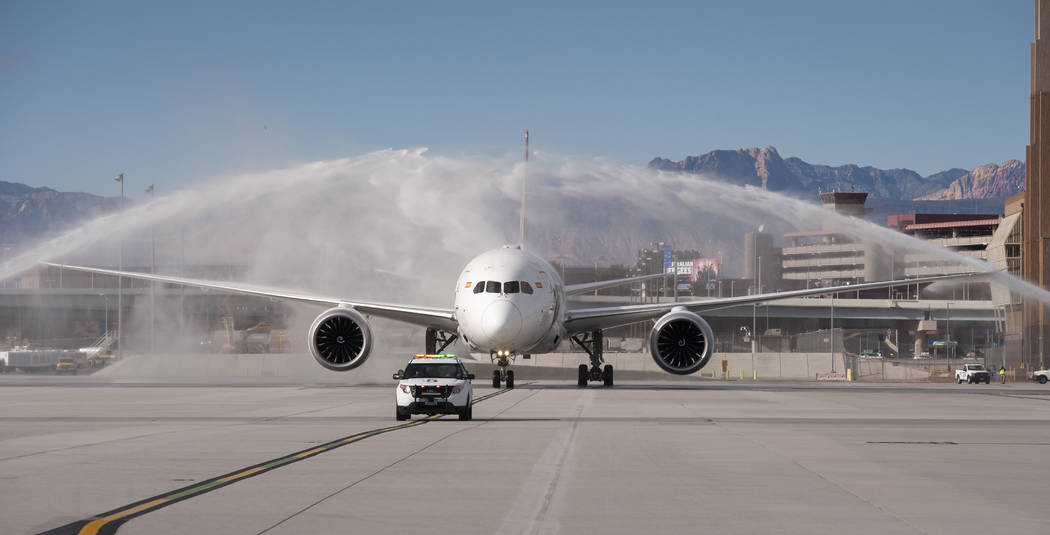 The Las Vegas Convention and Visitors Authority board of directors on Tuesday indicated it’s hopeful of similar dividends in the future by committing $4.2 million over three fiscal years to bring in the 17th annual event Sept. 13-15, 2021.

Ultimately, the LVCVA expects to pay $3.2 million to host the forum after receiving about $1 million in sponsorships and in-kind contributions. In 2013, sponsors contributed $900,000 to the effort.

The forum is a series of 13,000 face-to-face meetings between representatives of airports from around the world as well as the world’s airlines.

Chief Marketing Officer Cathy Tull, noting that community airline development “is a marathon, not a sprint,” also said that next June’s startup of nonstop service between Las Vegas and Amsterdam on KLM Royal Dutch Airlines started with meetings between McCarran, the LVCVA and the airline at the 2013 Routes forum.

By convention standards, the meeting is small — only 3,000 are expected to attend the forum. But LVCVA officials have said the value in hosting Routes is that airline executives get the opportunity to experience Las Vegas first hand. That helps them evaluate opportunities to provide flights for their customers.

The 2021 fiscal year will see payments of $1.3 million for required hospitality functions, $450,000 for hosted media and VIP events, $395,000 for for an exhibition networking village and $330,000 for ground transportation, staffing and logistics.

The LVCVA board also unanimously approved spending $260,000 to fund an upstart professional football league’s national championship games in Las Vegas in 2019 and 2020.

The new Alliance of American Football season will kick off Feb. 9, the first Saturday after the Super Bowl, with eight teams playing 10-game seasons with the first championship game scheduled April 27 at Sam Boyd Stadium.

The 2020 championship could be the last football game played at Sam Boyd Stadium with the scheduled opening of the new 65,000-seat indoor stadium being built by the Oakland Raiders at Russell Road and Interstate 15.

The championship games are expected to attract 11,200 out-of-town visitors that would generate a direct visitor spending economic impact of $9 million.

Tuesday was the first meeting for a new board member, North Las Vegas Mayor Pro Tem Pamela Goynes-Brown, who replaced Mayor John Lee on the 14-member board. Lee resigned over frustration with the board’s handling of police and Las Vegas Review-Journal investigations of extravagant spending and lax accounting under former President and CEO Rossi Ralenkotter.