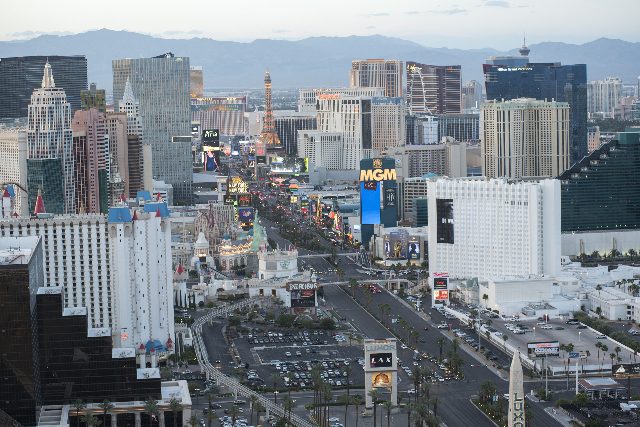 Visitation figures were 5.3 percent ahead of last year’s July total partly because of an extra weekend date compared with last year.

The July performance was strong despite a 9.4 percent decline in convention attendance that resulted from negative show rotation. Last year, the Las Vegas Market Show, a furniture exposition that draws 50,000 people, occurred in August this year instead of July in 2014.

Except for convention attendance, all other tourism indicators showed gains compared to last year.

The strongest occupancy indicator was in motel occupancy, which climbed 10.4 percentage points to 74.9 percent in July. Citywide, occupancy was at 91.5 percent, 2.8 points ahead of last year.

McCarran International Airport had a dramatic rise in passenger totals reported Friday with an 8.8 percent increase to 4.1 million people. The amount of traffic on Southern Nevada highways also had a dramatic increase, 8.1 percent to 126,907 vehicles a day on major highways. The vehicle count on Interstate 15 at the California border had an increase of 5.5 percent to 53,496 a day. Highway traffic includes locals that use the roads.

While visitor volume in Laughlin continued to slump, it climbed in Mesquite.