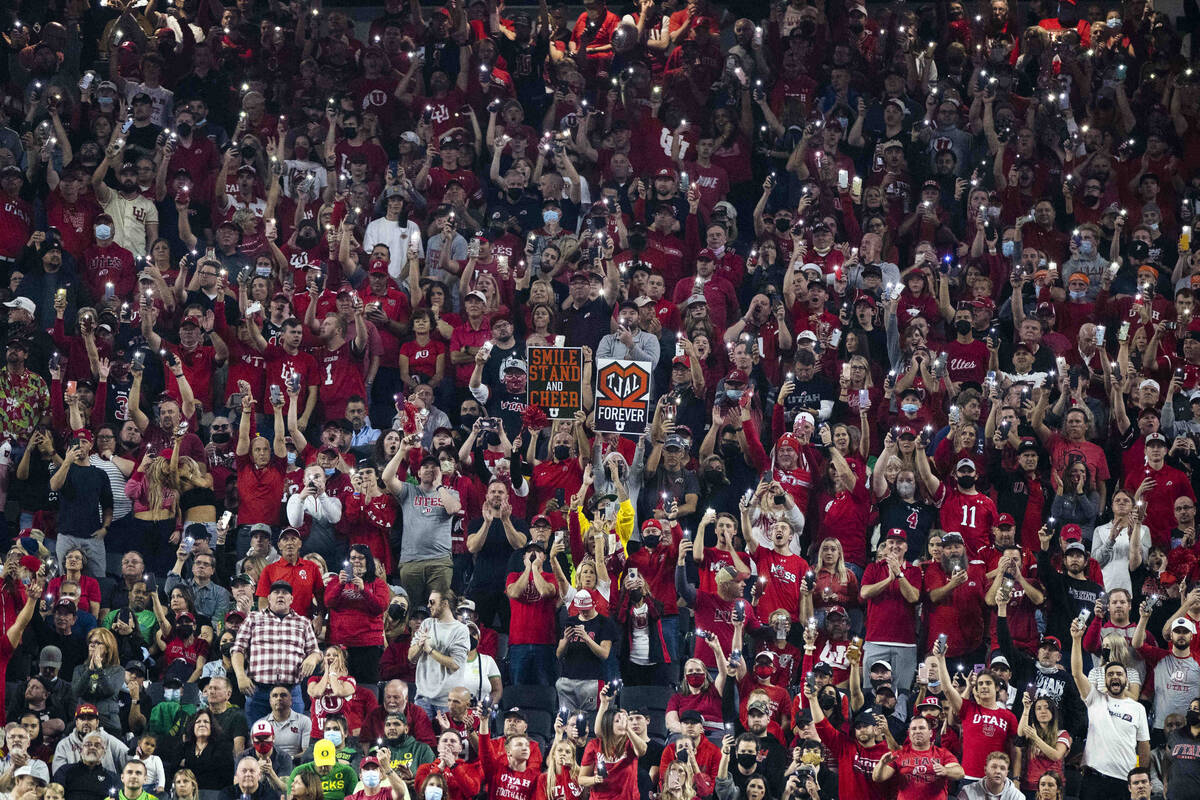 Utah Utes fans cheer their team during the first half of the Pac-12 championship football game against Oregon Ducks at Allegiant Stadium, on Friday, Dec. 3, 2021, in Las Vegas. (Bizuayehu Tesfaye/Las Vegas Review-Journal) @bizutesfaye 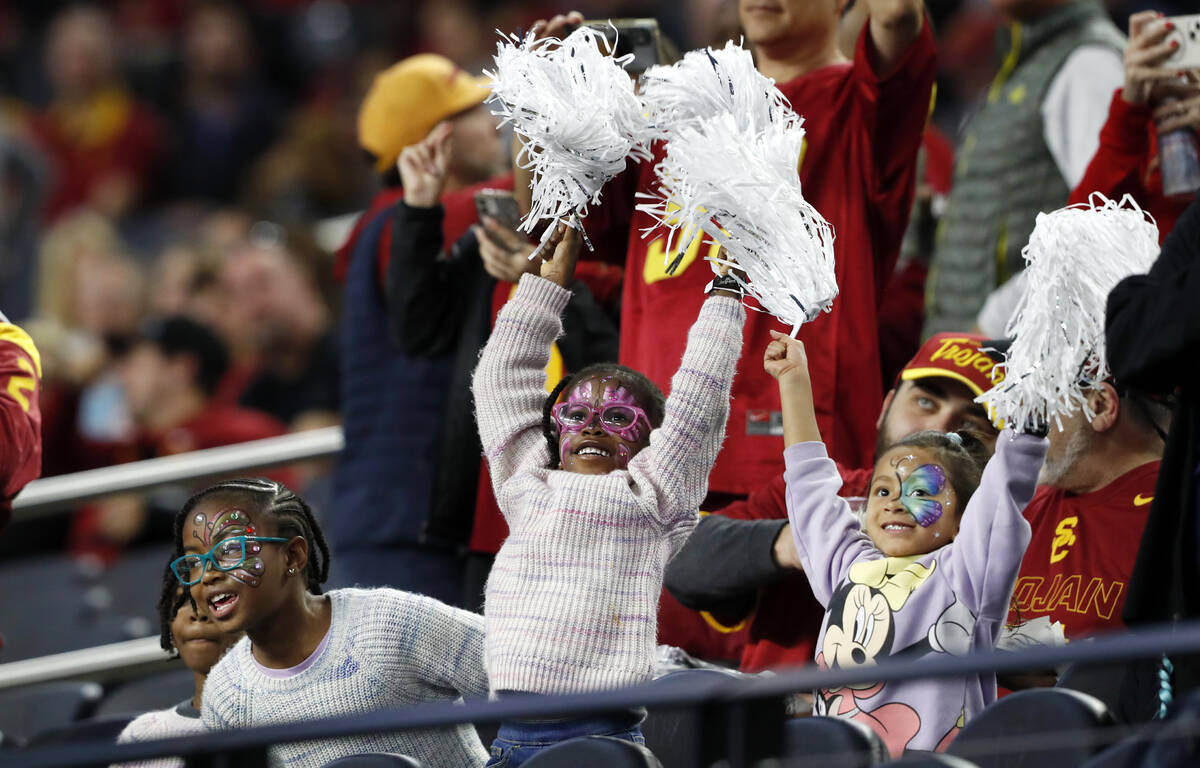 The Las Vegas Convention and Visitors Authority on Tuesday unanimously approved a one-year, $1.4 million sponsorship agreement extension to bring the Pac-12 championship game back to Allegiant Stadium in 2023.

It’s the third year the football championship game will be played in Las Vegas.

The LVCVA expects $100,000 of in-kind contributions from the resort industry, making its sponsorship expense $1.3 million. The extension of the agreement will provide the LVCVA with season-long advertising, marketing and hospitality opportunities.

This year’s game between the University of Southern California and the University of Utah, on Dec. 2, was a bigger success than the initial 2021 event. The game was a sellout, and while the LVCVA has yet to calculate its economic impact, an estimated 62,000 tickets were sold.

The 2021 championship featuring the University of Oregon and the University of Utah had more than 45,000 people in attendance, including 41,000 from out of town, generating an estimated economic impact of $63.7 million for Southern Nevada.

It was the final meeting for Board Chairman John Marz, a Henderson City Council member who was term limited and leaves office in 2023. The board paid tribute to Marz’s tenure with a video highlight reel.

Marz spent six years on the LVCVA board with the last two as chairman.

During his tenure, the $1 billion West Hall expansion was completed, the Las Vegas Convention Loop underground transportation system was finished and began operations, the Las Vegas Monorail was purchased and a major renovation of the Las Vegas Convention Center began. Marz also served as chair of the board’s marketing committee and was instrumental in developing the “Only Vegas” and “World’s Greatest Arena” advertising campaigns.

Another video highlighted the 21 years Las Vegas Events President and CEO Pat Christenson spent assisting the LVCVA. Christenson, who officially retires next year but agreed to serve as a consultant to recently named LVE President and CEO Tim Keener, has been the top local organizer for the National Finals Rodeo since it first appeared in Las Vegas in 1985.

Las Vegas Events is a privately-held nonprofit organization that contracts with developers of special events in Southern Nevada.