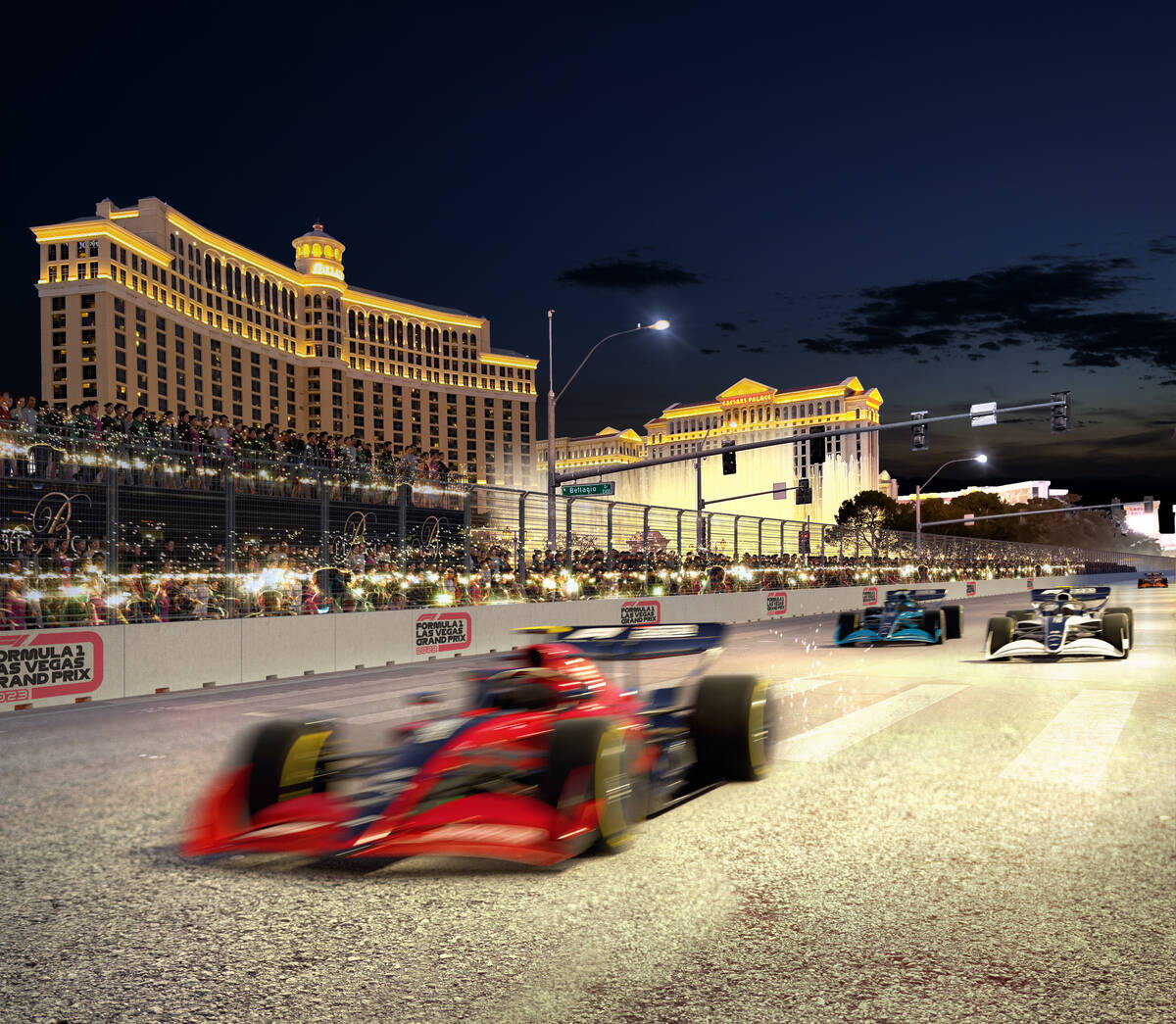 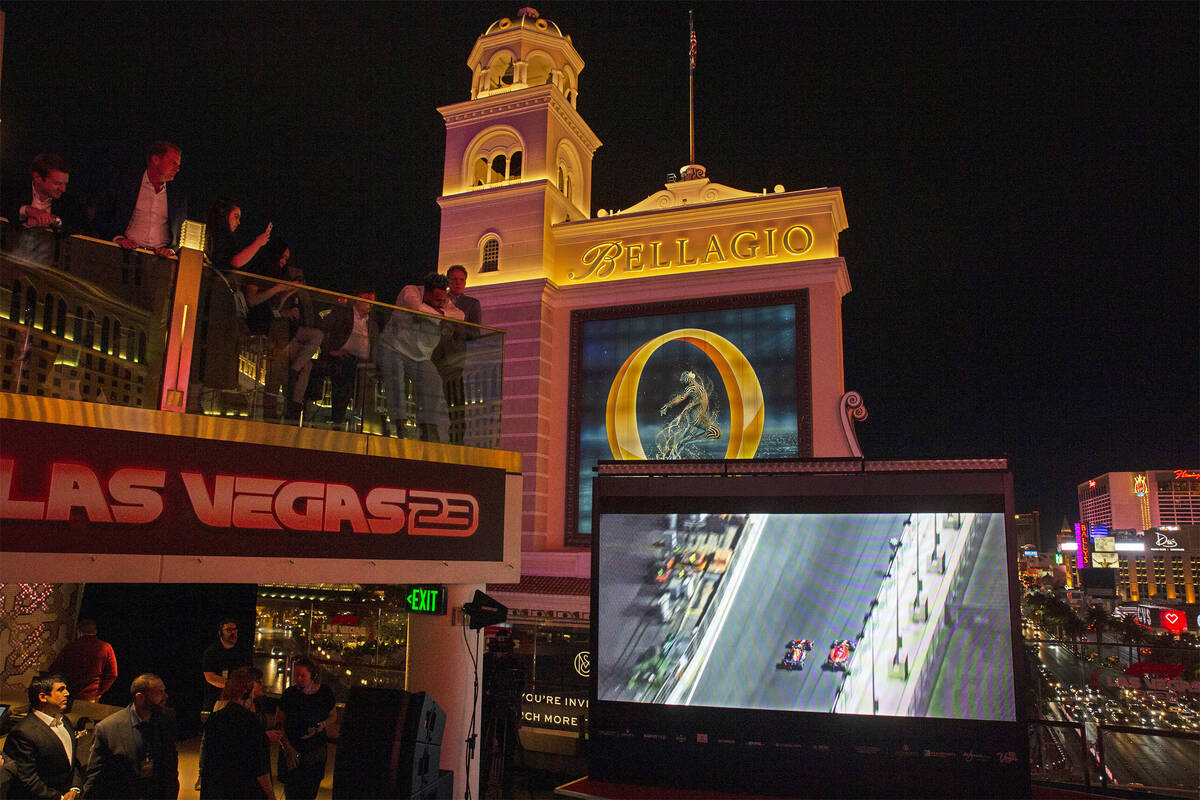 In this March 30, 2022 file photo, people watch a screen on the Las Vegas Strip during a news conference announcing a 2023 Formula One Grand Prix auto race to be held in Las Vegas. (Ellen Schmidt/Las Vegas Review-Journal) @ellenschmidttt

The Las Vegas Convention and Visitors Authority board of directors on Tuesday agreed to spend $19.5 million over three years to sponsor Formula One open-wheel races in the resort corridor in 2023, 2024 and 2025.

The board unanimously approved spending $6.5 million a year to partner with Liberty Dice Inc. to put on the Las Vegas Formula One Grand Prix.

The event promises to attract tens of thousands of people to Las Vegas — many of them international arrivals.

The event also is expected to boost Las Vegas as a destination internationally and the 2023 race is being viewed as a dress rehearsal for Super Bowl LVIII in February 2024.

The $19.5 million spend is one of the largest sponsorships approved by the board. In January, the board approved spending $40 million to host the Super Bowl.

Payment will be made from the LVCVA’s general fund, which is generated primarily from room tax revenues paid by those who stay at Las Vegas motels and hotels.

Liberty, as the owner of Formula One World Championship Ltd., produces Formula One races throughout the world. Formula One’s more than 500 million fans often fly to destinations around the world for race weekends and view the races at home through Formula One’s global broadcasts.

The strategic partnership between Liberty and the LVCVA, to hold annual Formula One Grand Prix races in Las Vegas, is expected to bring thousands of Formula One fans to the city and further cement Las Vegas as the sports and entertainment capital of the world, according to officials.

The LVCVA will assist Formula One with the operational project management necessary to ensure successful Grand Prix races.

The operational planning includes value-in-kind services: assistance in obtaining land use and regulatory approval; facilitation of discussions related to circuit construction and maintenance; support with utilities, technology and communications coordination; assistance with transportation and traffic management; engagement of volunteers and community partners; relationship building with resort partners; and identification and assistance in acquiring race-related event venues.

In other business, the board unanimously approved spending $945,000 over three years to sponsor the Oracle Corp. CloudWorld conference 2022-2024.

Oracle, a computer technology company based in Austin, Texas, has in the past scheduled its fall conference annually in San Francisco. The 2022 show is scheduled Oct. 16-20 at Caesars Forum and The Venetian. The 2023 and 2024 shows are expected to be in September.