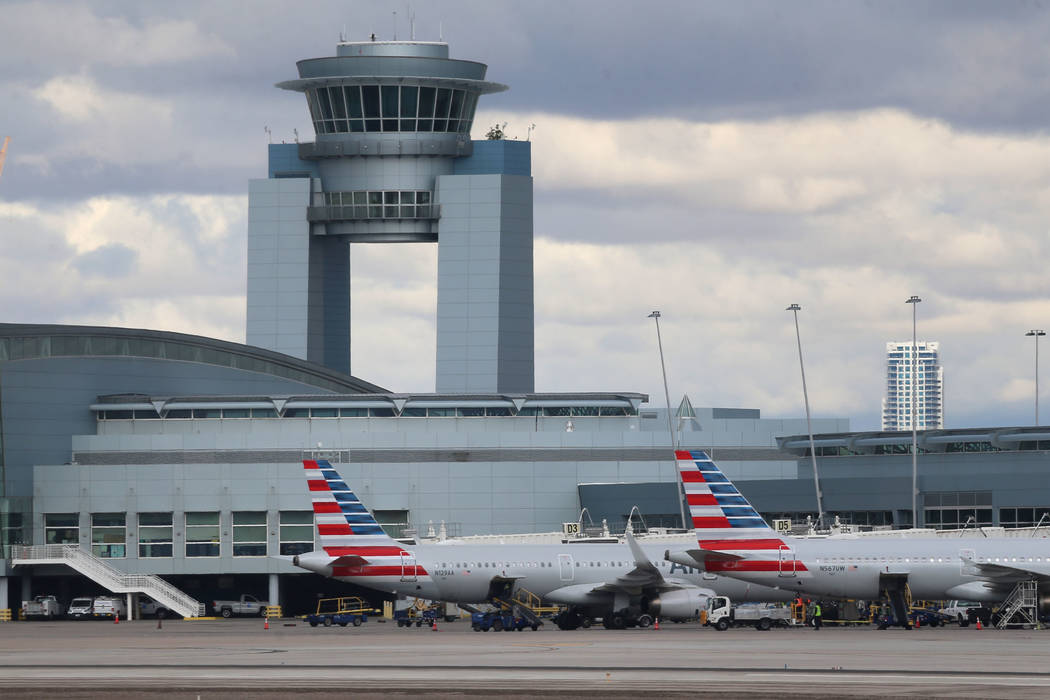 It was the third-straight year of record annual passenger volume. A strong December saw 4.2 million passengers use the airport, pushing it well over the 50 million mark for the year, the Clark County Department of Aviation announced Wednesday.

“As an industry sustained by passengers we are so grateful to the locals and visitors who chose to travel in 2019,” said Rosemary Vassiliadis, Department of Aviation director. “This incredible year for McCarran was made possible because of the foresight in planning and investments in infrastructure necessary to handle this record number of travelers. As passenger volume has grown, we have continually evaluated the airport and its processes seeking ways to enhance customer service, maximize efficiencies and increase operational flexibility.”

Not only was 2019 a new record, it marked the ninth-straight year McCarran saw a year-over-year passenger volume increase.

Domestic passenger traffic spiked by 3.9 percent for the year, with more than 2 million more passengers arriving and departing compared to 2018.

International traffic remained steady in 2019, with more than 3.8 million international passengers passing through McCarran. That occurred as the airport was adding new international service last year with the introduction of nonstop flights to markets such as Amsterdam, Tel Aviv and Frankfurt.

“We’ve been the fastest growing carrier at McCarran for five years,” said John Kirby, vice president of network planning for Spirit. “It’s been a a rapid ascent to the No. 2 position there.”

Kirby attributed the increase to continued growth of the Las Vegas area and the addition of routes in-and-out of McCarran, including five new routes added in 2019.

“Clearly we like what we see and we certainly view Las Vegas as a growth destination,” Kirby said. “The great thing about Vegas is everyone wants to go there, but population has been growing and sometimes people want to get away.”

With 2020 and beyond shaping up to see several large attractions go online including Allegaint Stadium, the Las Vegas Convention Center expansion and Resorts World opening, the potential for further growth is strong, Kirby said.

Kirby said Spirit will continue to add new nonstop routes and to bolster frequency of existing routes to McCarran to accommodate the expected demand.

Southwest Airlines maintained its position as the market leader by a healthy margin, but the airline saw a 3.7 percent dip in passenger volume in 2019, seeing a total of 17.3 million passengers last year. Southwest operates 228 flights a day between Las Vegas and 54 destinations.

Southwest spokesman Dan Landson tied the passenger dip to the ongoing grounding of Boeing MAX jets, which Southwest has 34 in its fleet, but declined to speculate on if the passenger decline is expected to continue.

“We can’t speak to future bookings but the MAX has been removed from service through June 6,” Landson said.