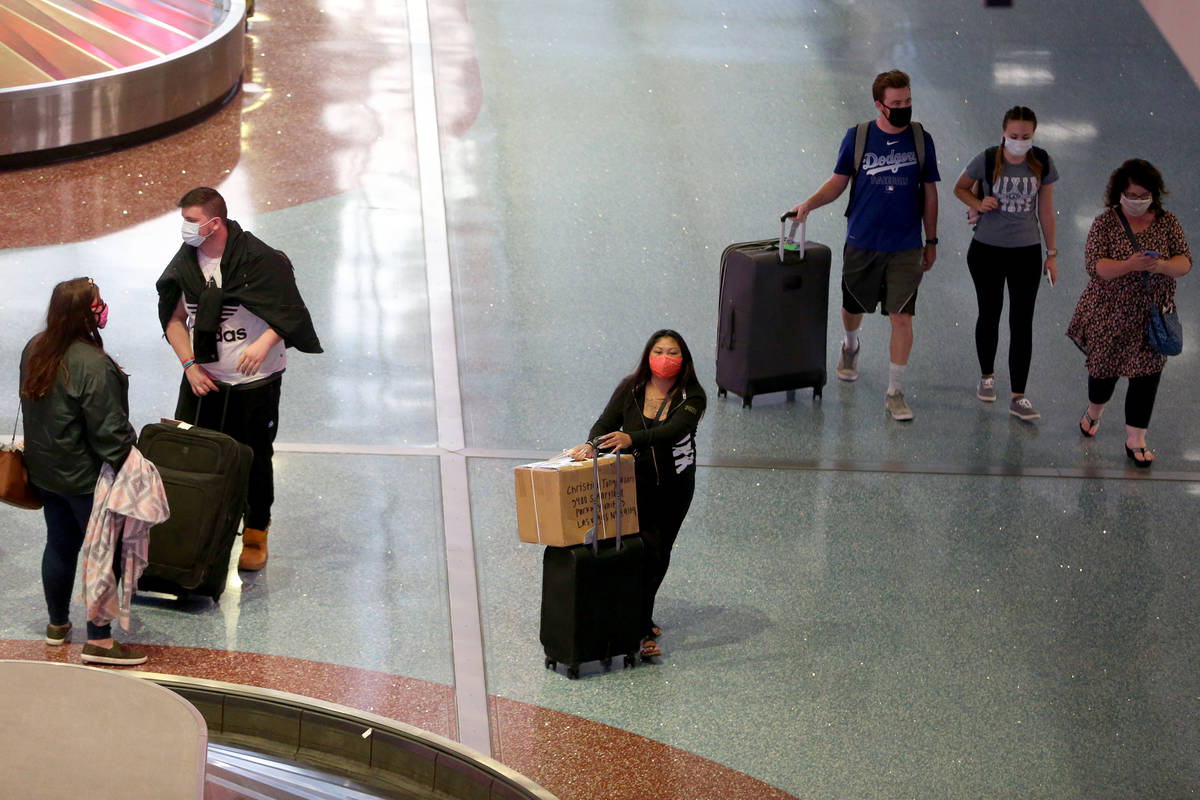 McCarran saw 1.73 million passengers in August, making September the first month that passenger volume dropped since the numbers bottomed out in April following the shutdown of the resort corridor in mid-March, according to data released Thursday by the Clark County Department of Aviation.

September’s mark is a 61 percent decline from the same month last year, as McCarran saw 4.3 million passengers in September 2019.

Last month, airport spokesman Chris Jones said he expected volumes to dip slightly, as that’s the natural pattern seen each fall, on top of the lack of conventions and meetings in Las Vegas.

McCarran passenger volume through September is down 57 percent compared with 2019, with 16.7 million passengers this year compared with the 38.5 million in the first nine months of 2019.

Southwest Chief Operating Officer Mike Van de Ven said Las Vegas, despite being significantly down year over year, was one of the bright spots of recent months.

“In the third quarter, we did certainly continue to strength in areas such as Southern California … Las Vegas, Denver, Phoenix, Texas and Florida,” Van de Ven said Thursday in Southwest’s third-quarter earnings call.

Spirit was the second-busiest carrier at McCarran in September with 215,027 travelers, down 54 percent from September 2019’s 466,283 passengers.