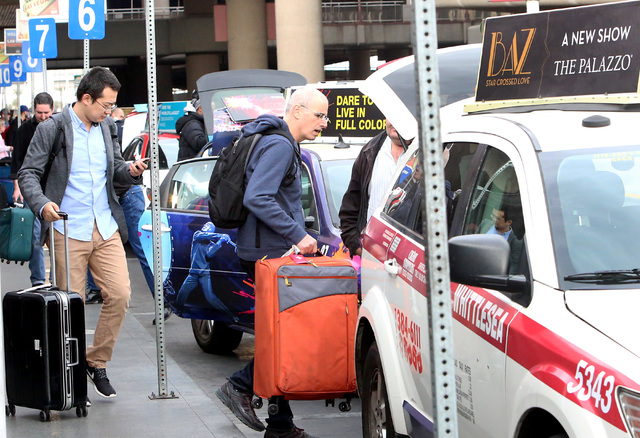 Taxicabs picked up a majority of travelers passing through McCarran International in 2017, but ride-hailing companies Uber and Lyft are cutting into the competition, according to year-end numbers provided by the airport.