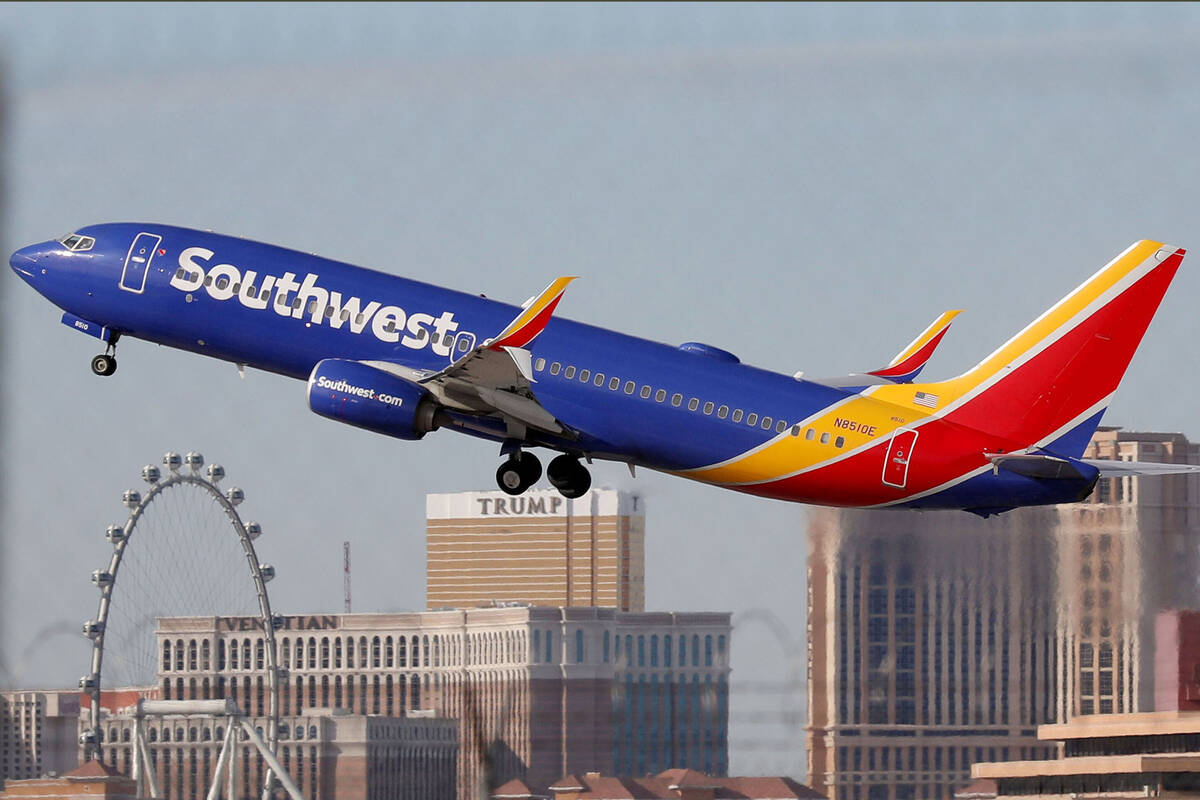 Southwest Airlines, the Dallas-based discount airline that flies more passengers to and from Las Vegas than any other commercial carrier, introduced a new pricing tier on its website that provides new benefits to travelers for a price.

Wanna Get Away Plus, a fourth tier of pricing which will enable passengers to transfer their flight credits to others and to change same-day flights without an increase in the fare, was made available on southwest.com Tuesday. That tier also gets eight times the Rapid Rewards loyalty points as Wanna Get Away tier customers.

“As travelers increasingly return to the sky, we know that added flexibility and greater choice is more important to our customers than ever before,” Jonathan Clarkson, vice president of marketing, loyalty and products for Southwest, said in a release.

“With Wanna Get Away Plus, we’re thrilled to offer a new low-fare product that enhances Southwest’s fare lineup and provides more options for our customers, while maintaining all of the benefits our customers know and love about our existing fares, and even adding some new ones,” he said.

Customers who previously purchased tickets for travel on or after Tuesday will get the new benefits, too. That means all Business Select tier and Anytime tier tickets automatically receive the new features, and Wanna Get Away ticket holders can upgrade to Wanna Get Away Plus.

The new tier will provide some of the same customer benefits Southwest is known for — two free checked bags, no change fees and free TV viewing, movies and messaging.

Wanna Get Away Plus customers booked on a flight can change to a different flight to the same destination at a different time if space is available. Customers who buy under the same tier can also be placed on the standby passenger list without an added charge.

Southwest flew 1.469 million passengers to and from Las Vegas in March and 3.763 million in the first quarter of 2022.

The busiest air carrier at Harry Reid International Airport uses 21 gates, has 230 departures a day to 66 cities and has 3,648 employees based in Las Vegas.