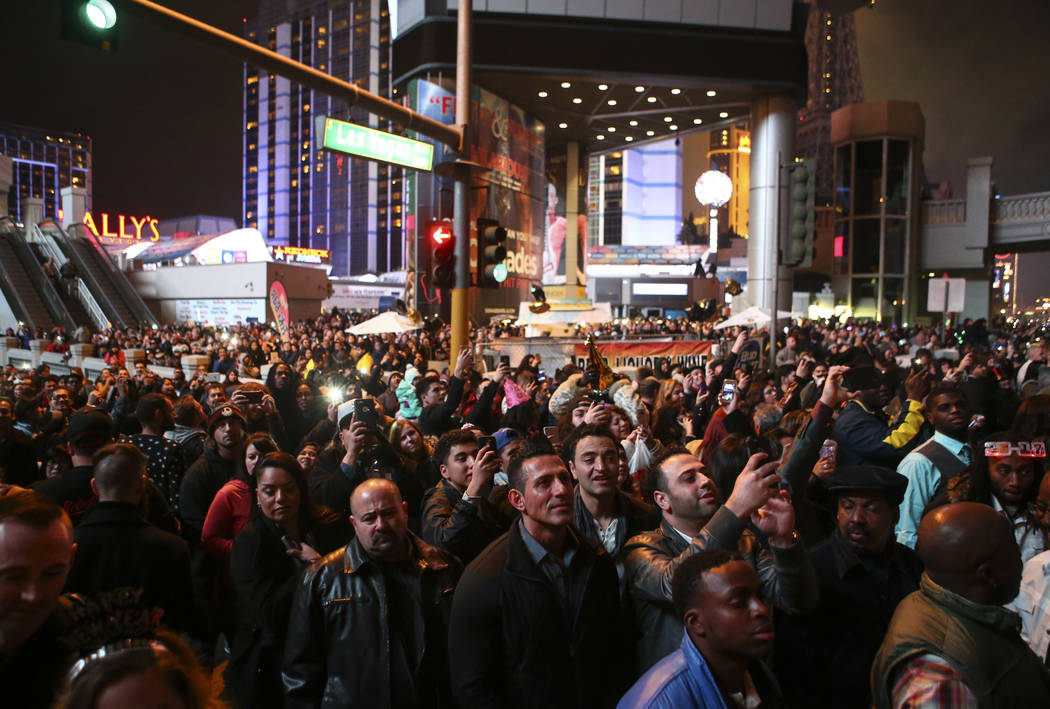 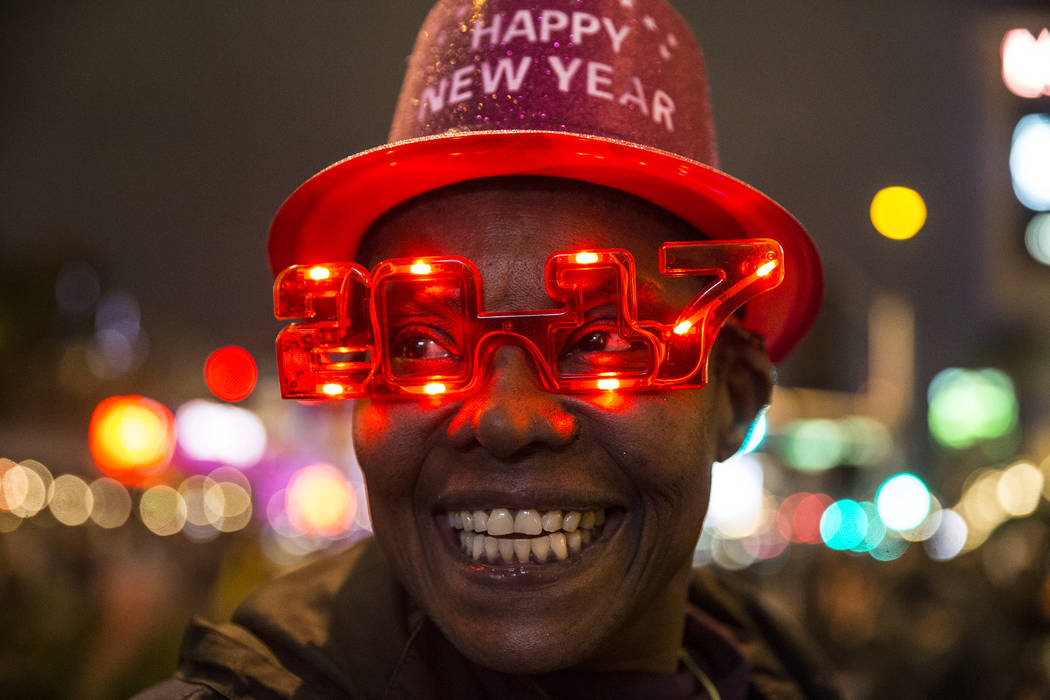 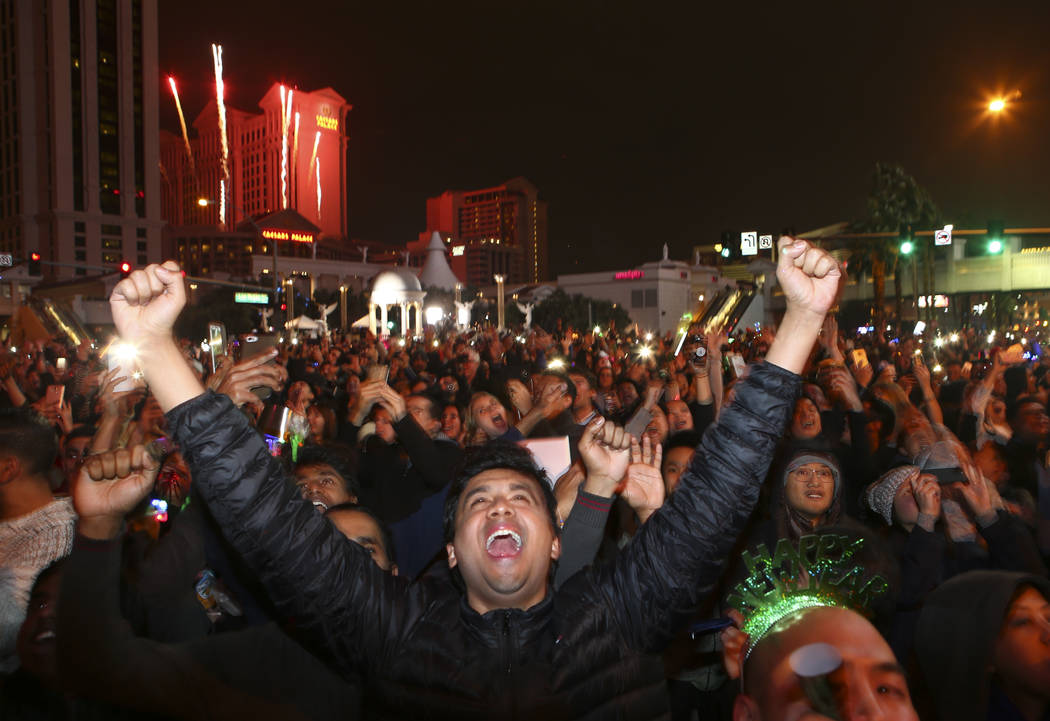 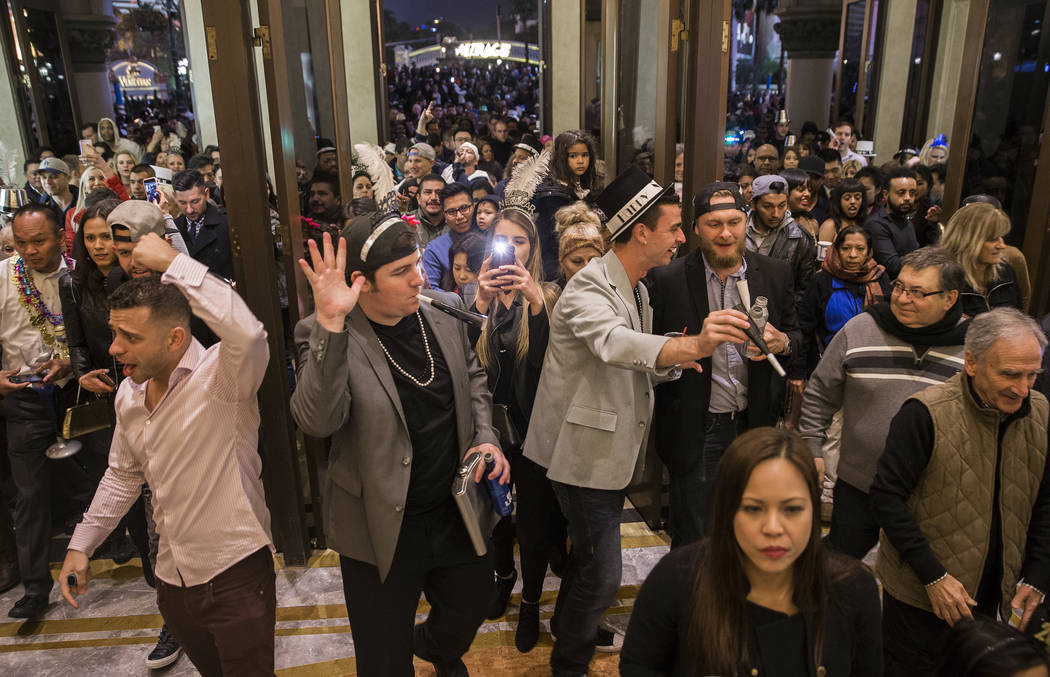 New Year's Eve party goers file back into the Venetian hotel-casino after the fireworks on the Strip on Saturday, Dec. 31, 2016, in Las Vegas. Benjamin Hager/Las Vegas Review-Journal 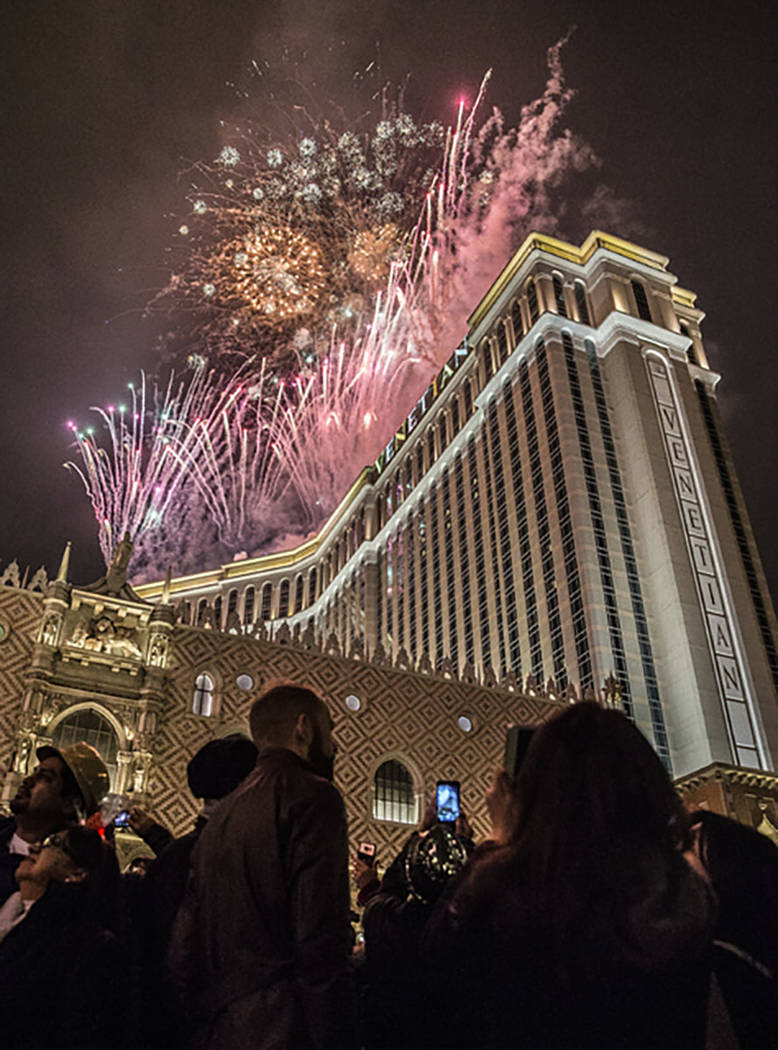 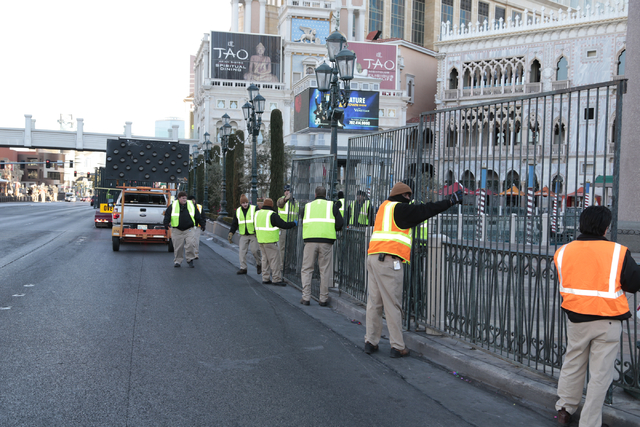 Workers disassemble the security barricade sections in front of the Venetian, as part of the final cleanup from the New Years' eve celebrations from the night before, the Venetian, Las Vegas, Saturday, Jan. 01, 2015. (Donavon Lockett/Las Vegas Review-Journal) 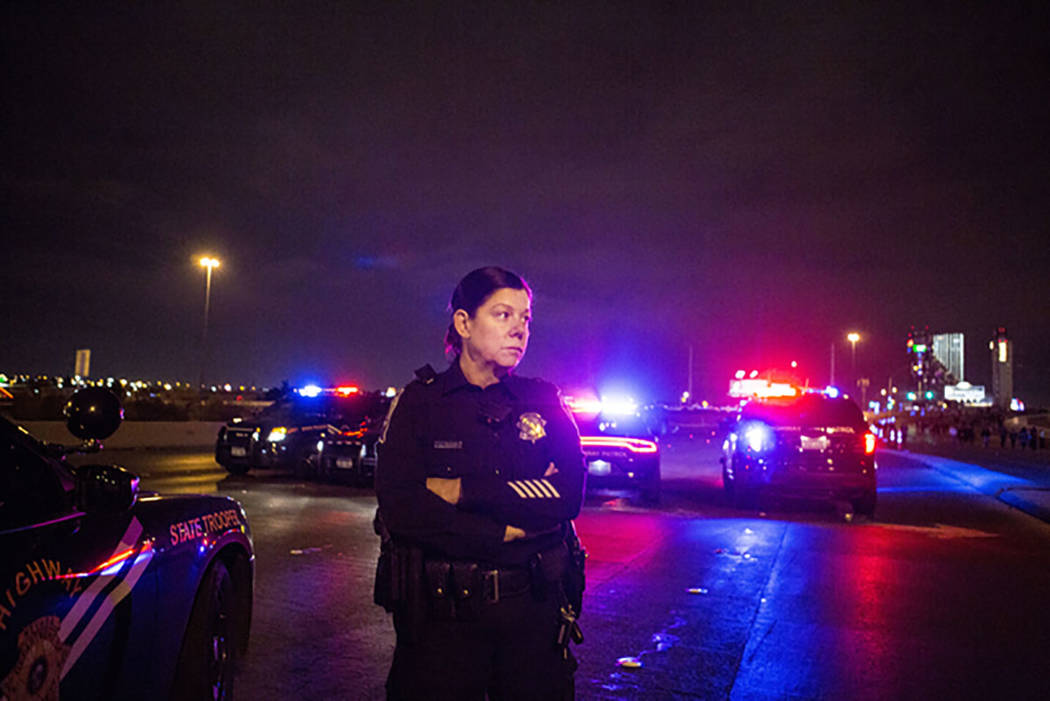 A record number of security troops will greet the tens of thousands of New Year’s Eve partiers on the Strip.

In addition, buses will be used as roadblocks to deter potential terror attacks.

In the past two years, $120,000 a year in resources has been authorized through the state’s Division of Emergency Management-Homeland Security.

That will buy the presence of 348 Nevada National Guard soldiers to secure 22 different locations. Last year and the year before, there were about 160 troops in place.

“After Oct. 1, we all agreed we needed to relook at that and give it a different look based on new analysis from that (shooting) event,” Caleb Cage, chief of Nevada’s Division of Emergency Management, said Friday in a telephone interview.

In addition, soldiers will be in place longer.

“Instead of being there the day before, the day of and the day after New Year’s, which has been the case in the past, they’ve got the request staggered over about a five-day period,” Cage said.

The five-day presence will cover the entire long weekend as well as provide a lead-in to CES 2018, which will occupy most of the city’s convention space the week after people change their calendars.

Tina Quigley, general manager of the Regional Transportation Commission of Southern Nevada, confirmed that buses not only will be used for conveyance but also will be strategically parked at key intersections to protect against a terror attack by motor vehicle.

Financing for the security plan has nearly completed its three-step approval process.

The request was reviewed by the state agency, approved for consideration by the Board of Examiners, then approved by that board for review by the Interim Finance Committee, which is scheduled to meet in early December for final consideration.

While the financial approvals for security are in the home stretch, the dollars for the party itself have been allocated for months.

The private events-planning company that works the details on behalf of the Las Vegas Convention and Visitors Authority allocated about $600,000 — around the same as last year — for a pyrotechnic show that already has been choreographed by Fireworks by Grucci.

Pat Christenson, president and CEO of Las Vegas Events, said Thursday that his board gave a last glance at party plans in a short meeting this week.

New Year’s Eve festivities will include themed fireworks on the Strip and live concerts and fireworks under the Fremont Street Experience canopy downtown.

The seven launch locations identified for fireworks are the same as they were last year: Aria, Caesars Palace, MGM Grand, Planet Hollywood Resort, Stratosphere, TI and The Venetian. The Rio will again be used as a security command center for the celebration.

Specific information about the celebration, including instructions from the Metropolitan Police Department, details on the Grucci show and reminders about transportation, will be announced in a press conference in early December.

Last year, about 335,000 tourists were in Las Vegas for New Year’s Eve festivities.