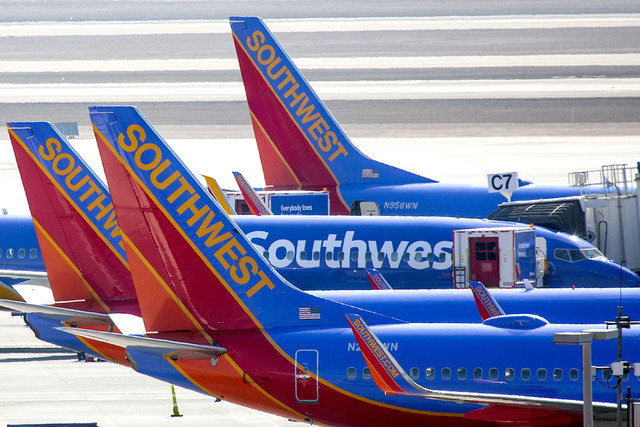 Southwest Airlines will stop overselling its flights beginning May 8.

Early Thursday, the company announced earnings down 31.6 percent from last year to $351 million for the quarter that ended March 31.

Operating revenue inched up 1.2 percent to $4.88 billion for the quarter.

Earnings per share adjusted for non-recurring costs fell to 61 cents a share, a penny short of of what Wall Street analysts had forecast. Southwest also missed analysts’ projections for revenue.

Like most airlines, Southwest overbooks flights to compensate for no-shows or passengers that miss connections. Southwest CEO Gary Kelly said Southwest was contemplating the policy change for two years, but expedited its implementation after a United Airlines customer was forcibly removed from a flight that was oversold.